Lionel Messi’s son Mateo was clearly thrilled as his dad won his sixth Ballon d’Or in Paris on Monday.

After his first victory came in 2009, Messi now leapfrogs Cristiano Ronaldo who has five awards and after Messi’s name was announced, his four-year-old son could not contain his excitement.

SCROLL DOWN FOR VIDEO

Mateo was videoed laughing hysterically when his dad went to collect the prize, turning to another boy believed to be Messi’s nephew, Augustin.

The four-year-old continued to turn his head in excitement and bounce around in his chair – he was at the ceremony with seven-year-old brother Thiago and mum Antonella Roccuzzo.

Messi won the prestigious crown after 54 goals last season for club and country, as he won his 10th La Liga title with Barcelona. 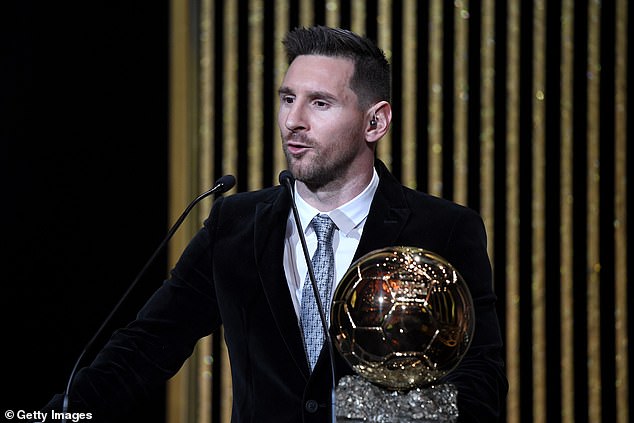 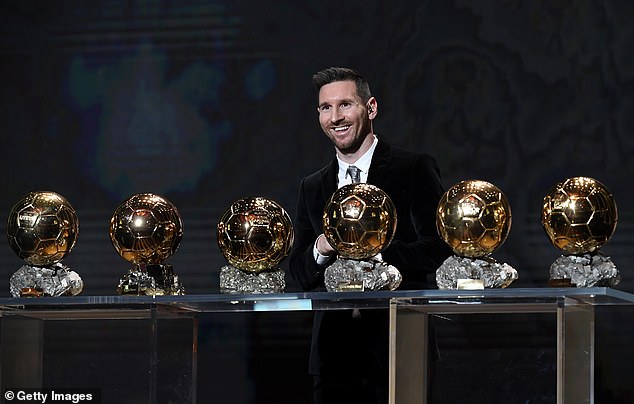 The 32-year-old is pictured with all six of his prizes, dating back all the way to 2009

He also put in some memorable performances, including a breathtaking free-kick against Liverpool in last season’s Champions League semi-final first leg.

Despite that, Liverpool turned round that deficit and won the competition which was Messi’s primary goal at the beginning of the season.

Nevertheless, the 32-year-old continues to reach staggering individual heights, and with Barca currently top of the La Liga table this season, no end to the dominance of the Argentine magician appears to be in sight.