The pair faced off in Kansas City in Invicta's final event of the year. 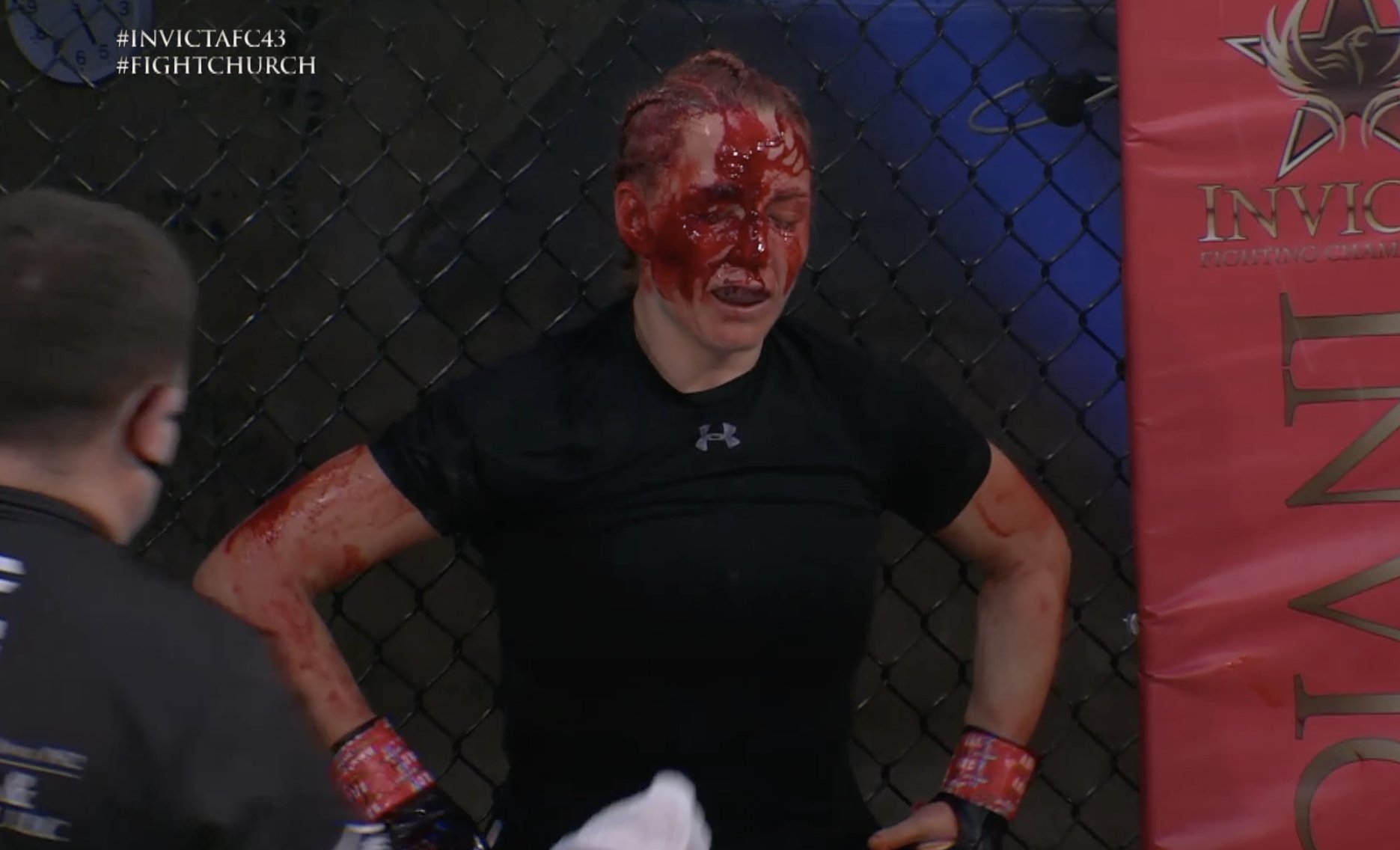 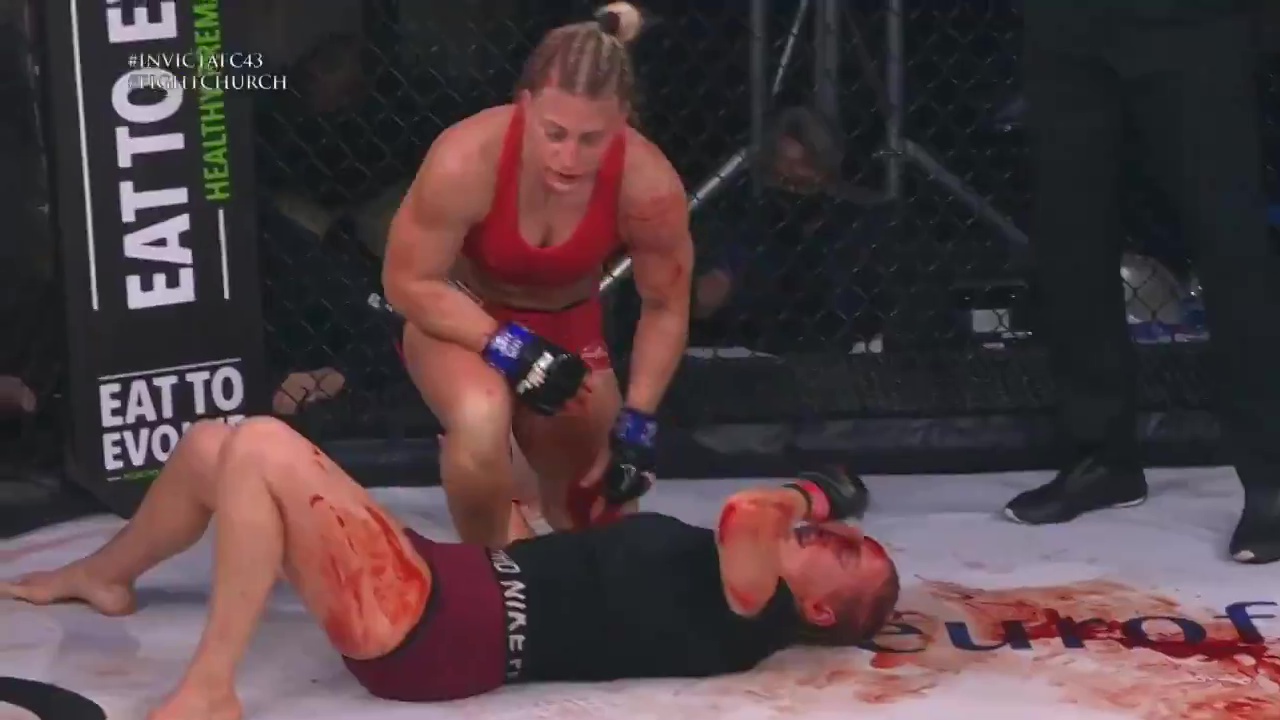 And Harrison, 30, dominated from the start, hurting her opponent with a series of kicks before, at the second attempt, forcing the fight to the ground.

She then unleashed some gruesome ground and pound, cutting King with a vicious elbow.

King did manage to thwart an attempted armbar before the end of round one.

But worse was to come in the second, after King was cleared to continue following extensive work to clean up her cut.

Harrison again forced the fight to the mat, reopening the wound before referee Marcio Laselva had seen enough.

The win takes Harrison, the current PFL lightweight champion, to 8-0 in her career.

Harrison's win was also her featherweight debut, having dropped down from her usual 155 lbs.

And the two-time Olympic Judo gold medalist plans to stick around with Invicta for one more fight before returning to the PFL next year.

While Hope Chase got the win against Brittney Cloudy via a rear naked choke.