Monaghan footballer Darren Hughes has received an eight-week ban following an incident during the Farney County’s win over Fermanagh.

Hughes, who has been out of action thus far in the championship due to injury, was acting as a water-carrier during the first-round qualifier at Clones, and became embroiled in an incident approaching full-time.

The Scotstown club man was on the road to recovery from a broken ankle, and was thus acting as a team official rather than in a playing capacity during the Fermanagh tie. 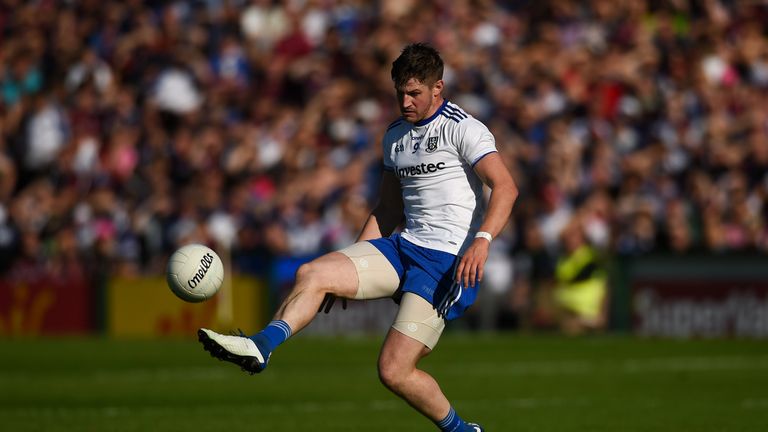 On Thursday morning it was announced that the Central Hearings Committee upheld an eight-week ban, which will dent Monaghan’s chances of negotiating the qualifiers.

Monaghan face Armagh in a crucial round two qualifier game on Saturday, as Malachy O’Rourke’s charges look to keep their championship alive with the goal of returning to the Super 8s.