LYON and Saint Etienne supporters proved they boast one of the fiercest rivalries in Europe after their fans violently clashed in the streets.

Over a hundred armed hooligans swarmed the backstreets on Saturday evening ahead of their match on Sunday. 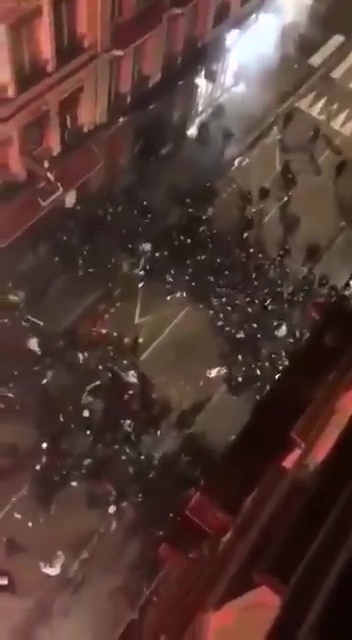 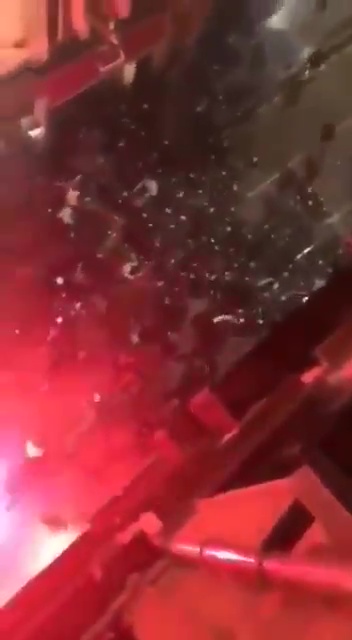 Video footage taken from one of the flats above the action filmed how the drama unfolded.

Both sets of fans were launching items at each other including flares and chairs as it threatened to get nasty.

Lyon fans, reportedly on the right, then charged at the 'Magic' supporters as a huge melee of bodies started scrapping.

Glass can be heard smashing among the roars of those involved before St Etienne fans were forced to flea after being overrun.

Small groups of supporters can then be seen fighting among each other before the shameful scenes eventually appeared to die down.

Police then arrived causing everyone involved to sprint off into the night.

The rivalry is so heated that Saint Etienne supporters have been prevented from going to the game – as were Lyon fans in the reverse fixture.

They were also prevented from entering the city from midnight, meaning they arrived before the curfew to instigate trouble.

According to one Lyon fan on Reddit, Etienne supporters posted a comment to inform them they were in the city around 8pm.

The two stadiums are situated around 43 miles apart. 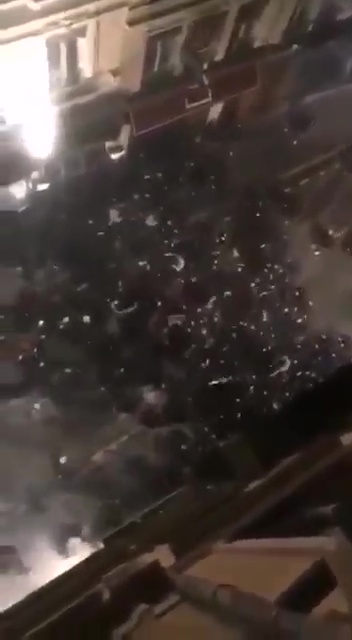