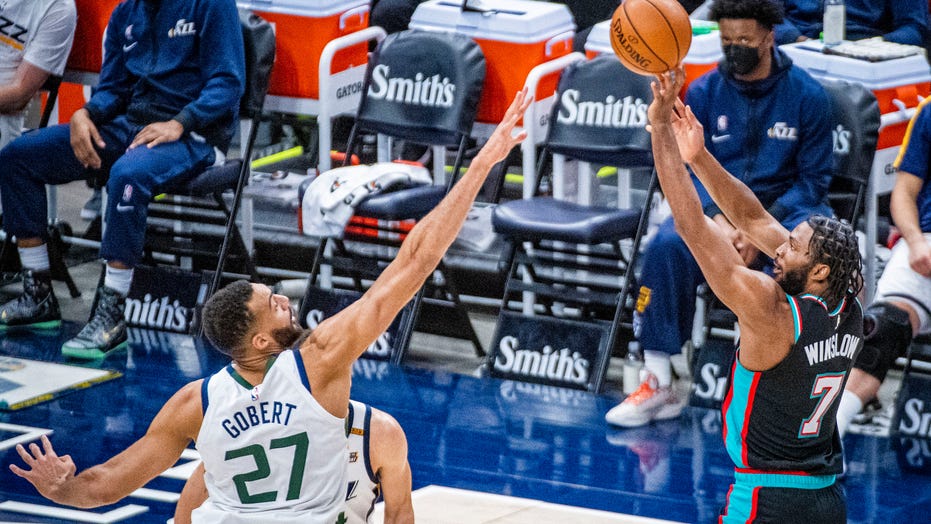 Trailing by 11 points with 3:34 remaining, Memphis cut it to a one-possession game in the final minute. The Grizzlies had a chance to force overtime when Mitchell missed a driving bank shot with 14.4 seconds left. Dillon Brooks missed a 3-pointer on the other end and Mike Conley won a jump ball with 1.9 seconds left to seal the victory.

“We did a good job of weathering the storm and coming out with a win,” Mitchell said.

Ja Morant had 32 points and 11 assists for Memphis. Jonas Valanciunas added 14 points and 18 rebounds, Brooks had 22 points, and Grayson Allen 17. The Grizzlies dropped to 21-21, falling for the first time in four games.

The Jazz led by as many as 21 in the third quarter before the Grizzlies rallied.

“In the second half, we raised our pace and got on the break,” Brooks said. “That’s the way we got to play from the jump.”

Utah built its largest lead early in the third quarter, going up 73-52 on a layup from Gobert. As the second half progressed, Memphis chipped away and used a 21-9 run to pull within 82-73 late in the third quarter. Morant scored three baskets and added a pair of free throws to fuel the run.

He didn’t let up in the fourth quarter.

Morant fed Brooks for a pair of baskets, scored a basket and hit three free throws to help trim a double-digit deficit to single digits again in the final minute. Brooks then cut it to 117-114 on a 3-pointer with 34.3 seconds left.

Mitchell came through with several big baskets in the fourth quarter to keep the Jazz from just its third home loss of the season. He scored Utah’s final nine points.

“Donovan really, down the stretch, was super efficient,” Jazz coach Quin Snyder said. “He’s aware of all the different reads he needs to make and will keep working on it.”

Grizzlies: Valanciunas had at least 10 rebounds for a league-leading 12th consecutive game. … Allen is 12 of 24 from 3-point range over his last three games.

Jazz: Clarkson made a 3-pointer for the 70th consecutive game. He also missed just his fourth free throw of the season. … Royce O’Neale had 10 rebounds.

Clarkson missed eight of his first nine shots before going 3 of 4 from the field in the fourth quarter. He scored nine of his 14 points during the quarter. The Jazz sixth man went 1 of 15 from the field in his previous game for Utah.

“You’ve just got to keep going, stay focused on what you do, taking the shots,” Clarkson said. “We’re doing a good job of continuing to win games and pulling each other up when we’re not hitting shots.”

“I fear God. I don’t pay attention to who’s in front of the rim, who’s protecting the room. I’m being aggressive, regardless.” — Morant on repeatedly attacking the rim and Gobert.