NBA hotshot Andre Drummond left an eye-watering $1,000 tip for a waitress who cried "tears of happiness".

The Cleveland Cavaliers ace showed his softer side at a Florida restaurant amid the coronavirus crisis. 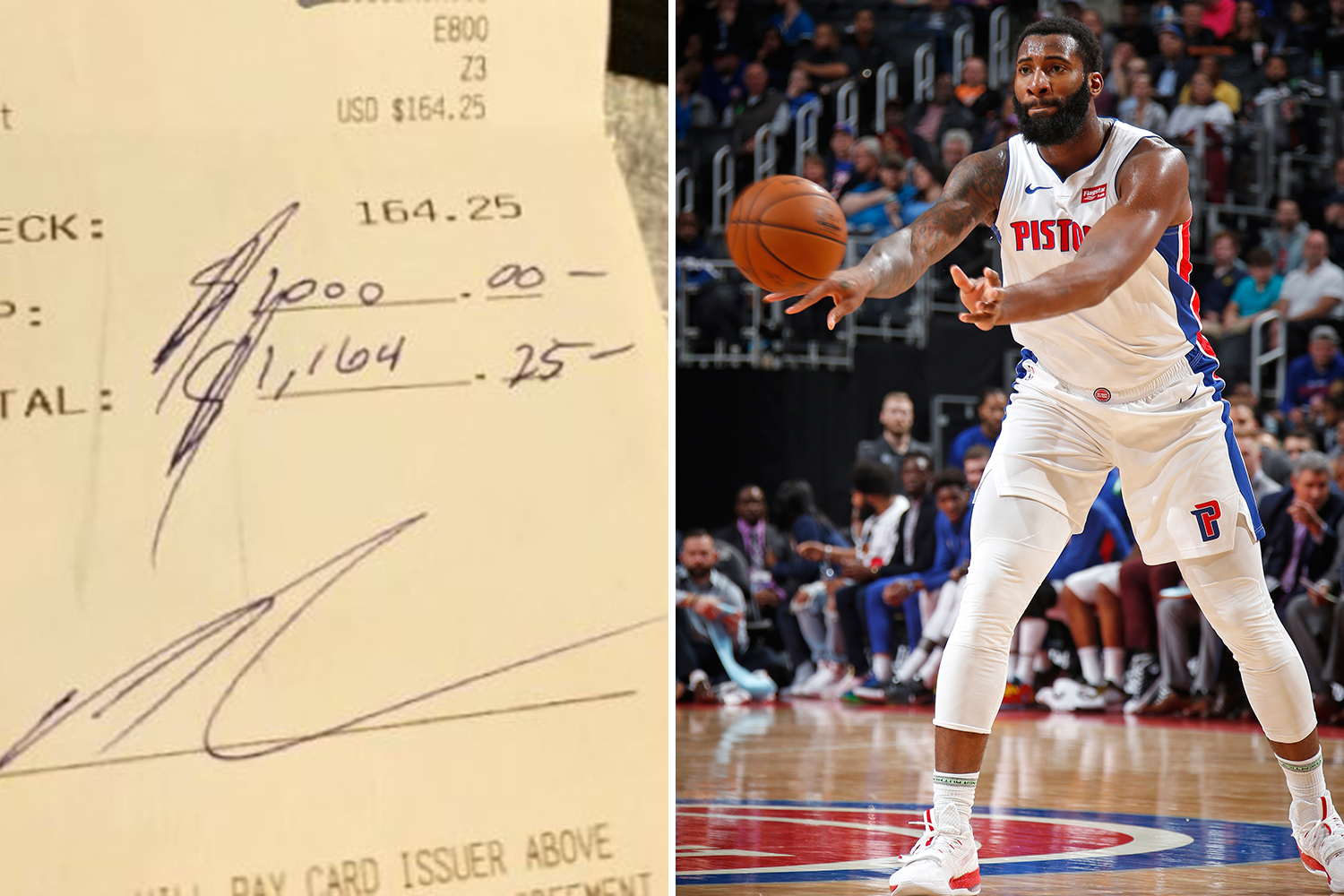 Waitress Kasandra Diaz admitted she didn't know who the kind-hearted customer was until she spotted the staggering $1,000 tip left on a $164 bill – which left her in shock.

Diaz posted a snap of the receipt on Instagram, and wrote: "When I was given the checkbook, I went to put in the tip and information to close the table and I couldn't believe it,

"I had no idea how to react, I didn’t want to draw attention but at the same time I couldn’t describe the the amount of appreciation I had and have.

"It’s so amazing to see people displaying acts of kindness in these uncertain times. This is a story I will never forget, thank you again so much."

Drummond – who is thought to be raking in over $27 million this season, replied: "Thank you for being amazing!" and he also thanked the restaurant for its hospitality.

The general manager of the restaurant told the South Florida Sun-Sentinel that Diaz would be able to keep the entire tip.

The Cavaliers star was enjoying his eighth season in the NBA before coronavirus put the campaign on standby.

Prior to this term, he had been loyal to the Detroit Pistons his entire career until they traded him to Cleveland in February.

He is a three-time rebounding champion and two-time All-Star who was named to the 2015-16 All-NBA third team.

The NBA suspended their season "until further notice" after French Utah Jazz star Rudy Gobert tested positive for the killer virus on March 12.

The league's top brass are reportedly in talks to resume the season at Florida’s Walt Disney World Resort in late July.

The Disney ESPN Wide World of Sports Complex in Orlando could be used as a “single site for games, practices and housing” to cut down on team travel across the States.

Meanwhile basketball fans have been sinking their teeth into new ten-part Netflix series The Last Dance which has proven to be a real hit.

The show offers an incredible insight into Jordan's final year at the Bulls – and flashbacks to his formative years.