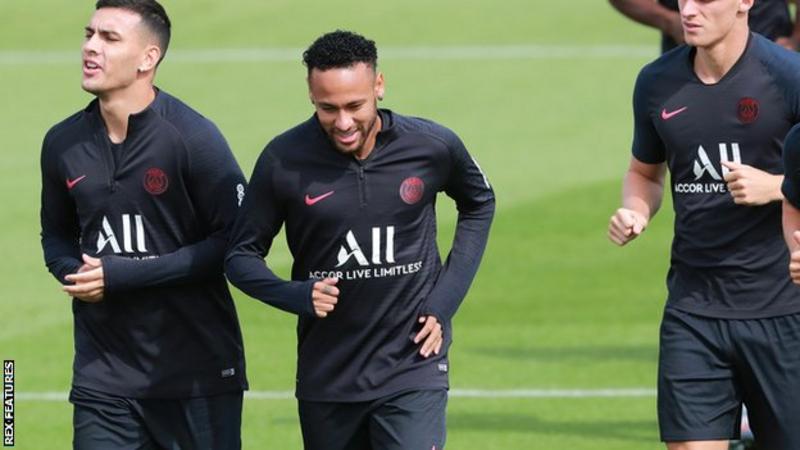 Forward Neymar will not play for Paris St-Germain in their opening Ligue 1 fixture against Nimes, with the French champions suggesting the Brazilian could be set to leave the club.

Leonardo, PSG’s sporting director, said that talks about the the 27-year-old’s exit were “more advanced than before”.

But the club were not ready to give their approval to a transfer, he said.

The world most expensive player has been linked with a return to Barcelona and a move to arch-rivals Real Madrid.

Neymar joined PSG in 2017 when the club, owned by the wealthy Qatar Sports Investments, paid 222m (£200m) to Neymar so that he could buy himself out of his contract.

The striker has scored 34 league goals in two seasons for the French giants, although injuries interrupted both of those campaigns.