Home » Sport » NFL WEEK 4: Our official predictions for who wins this weekend 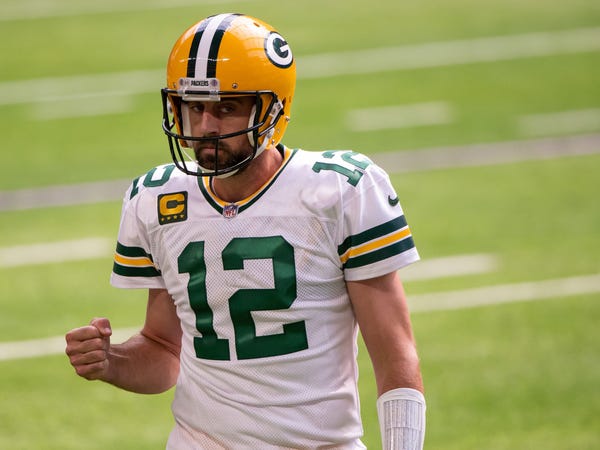 Through three weeks of football, this NFL season is as difficult to figure out as any in recent memory.

The 3-0 Chiefs are great. The similarly undefeated Chicago Bears had to make a mid-game quarterback switch to steal a win against the Falcons last weekend. The 0-3 Jets are terrible, but the 0-3 Texans might actually be good, and simply victims to a schedule that saw them face three of the best teams in football to start the season.

With so much unknown about the league, it makes picking games against the spread that much more difficult and much more fun.

Take a look below at our best bets against the spread for Week 4 of the NFL season (* indicates home team).

I'm not backing the Jets until they prove they can compete in a real NFL game. Going up against a backup quarterback at home Thursday night, they have a good chance at proving that. I'm still betting against them.

The Chicago Bears' decision to switch to Nick Foles mid-game proved a good one and felt like the right move for the team going forward this year. But the Colts have been locked in on defense since being upset Week 1 at the hands of the Jaguars — through their past two games, Indianapolis has allowed just 18 points combined to their opponents.

Foles and the Bears should be a solid team moving forward, but scoring three straight touchdowns against the Falcons like they did last weekend isn't the same test that this Colts team presents.

Drew Brees does not look like himself. Whether its the absence of stud wide receiver Michael Thomas, another year of aging, or any multitude of other concerns, Brees' arm just hasn't been there to start the year for the Saints.

Brees is last in the league in intended air yards per pass attempt, with his average pass traveling just 4.6 yards — no other quarterback in the league is lower than 6.0. While the Saints still have the pieces to put up some points, opposing defenses are going to start bearing down on New Orleans if Brees really isn't a threat to throw the ball more than 15 yards downfield on any given play.

Feels like the Lions could steal this one outright.

This looks like a great spot to play the Cardinals from a betting perspective, buying low on Arizona after a disappointing showing against Detroit, and selling high on the Panthers after their upset win over the Chargers.

The Cardinals have all of the pieces to compete for the NFC West division title this year, but to do it, they'll need to take care of business against lesser opponents like the Panthers.

Joe Burrow is still looking for his first NFL win, and with the Ravens and Colts next on the schedule, this game is likely his best shot to get one before Halloween. The Bengals haven't been great this year, but they've played competitive with teams that outmatched them based on pure talent, and Burrow doesn't strike me as the type to go winless four weeks in a row without a fight.

The Dallas Cowboys are the most confounding 1-2 team in recent memory. Their two losses came in competitive games that came down to the final drive against the Seahawks and Rams, two of the better teams in the NFC. Their one win came against the lowly Falcons on a miracle play.

A solid win against the Browns this week would go a long way in solidifying the Cowboys as a team that can compete atop the NFC the rest of the way and set Dallas apart from the poor play of the rest of the NFC East so far this season.

The Houston Texans can't catch a break, having started their season with games against the Chiefs, Ravens, and Steelers, resulting in an 0-3 start to the year. They're better than their record indicates, but the tailspin might already be too tough to pull out of against a Vikings team that can't exactly afford to drop another game either.

It feels dangerous to bet against Seattle, given how hot their offense is playing, with Russell Wilson setting a new high mark for touchdowns thrown through three weeks of an NFL season with 14. Still, there are reasons to be wary here — the Seahawks defense has let up an average of 440 passing yards to opponents per game this year, and Dolphins quarterback Ryan Fitzpatrick has a knack for occasionally putting up huge numbers.

This line just feels a bit too long. The Buccaneers aren't as great as their easy win over the Broncos made them look, and the Chargers aren't as bad as their embarrassing loss to the Panthers would seem to indicate. Tampa Bay probably takes this game, but a backdoor cover feels in play.

After getting run off the field on Monday night against the Chiefs, the Ravens aren't going to leave any points unscored against Washington this weekend. Best of luck to the Football Team as they're going to need it.

Through three games, the Giants have scored just three touchdowns, one of which came in garbage time of Week 1 against the Steelers. I'm not sure how many they plan on scoring on Sunday, but it won't be enough to keep pace with the Rams.

Bill Belichick doesn't get spotted a touchdown that often, and after such a hot week for the Chiefs, it's not hard to imagine them having a down game against one of the few opponents that might have a chance of successfully game-planning against them on defense.

The Bills run to 3-0 has been an impressive one, but it feels like the bill will come due for them eventually. Last week, they nearly gave up a 28-3 lead before getting bailed out late with a bit of help from a ghost pass interference call against the Rams.

In the NFL, luck tends to run out quickly, and the Raiders have been better than their loss to the Patriots last week showed.

The Eagles look fundamentally broken on every side of the football, but so did the 49ers for their past two wins. If anything, this feels like it's going to be a weird one, and in weird games, take the underdog.

The Atlanta Falcons defense has yet to hold an opponent under 30 points scored. The Packers offense has yet to score less than 37 in a game. Aaron Rodgers is feeling himself. I wouldn't bet against him in primetime.