NHL, Quebec City in discussions to bring the Nordiques back

The Quebec Nordiques could soon be returning to an arena near you.

Quebec Premier Francois Legault is in discussions with NHL commissioner Gary Bettman to bring back the defunct franchise. RDS reports that Legault will be meeting with senior leaders of the NHL in early 2022.

“You have to look to know who is ready to invest,” Legault said. “We have an amphitheater already built in Quebec and we are making contacts with Commissioner Gary Bettman to find out what we need to bring back the Nordiques.” 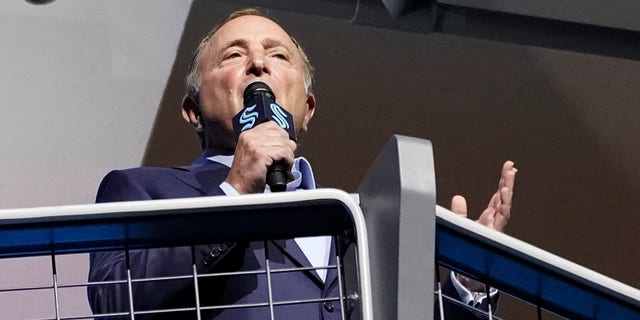 The Quebec Nordiques were originally founded in 1972 to play in the World Hockey Association (WHA). The WHA merged with the NHL in 1979, bringing the Nordiques, Whalers, Oilers and Jets to the No. 1 league in North America. From the time the Nordiques entered the NHL, there were issues. 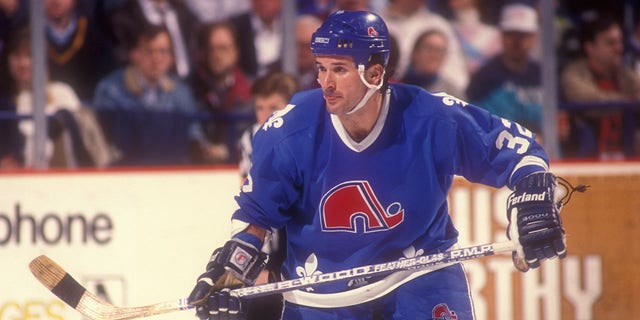 LANDOVER, MD – FEBRUARY 6:  Curtis Leschyshyn #32 of the Quebec Nordiques looks on during a hockey game against the Washington Capitals on February 6, 1990 at Captal Centre in Landover, Maryland. The Capitals won 2-0.
(Mitchell Layton/Getty Images)

As Legault said, Quebec City has a new facility already in place. The Vidéotron Centre opened on Sept. 8, 2015 and hosts the Quebec Remparts of the QMJHL. The building has a capacity of 18,259, making it the largest indoor arena in Canada that doesn’t host an NHL team.

Meanwhile, it’s possible the Arizona Coyotes could be on the way out. Arizona has ranked 28th or worse in attendance in the past five seasons. The city of Glendale notified the Coyotes in August that 2021-2022 will be the team’s last season playing inside the Gila River Arena. Team president Xavier Guttierez, however, says the team is still on the hunt to find a long-term solution in Arizona but time is running out. 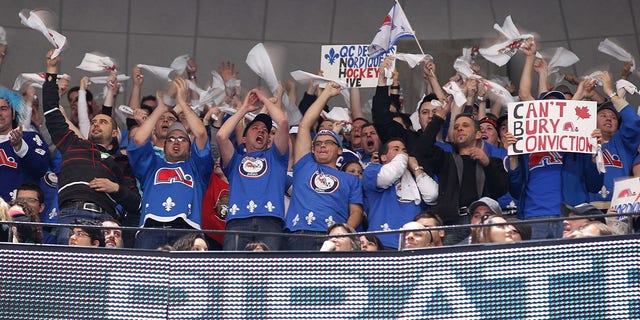 OTTAWA, CANADA – FEBRUARY 11: Fans of the Nordiques show their support to bring an NHL franchise back to Quebec during a game between the Ottawa Senators and the Edmonton Oilers on Hockey Day In Canada at Scotiabank Place on February 11, 2012 in Ottawa, Ontario, Canada.
(Andre Ringuette/NHLI via Getty Images)

The NHL has expanded from 30 to 32 teams in the past four years. The Vegas Golden Knights began playing in 2017-2018, while the Seattle Kraken are currently in their first season in the NHL.