Many players around the league shared their thoughts on social media regarding the signing, and Beckham’s former Cleveland Browns teammate John Johnson III had an interesting take. 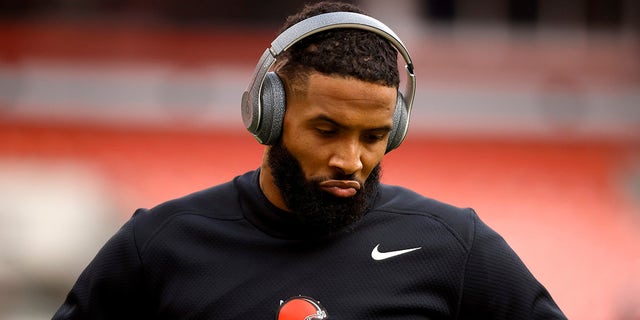 Cleveland Browns wide receiver Odell Beckham Jr. warms up prior to the start of a game against the Pittsburgh Steelers, Sunday, Oct. 31, 2021.
(AP Photo/Kirk Irwin, File) 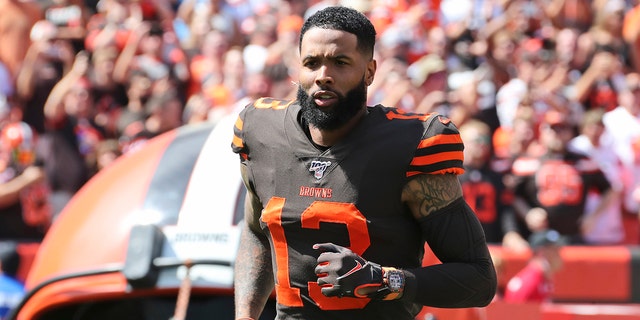 In this Sunday, Sept. 8, 2019, file photo, Cleveland Browns wide receiver Odell Beckham Jr. is introduced as he runs out on the field before a game against the Tennessee Titans in Cleveland.  (AP Photo/Ron Schwane, File)

“They are going to find a way to get him the ball. Matt Stafford is one of the best doing it right now. They have an electric offense. They are fun to watch. I’m going to be tuned in and see how it goes. But that’s a good situation to go to if you’re a wide receiver, I know that.”

After he was released by the Browns last Friday, Beckham went unclaimed and passed through waivers on Tuesday, which allowed him to sign with a team of his choice.

Initial reports said Beckham’s top three targets were the Seattle Seahawks, San Francisco 49ers or New Orleans Saints. After he went unclaimed, more reports surfaced that the Green Bay Packers were Beckham’s top destination. The Rams weren’t even mentioned as a potential team the superstar wideout had an interest in.

In a little more than two seasons with the Browns, Beckham played in 29 games and caught 114 passes for 1,586 yards and seven touchdowns. He played only 13 games over the last two seasons because of injuries. 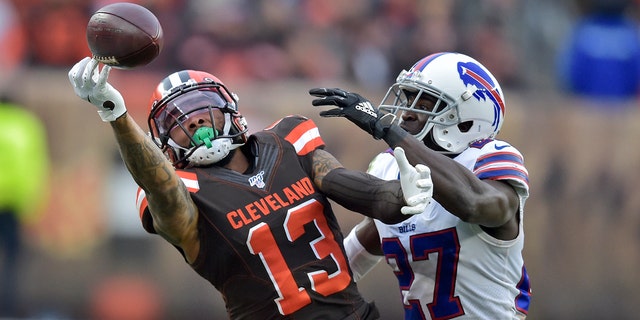 This season, Beckham has played through a shoulder injury. He had been targeted the most of any receiver on Cleveland’s offense but only had 17 catches for 232 yards to show for it.

Now, Beckham will join a wide receiver corps that features Cooper Kupp and Robert Woods and will be on the receiving end of passes from quarterback Matt Stafford. The Rams were already one of the most prolific offenses in football. Now, they have a new weapon.