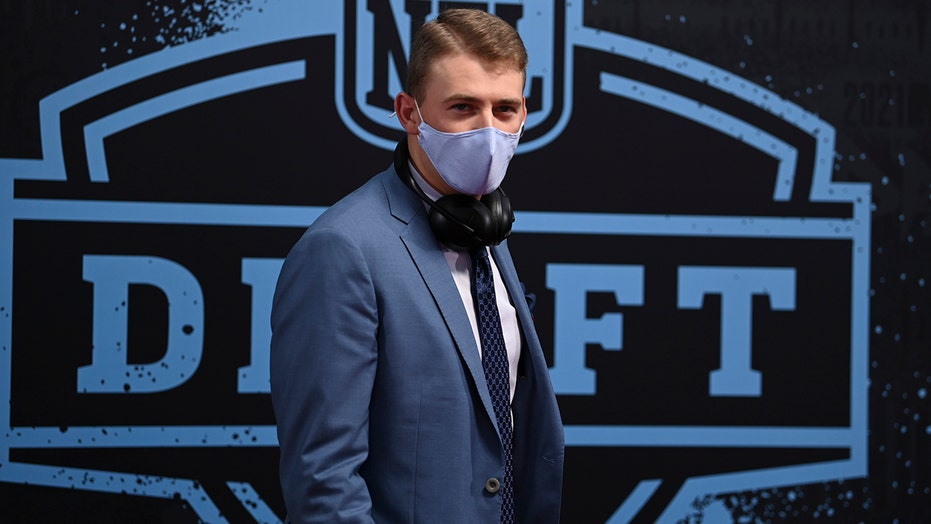 New England may have found its quarterback in the post-Tom Brady era.

The Patriots stayed put at No. 15 overall and they selected Alabama’s Mac Jones in the first round of the 2021 NFL Draft on Thursday night. After being drafted by New England, Jones told NFL Network that he’s happy with where he landed.

“This is what I wanted all along,” Jones said. “And I can’t wait to play for the greatest franchise in NFL history.”

New England’s selection of Jones makes it the first time head coach Bill Belichick has drafted a quarterback in the first round. Since 2010, the Patriots have now drafted seven players from Alabama, which is tied with the Baltimore Ravens for the most of any team in that span.

Jones, a national champion at Alabama, will be the next quarterback to have an opportunity to become a star for the Patriots. During his stellar 2020 season leading the Crimson Tide, Jones set an FBS record with a 77.4 completion percentage. He also led the nation with a school record 4,500 passing yards, and he threw for 41 touchdowns. Jones was recognized as a first-team All-American and he won the Davey O’Brien Award as the country’s top quarterback.

Here were some of the reactions on Twitter to New England drafting Jones.

Jones joins a Patriots team that is in transition after finishing 7-9 in 2020 and missing the playoffs for the first time since 2008. One of the biggest reasons was Cam Newton’s struggles to get his footing in the offense after taking over for Brady following his departure in free agency to Tampa Bay.

Newton re-signed  with the Patriots in the offseason but returns on only a one-year deal. His backup last season, Jarrett Stidham, was beaten out for the starting job and has underwhelmed in limited action during his first two years in the league.

Jones becomes the 10th consecutive player to win the O’Brien award and be selected in the first round of the NFL draft. He is also the third former Crimson Tide quarterback to be chosen in the first round since 1967, following Tua Tagovailoa (taken fifth in 2020) and Richard Todd (sixth in 1976).