PAUL POGBA has been backed to join Real Madrid.

That's according to bookmakers Betfair, who've priced the Spanish heavyweights at 11/4 to snap up the Frenchman's coveted signature. 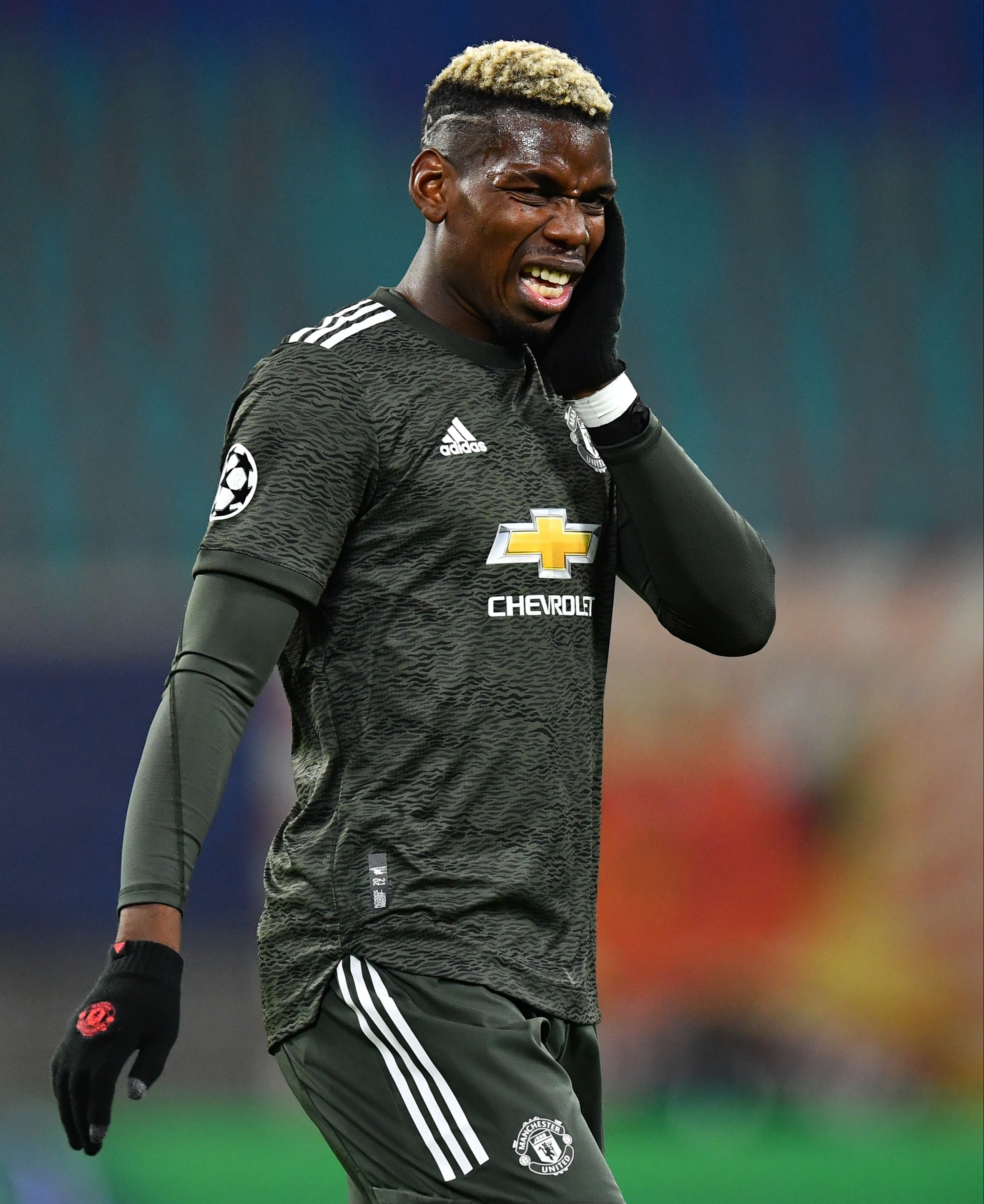 It's a 5/1 chance that the unhappy Manchester United midfielder joins Neymar and Kylian Mbappe at Paris Saint-Germain in January.

A sensational return to Juventus isn't out of the question with Andrea Pirlo's side priced at 11/2.

And a high-profile switch to join Lionel Messi and Co. at Barcelona is the last of the single-figure prices at 9/1.

There's then a big leap to the outsiders with Inter Milan and Bayern Munich offered at 19/1 and 20/1 respectively.

Premier League duo Manchester City and Chelsea are both locked at 33s.

He declared that Pogba is "unhappy" at Manchester United and "has to change teams" in the next transfer window during an interview with Italian publication Tuttosport.

He told Tuttosport: "Paul is unhappy. He is no longer able to express himself as he would like and as expected of him.

"He has a contract that will expire in a year and a half, but I think the best solution for the parties is to sell him in the next market.

"It is useless to go around it. Better to speak clearly, look ahead and not waste time."

And the Norwegian, who put Pogba on the bench, hit back.

He told reporters: "As soon as Paul's agent realises this is a team sport and we work together, the better.

"That's probably maybe the last thing I say on that. I don't want to spend energy on that."

Former defender Phil Neville is not surprised by the situation and thinks a move away is the best solution for all parties.

He said: "The agent's comments, to me, were pre-planned, pre-rehearsed – knowing when Ole Gunnar Solskjaer was doing his press conference, knowing exactly the right words to use.

"When I read those comments I wasn't surprised, it wasn't a bombshell. Paul is not happy, he doesn't look happy, he's not playing to his full potential and hasn't been for a long time.

"Ultimately, the inevitable is going to happen that Pogba has to leave United. The sooner you get rid of players like Pogba, players who don't want to be there – in a dressing room that's thinking about the long term with energy and that vision of maybe going to win something – you have to sieve out the weeds.

"At the moment Pogba needs to get out of that dressing room and that would suit everyone at United and Pogba as well."

*Terms and conditions: Min stake £10, min odds 2.0. Only deposits made using Credit/Debit Cards or ApplePay will qualify. Free bets are awarded after the qualifying bet has settled, valid for 30 days, must be used on multiples with 3+ legs. Max £50 in free bets. T&Cs apply. 18+ Begambleaware.org

**Terms and conditions: New Customers Only. Qualifying bet must be placed at the normal odds • max bet £5 • Extra winnings paid in FREE BETS and added within 72 hrs of qualifying bet settlement • Free bet stakes not included in bet returns • Free bets expire 7 days after credit • This offer may not be combined with any other offer • Full T&C’s apply 18+ begambleaware.org