MANCHESTER CITY star Phil Foden has revealed what he said to Norway international Erling Haaland after his team's win against Borussia Dortmund.

The new Premier League champions knocked the German giants out of the Champions League in April and the Englishman was seen whispering in Haaland's ear. 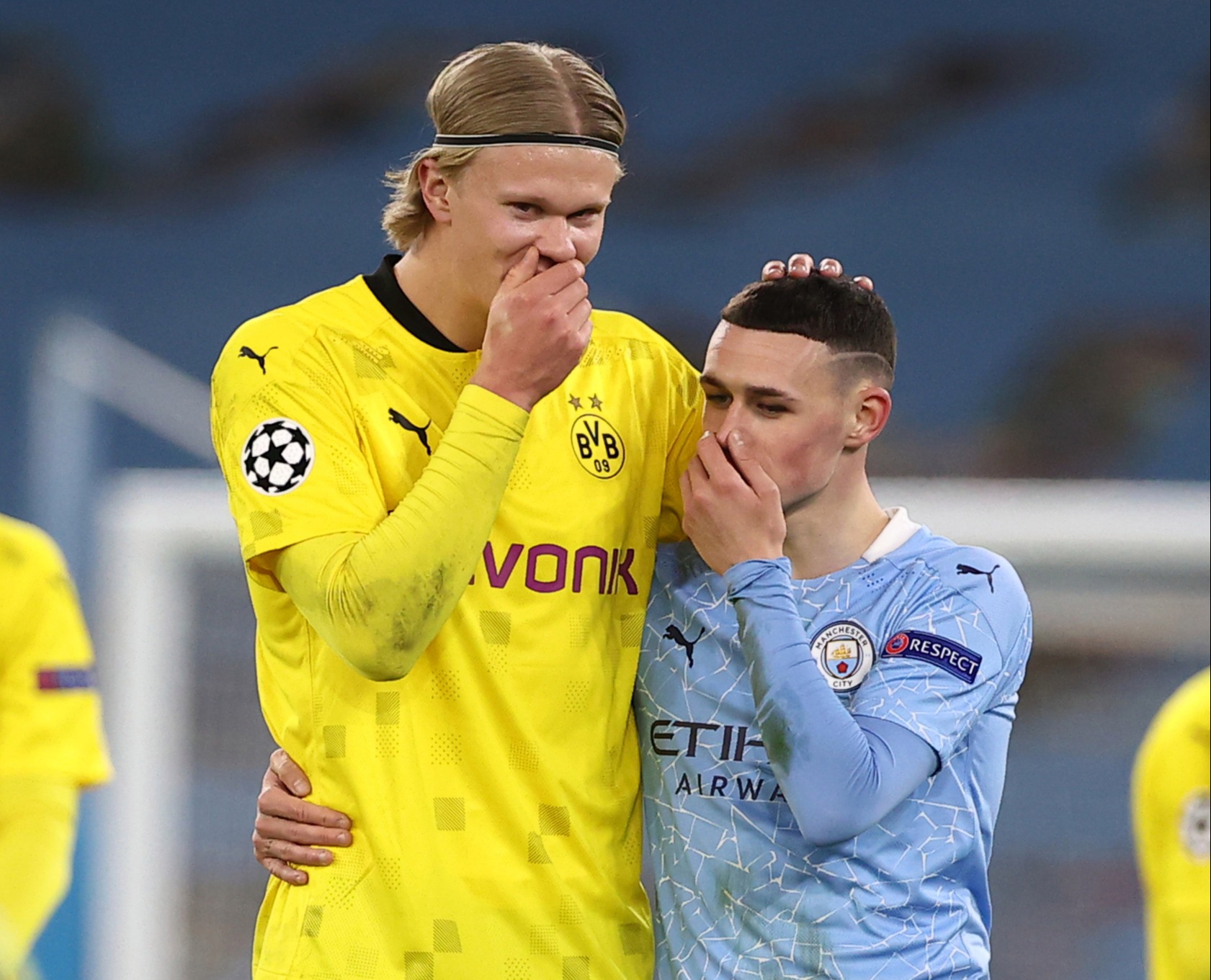 Speaking to Sky Sports, the 20-year-old said: "We were just talking about how he missed a few chances in that game, so it was a chat in general about the game and the result.

"It was nothing too special, a lot of people thought it was about other things. It was just about the game in general."

Many City fans were quick to call the England international 'Agent Foden' as they believed he was telling the Dortmund star how good it was to play under Pep Guardiola.

Presenter and ex-Barcelona forward Gary Lineker, who was covering the game for BT Sport, said on seeing the footage: "I wonder what's been said there… 'see you next season?'"

To which pundit and former Manchester United skipper Rio Ferdinand replied: "See you next year."

But it has now been confirmed the two were just having a standard chat about City's quarter-final triumph.

City have since beaten Paris Saint-Germain on their way to the Champions League final, where they will face Chelsea in Porto on May 29.

Foden has been instrumental in their European and domestic efforts, inspiring Guardiola's side to a Premier League and League Cup double.

Ferdinand recently described the Englishman as the best young player in world football, ahead of the likes of Haaland.

And City icon Shaun Wright-Phillips believes can become the most decorated English footballer of all time.