Aston Villa and Southampton observe minute’s silence in memory of Queen Elizabeth, before a rendition of the national anthem… but tributes are spoiled at Nottingham Forest with minority heard shouting ‘You Reds’

The Premier League has come together to pay tribute to Her Majesty The Queen in the first top-flight English football matches after her death last Thursday.

Queen Elizabeth II was 96 when she died at Balmoral last week and matches across England were postponed in the wake of her death.

The first Premier League games after her death were played on Friday night, with Aston Villa hosting Southampton and Nottingham Forest playing Fulham.

Before both fixtures, a minute’s silence was held in the memory of the Queen, while her image was broadcasted on big screens at Villa Park and the City Ground.

The lights were turned off at Villa Park for their silent tribute to Her Majesty, and reports suggested that the moment of silence was impeccably observed by both home and travelling supporters.

At the City Ground however, the silence was met with some home fans shouting ‘You Reds’, and others telling them to ‘shut up’, according to Sportsmail‘s reporter at the stadium, Adam Shergold.

At both grounds, there was a rendition of ‘God Save The King’ to mark the new reign of her son, King Charles III.

There was no pre-match music provided by the Premier League for this weekend’s matches and the traditional pre-match handshake was also abandoned as part of the changes made to standard protocol. 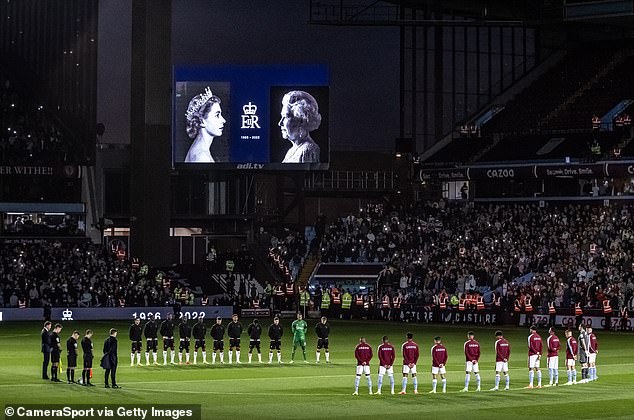 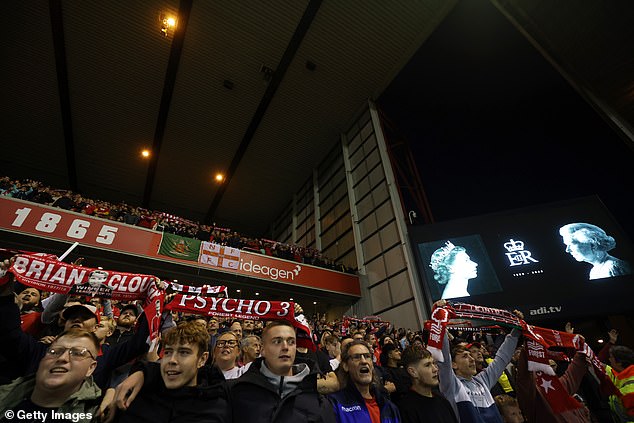 Images of the late Queen were broadcast on big screens, alongside silence and the anthem

Players and officials from all sides wore black armbands, following the official advice issued in a statement by the Premier League to mark its return, 12 days after the last match was completed.

While English top flight sides have played in European competition, these are the first top-flight domestic matches to take place in England under the rule of the new king.

At Villa Park, the hosts paid tribute to the late Queen Elizabeth II on the cover of their matchday programme.

A minute’s applause is prepared for the 70th minute of each match, to mark the long reign of Elizabeth II, who celebrated her Platinum Jubilee earlier in 2022.

A minute’s silence was also held at Meadow Park before the first match of the Women’s Super League season between Arsenal and Brighton. 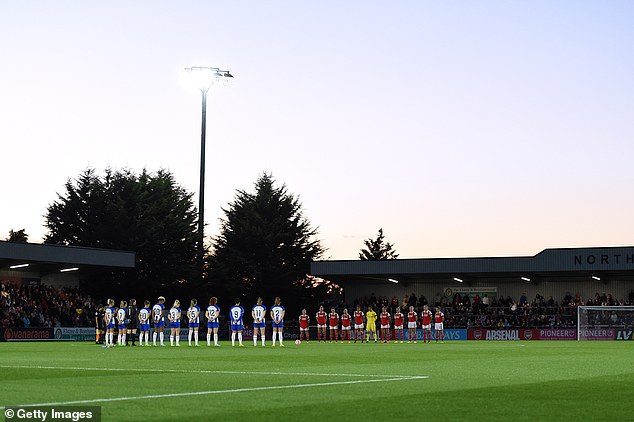 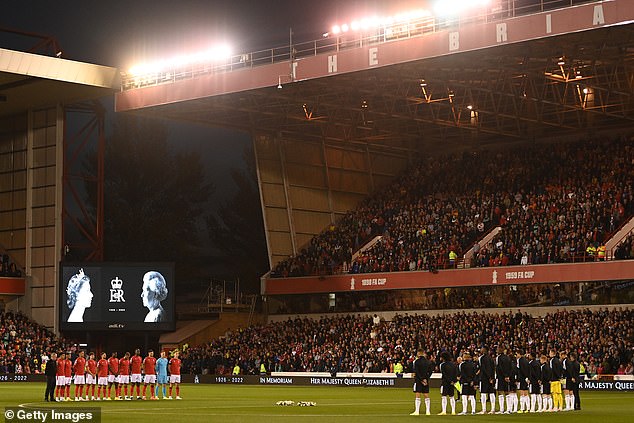 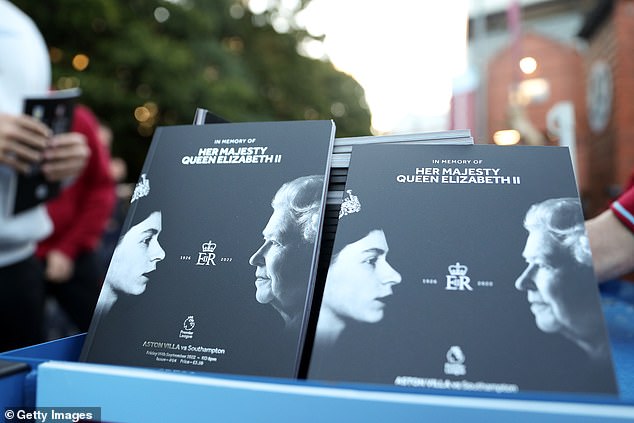 Seven Premier League games will take place this weekend. The fixture between Brighton and Crystal Palace was previously postponed due to proposed rail strikes and has not been reinstated, while Manchester United against Leeds and Chelsea against Liverpool have both been shelved due to police requirements in London ahead of the funeral on Monday.

There is a significant media presence in the capital already, alongside thousands of mourners and the expected arrival of senior political figures from across the world.

Therefore, thousands of police are being employed in London, reducing the numbers available for high-level football matches. 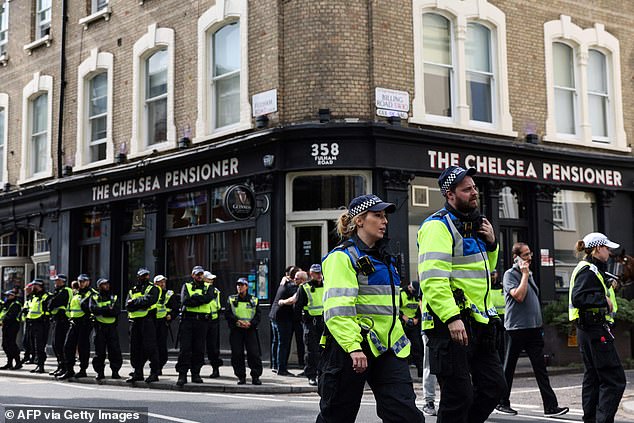 All Premier League matches between Friday 16 and Sunday 18 September will provide an opportunity for the League, clubs and fans to come together to pay tribute to Her Majesty Queen Elizabeth II, honouring her extraordinary life and contribution to the nation and world.

Players and match officials will wear black armbands as a mark of respect and, together with managers, will gather at the centre circle before kick-off.

Fans will be asked to join a minute’s silence, which will be followed by the National Anthem, God Save The King.

Big screens and LED perimeter boards will display tribute images to Her Majesty and flags at the grounds will be flying at half-mast.

When the clock turns to 70 minutes, fans will be invited to applaud The Queen’s 70-year reign.