Home » Sport » Raheem Sterling: From England scapegoat to skipper in 12 stunning months for the winger

TWELVE months ago, England were making their final preparations for the World Cup in Russia – a tournament that united the country as fans fell back in love with the national team.

But while the likes of Kieran Trippier, Jordan Pickford and – above all with his inflatable unicorn – Harry Maguire took on hero's status, one man continued to struggle in a Three Lions shirt. 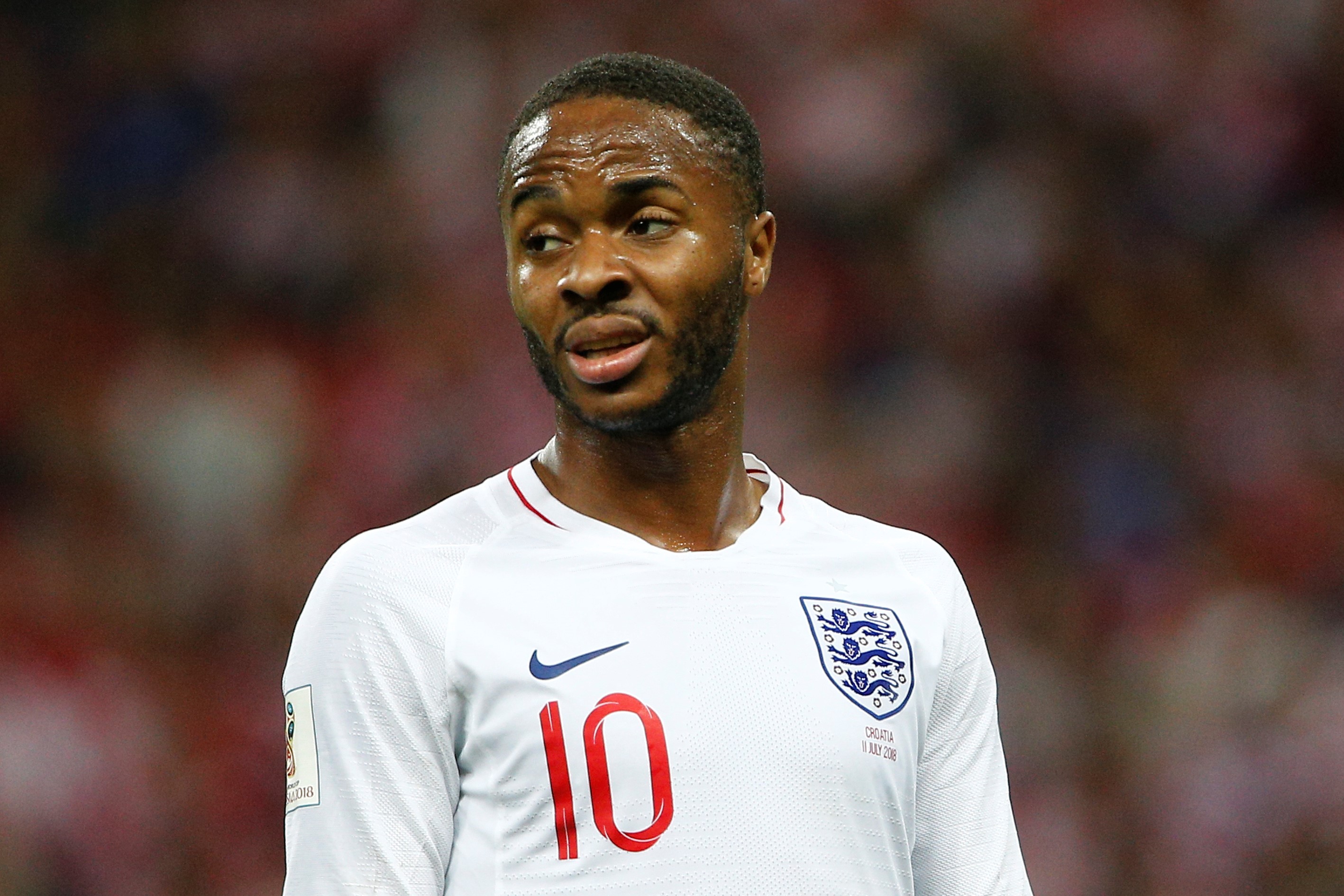 He was repeatedly off the pace, his international goal drought was ticking closer and closer to entering a fourth year and despite undeniably having bags of talent, he seemed incapable of replicating his club form on the international stage.

In truth, he was bailed out by Harry Kane against Tunisia after missing a hatful of chances before the skipper nodded in late on to secure the win.

Against Panama, despite England winning 6-1, he was below par and he struggled to make much of an impression in the knockout stages, either.

In fact, in the BBC's public polls, Sterling was rated as the worst England performer in his first four games at the World Cup.

Against Belgium in the third-fourth play-off, he was given a pitiful 3.17 out of ten, bettering only Kane by 0.01.

Things were looking bleak for the winger, despite having just won his first Premier League title under Pep Guardiola's stewardship. 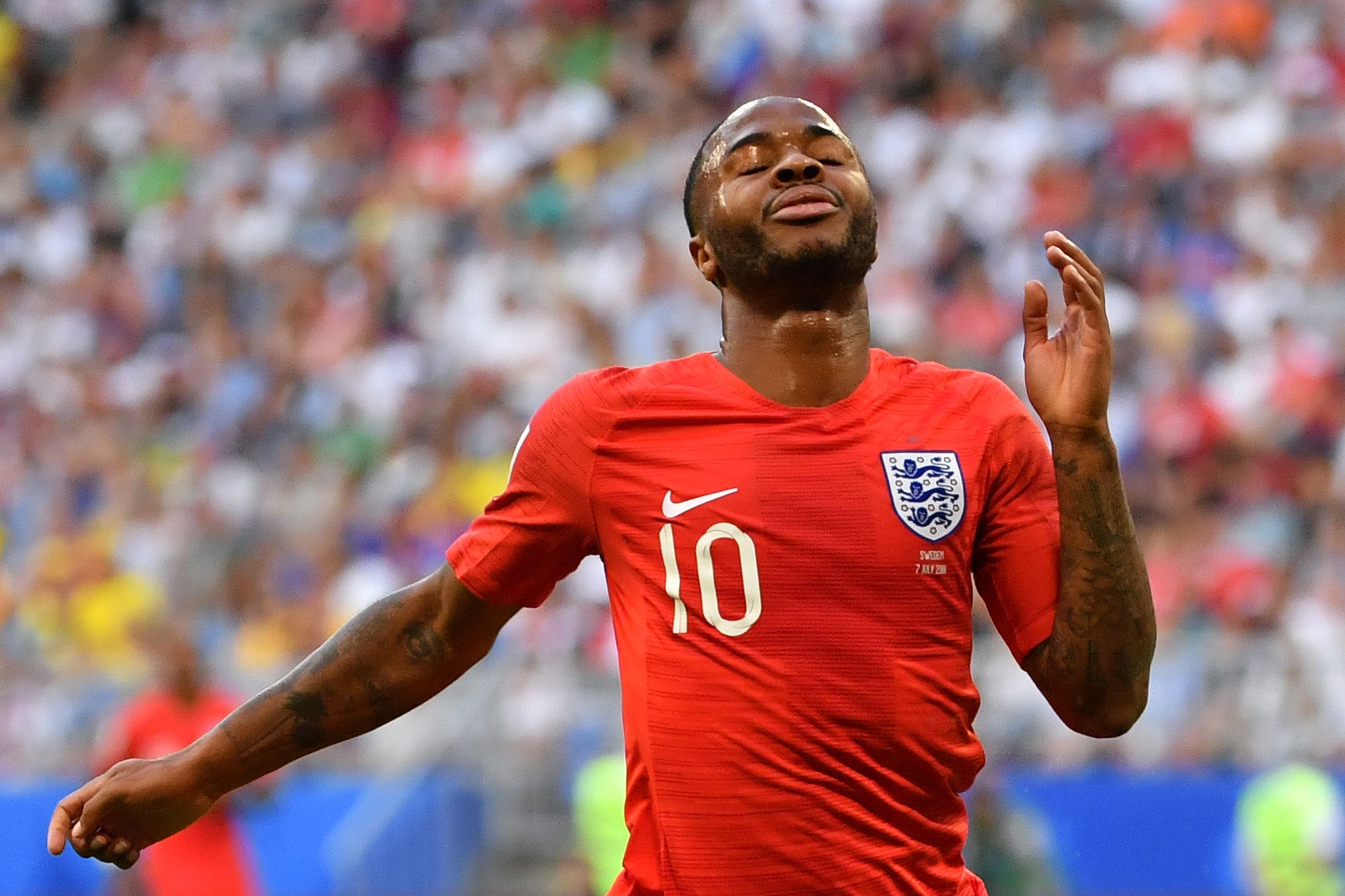 But a year later and Sterling looks set to lead out his country in his 50th cap for a semi-final against the Netherlands.

It has been some revival for Raheem.

The upward curve, which shows no sign of plateauing just yet, took its turn for the better on October 15, 2018 at the Estadio Benito Vallamarin in Seville.

Sterling ended his three-year, 27-game goal drought for the Three Lions – and he did it in style, latching on to Marcus Rashford's pass and firing into the top corner.

And just like a London bus, he tapped in his second just 22 minutes later.

This was the Manchester City Sterling who has scored 48 goals for his club over the last two seasons and played a huge role in winning the domestic treble this season.

This was a huge weight lifted off his shoulders. 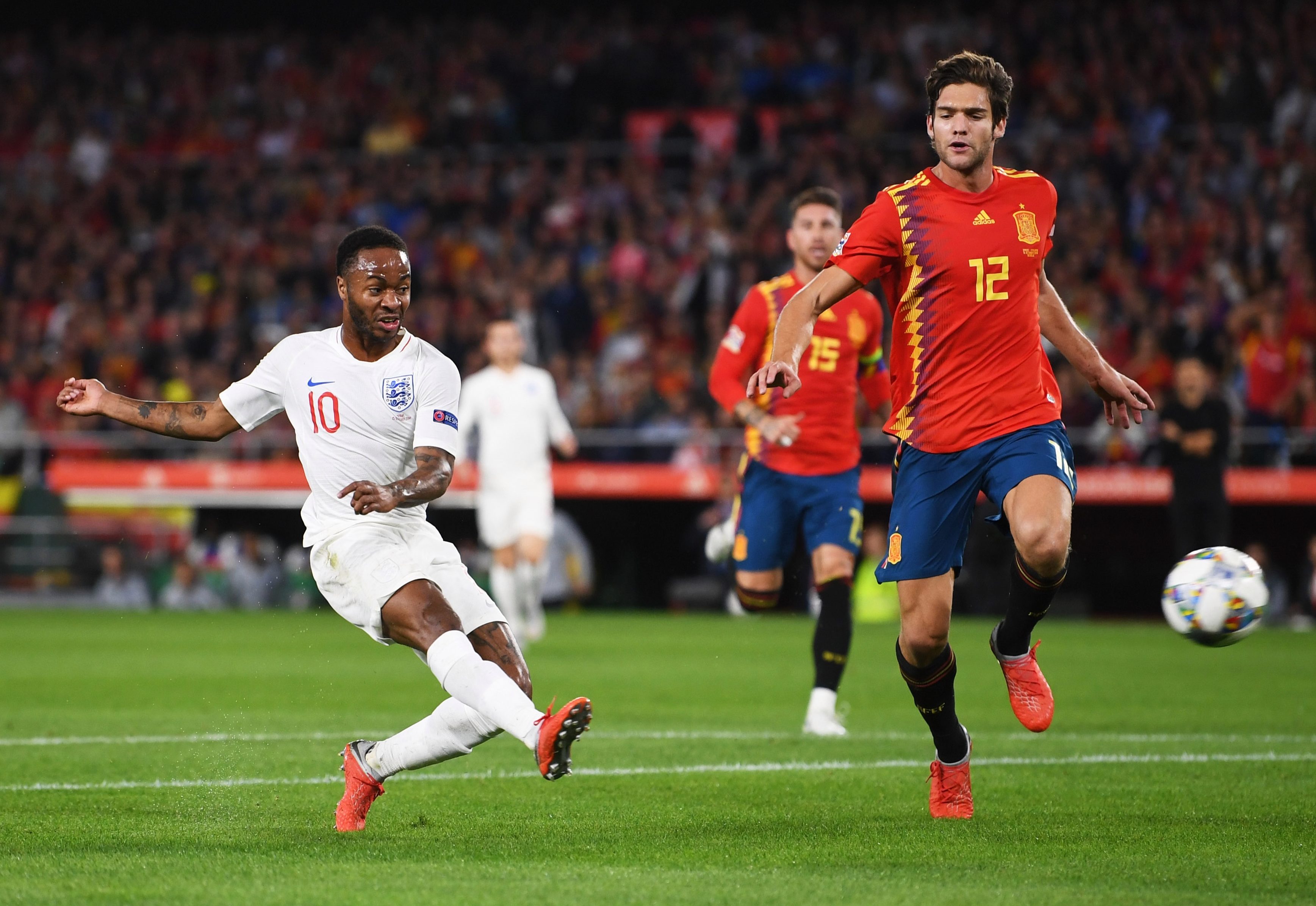 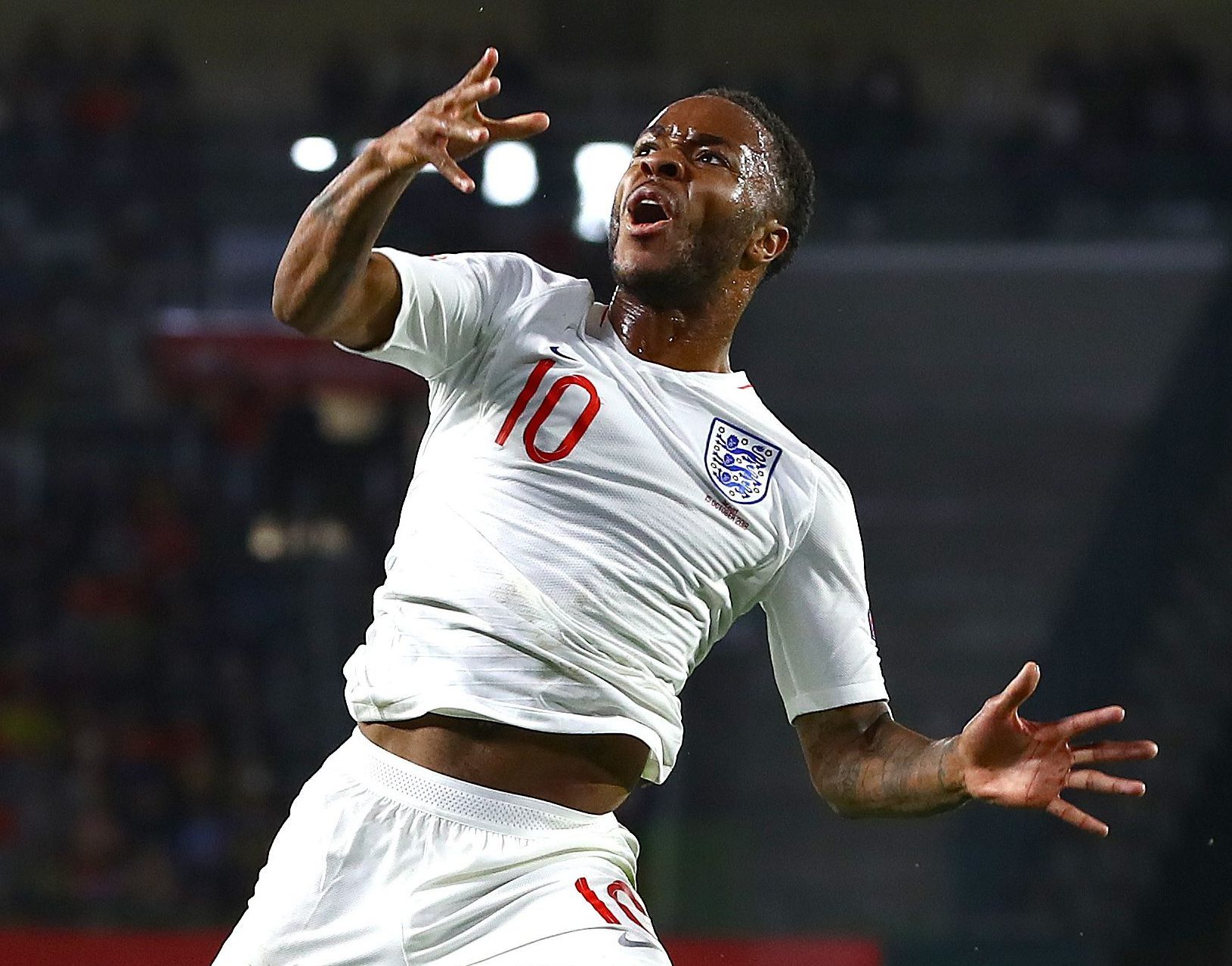 Gareth Southgate had done something no England manager since Bobby Robson in 1987 had managed: win in Spain.

In fact, no international manager from any country had done it in a competitive match for 15 years.

And without that win, England would not have reached the Nations League semi-finals.

And without that win, Sterling may still have been captaining England – but against a European minnow rather than against the Dutch.

Fast-forward to December, when Sterling went to collect a ball from the sidelines and was inexplicably racially abused.

Sterling was the man to make a stand.

And then a further four months later, England's black players – including 18-year-old Callum Hudson-Odoi – were targeted with monkey chants in Montenegro.

Again, Sterling was the man to make a stand.

He silenced the racists by putting his fingers to his ears as he celebrated his goal, his fourth in four days following his first international hat-trick in the 5-0 hammering of Czech Republic.

Only Jordan Henderson, with 50, has more caps than him and only Kane has more goals. 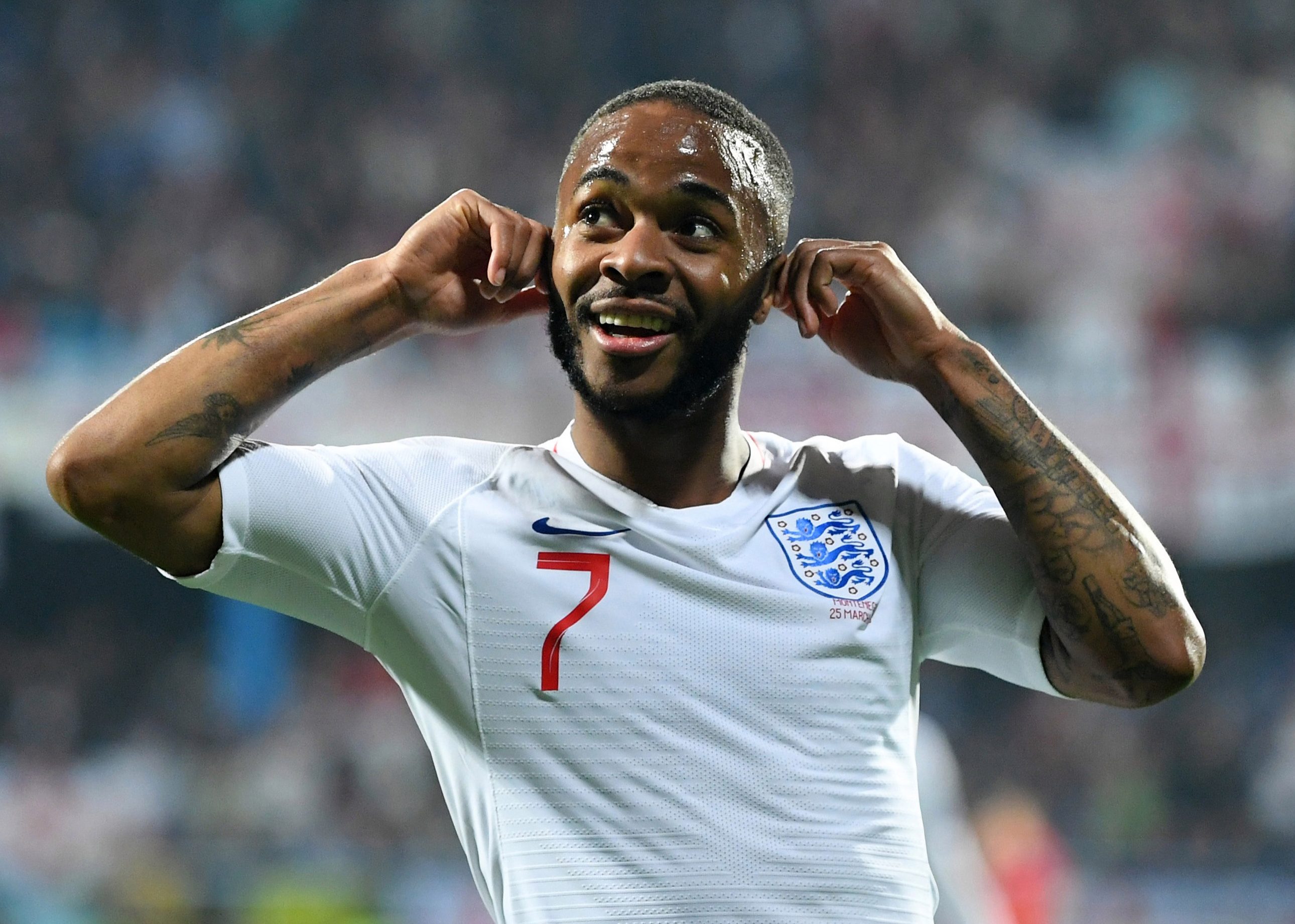 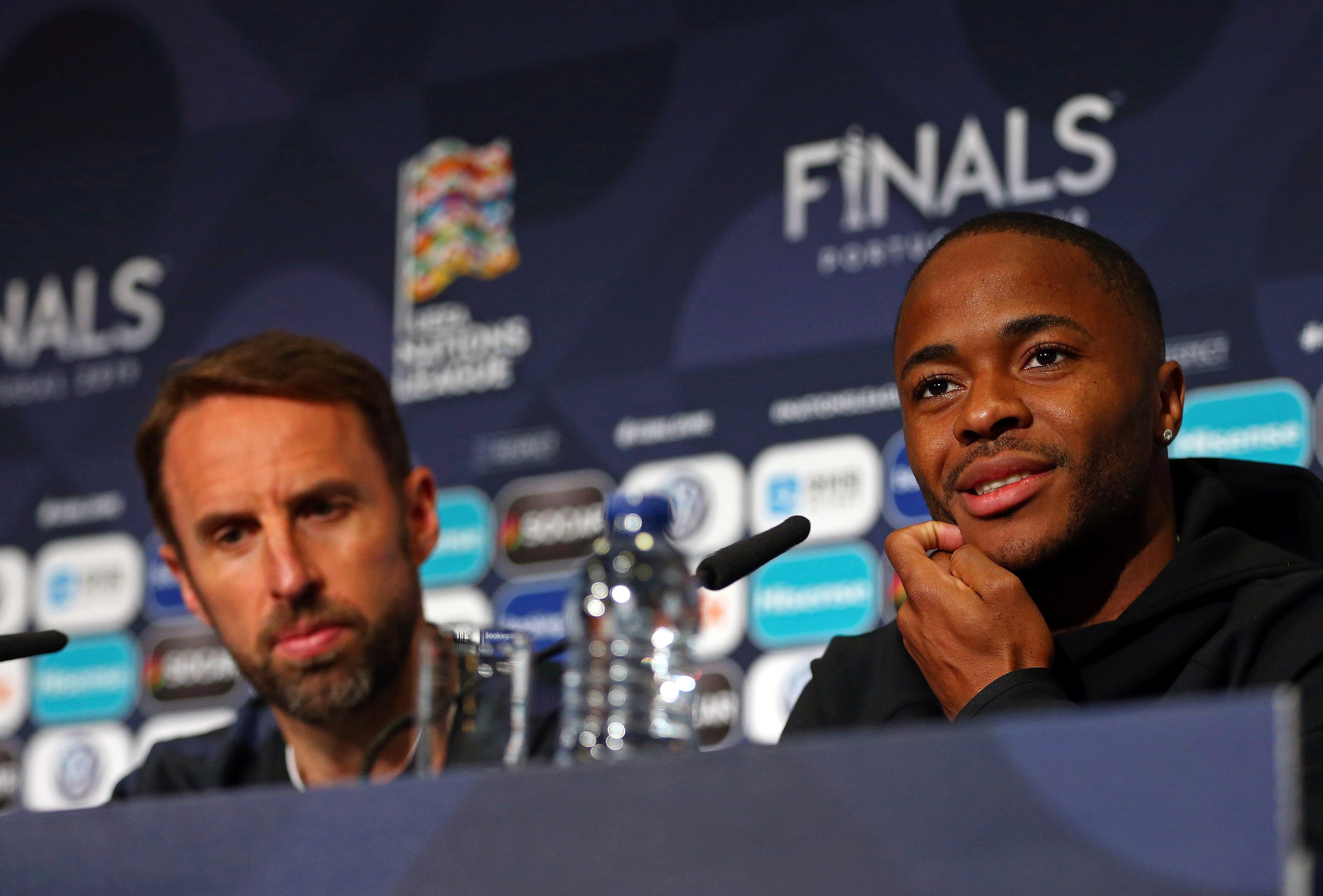 The Spurs striker is the England captain and Henderson usually the deputy.

But after both players were involved in the Champions League final just five days ago, Southgate will turn to Sterling to wear the armband – as carelessly revealed by his PR company to the annoyance of both the manager and player.

That will all be forgotten, though, if Sterling can lead his team to victory against Ronald Koeman's side tonight and set up an inaugural Nations League final date with Cristiano Ronaldo's Portugal. 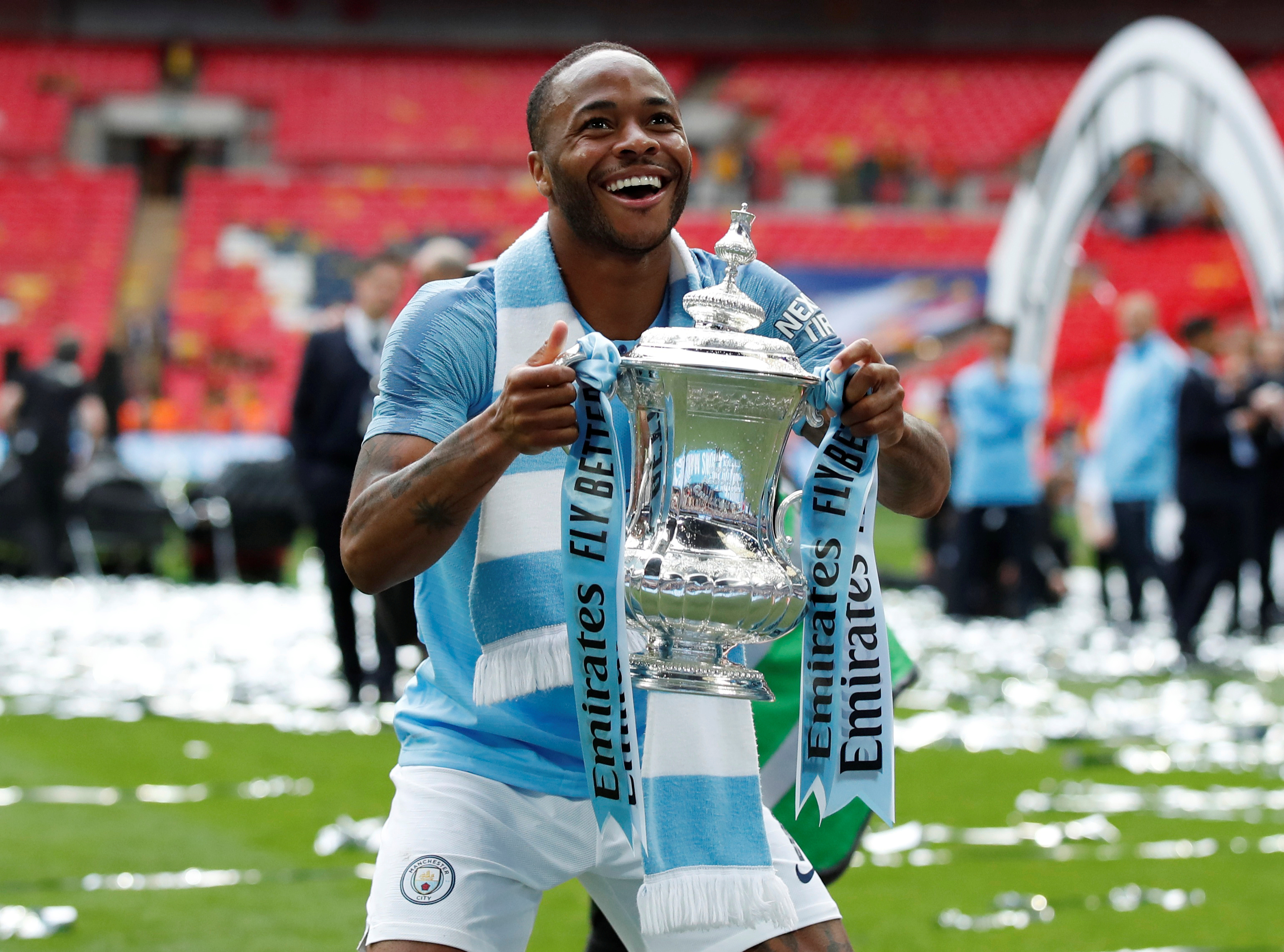 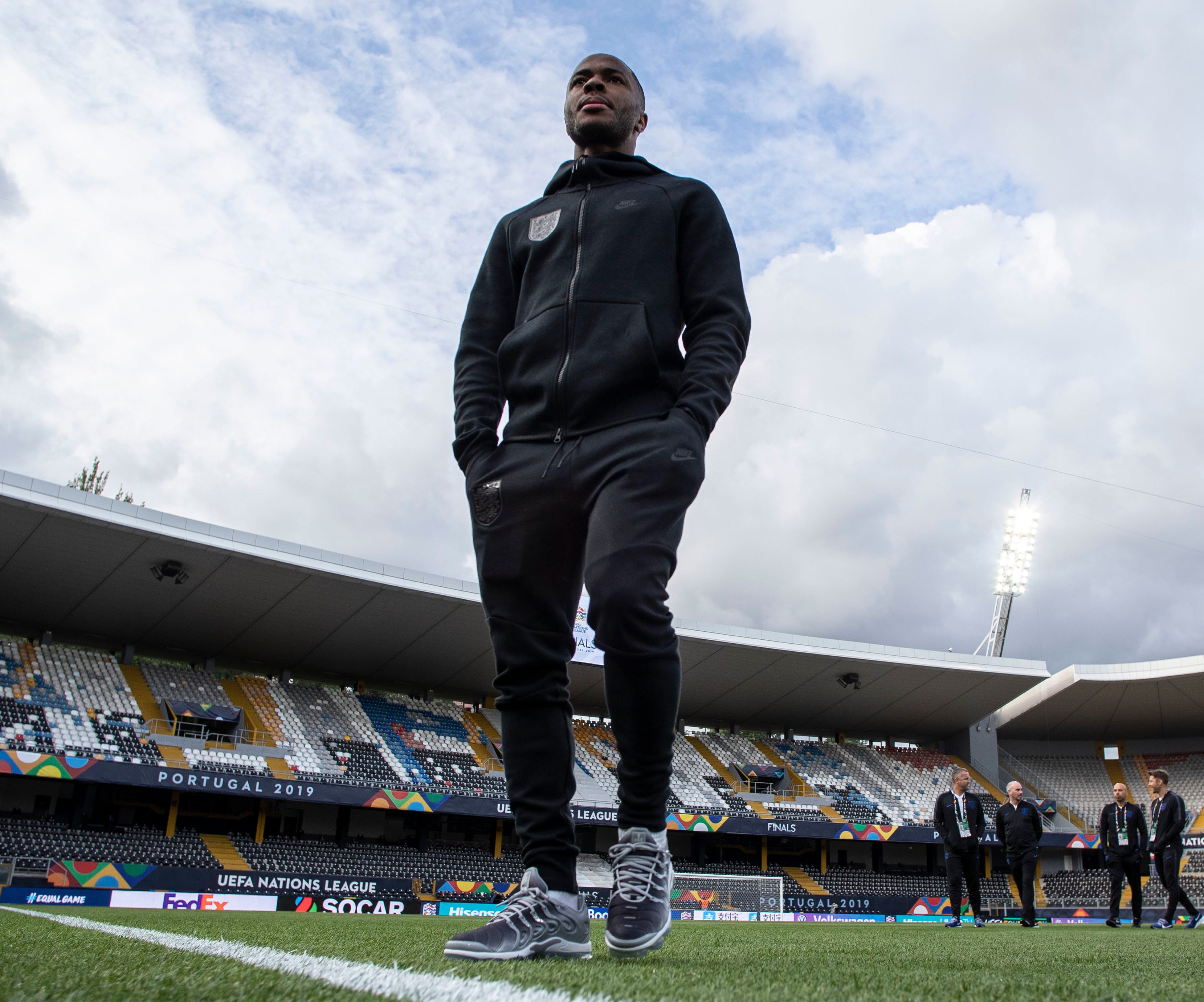