RAHEEM STERLING must be wondering what he has to do to get a break against his old club Liverpool.

The Manchester City winger once again enjoyed an enthralling tussle with Andy Robertson in the title showdown at the Etihad on Thursday night. 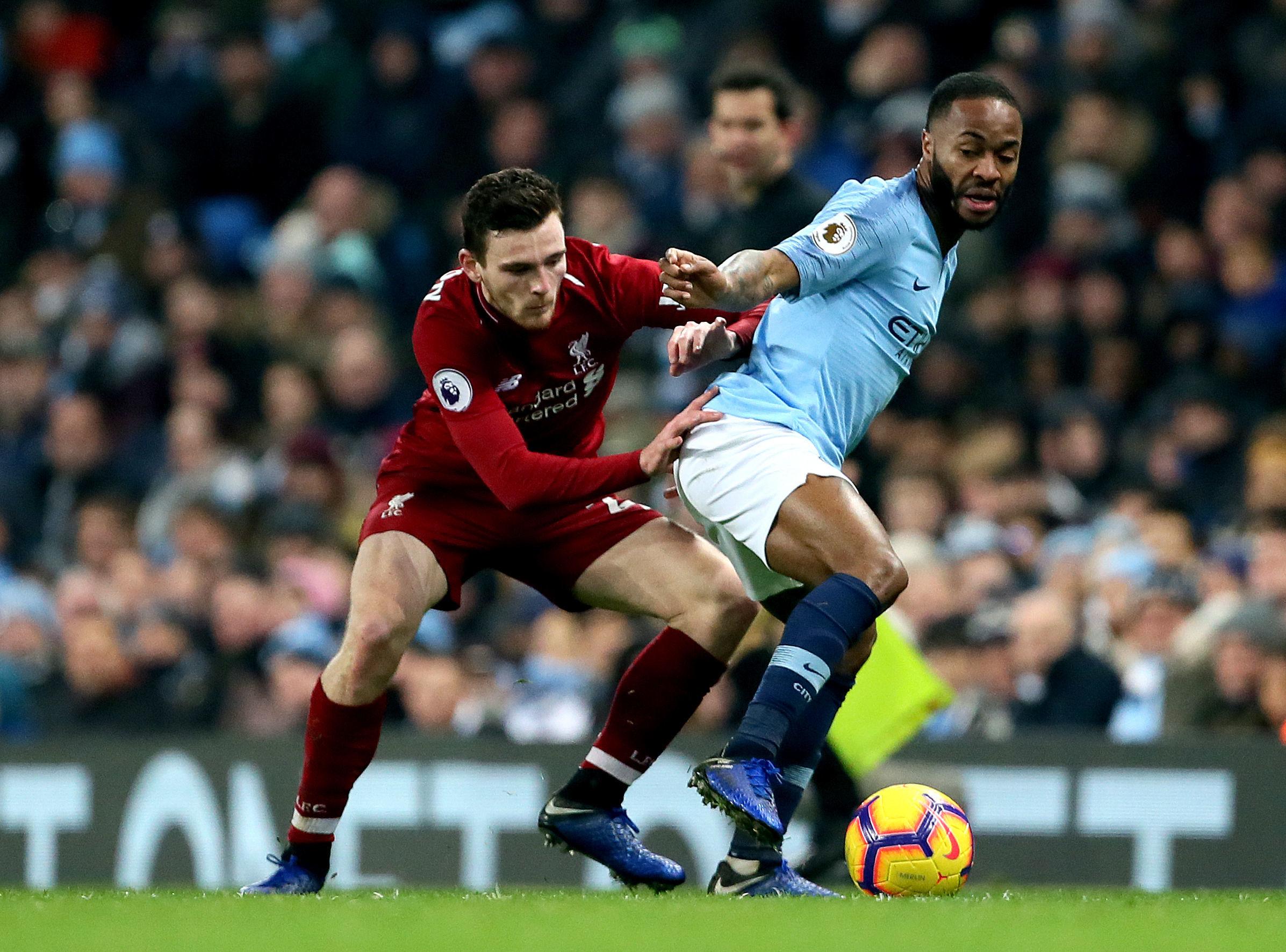 But – just like in the Champions League clash between these teams last season – Sterling was left scratching his head.

In the 50th minute, with the home side leading 1-0, the England man was clearly bundled to the ground in the box by Robertson – just when he appeared to have got the better of him.

Referee Anthony Taylor had a clear view of the incident and took his time to make a decision before waving play on.

It was the same story when Sterling went back to Liverpool for the first leg of their Champions League tie in April. 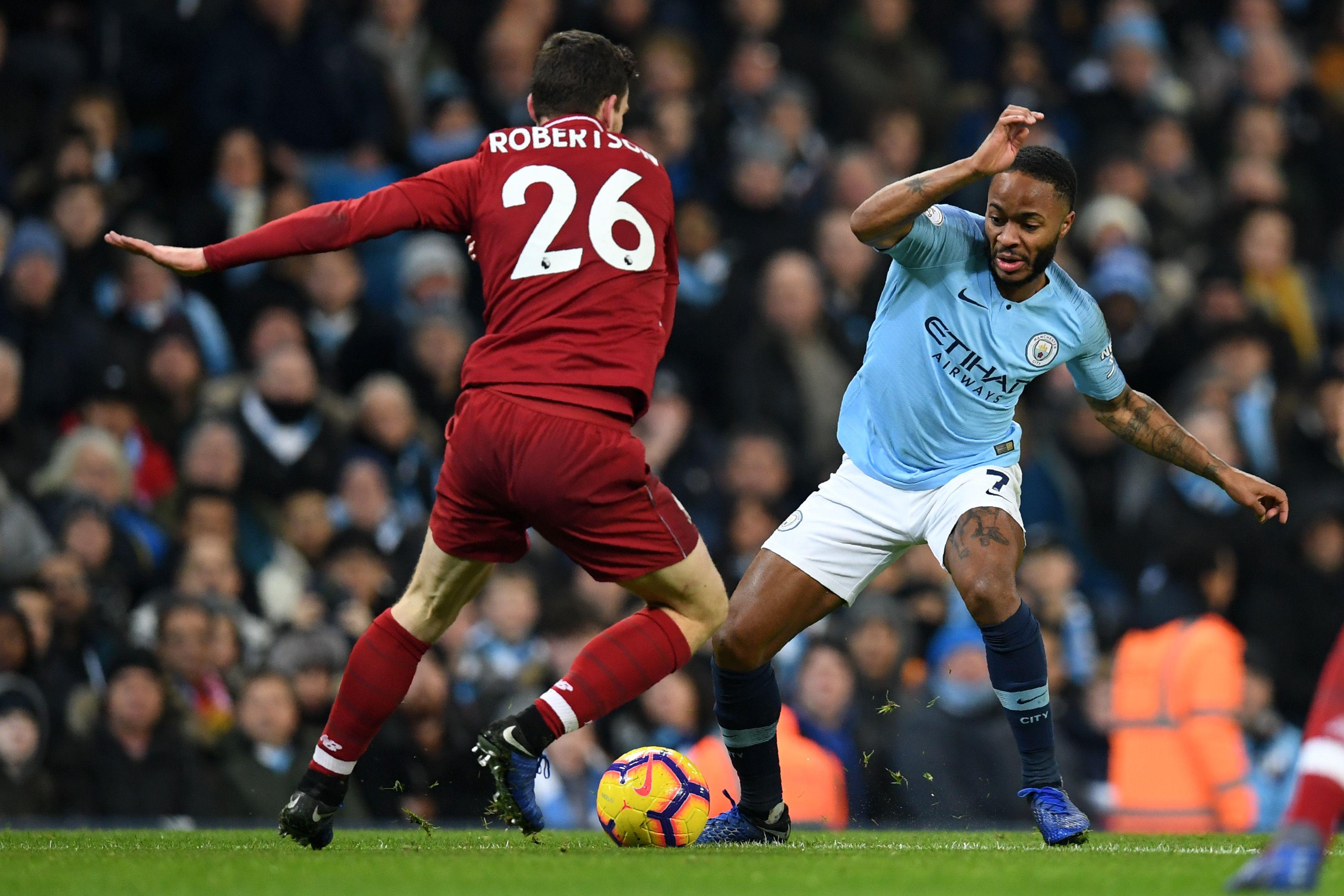 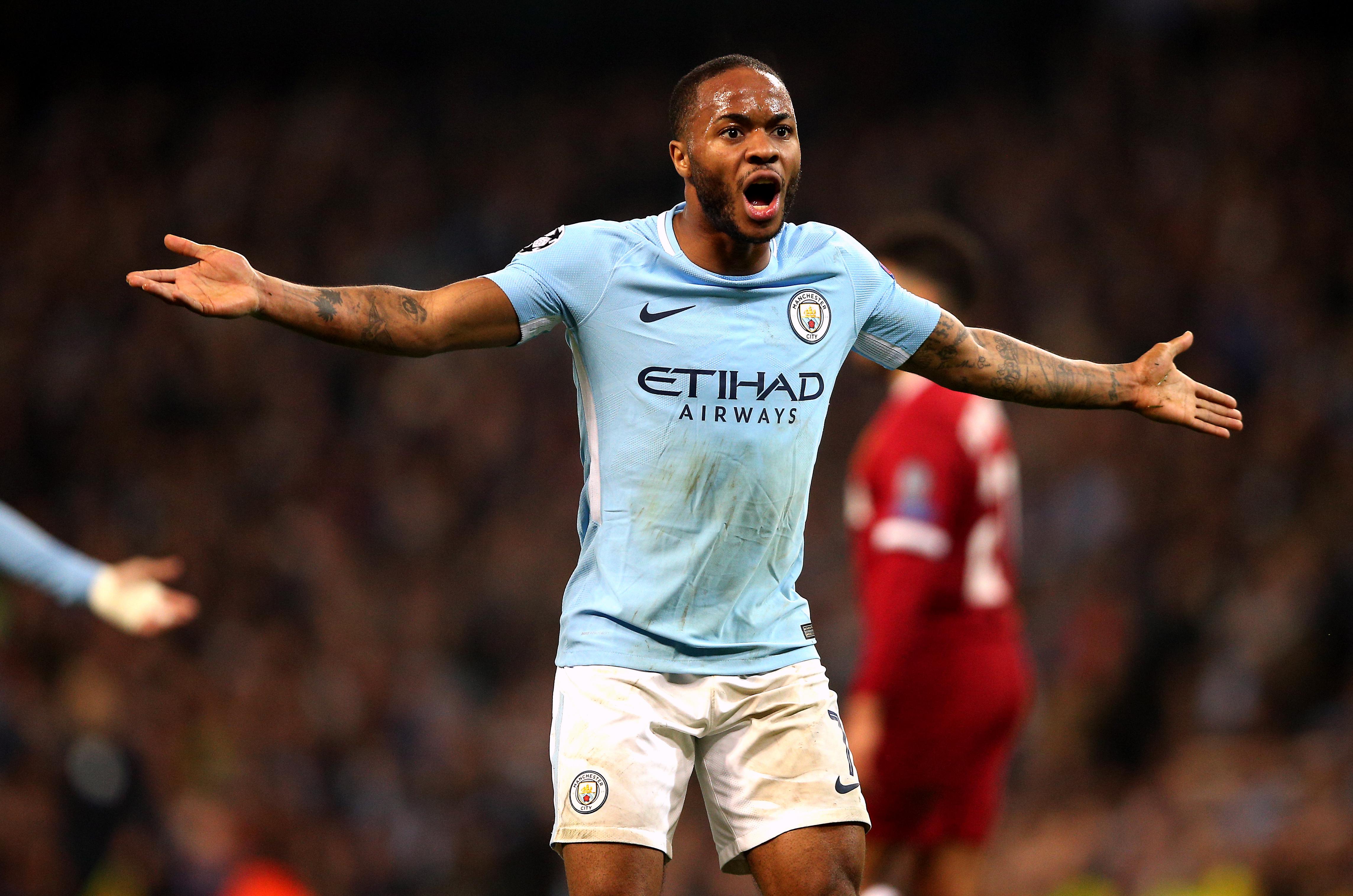 City were 3-0 down and desperately looking for a way back into the tie – when a similar incident occurred.

Sterling wrong-footed the Scotland full-back as he dragged the ball back from the touchline and had his legs taken from under him.

German official Felix Brych saw nothing wrong and allowed play to continue – much to the dismay of Pep Guardiola and his City players.

On Thursday night, all the talk post-match was of Vincent Kompany's wild challenge on Mo Salah in the first half – which only got a yellow card.

Others spoke about how Guardiola had avoided being sent to the stands after he lost his rag at fourth official Martin Atkinson.

But at City they were left baffled at how Sterling was once again denied a clear-cut penalty against his old club.

Sterling has generally struggled to impress against Liverpool but Guardiola would have had no complaints about his display on Thursday.

However the wide-man would have been kicking himself for not settling the game – and a few nerves – earlier as he blazed a glorious chance wide in injury time.