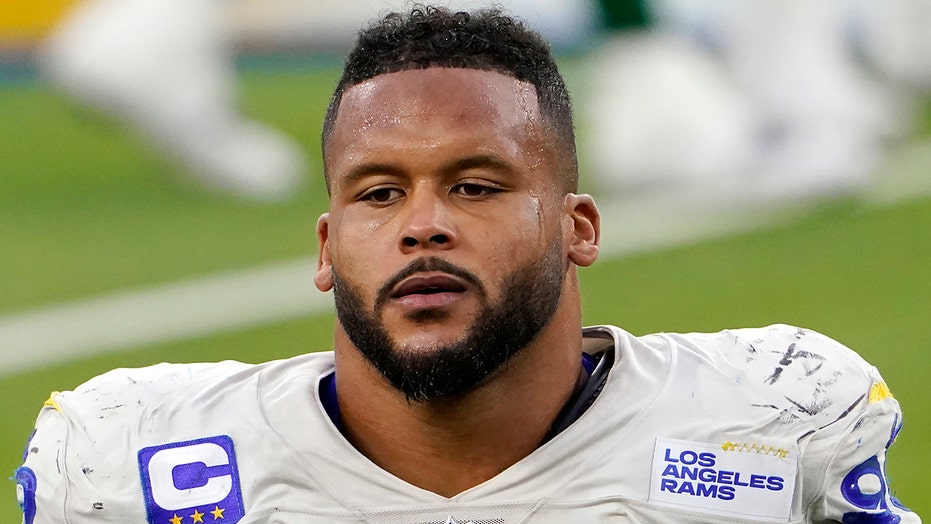 Los Angeles Rams star Aaron Donald was accused of giving another man a concussion, a broken nose, a broken eye socket, an arm injury and 16 stitches near his eye in an incident over the weekend.

De’Vincent Spriggs said he accidentally bumped into Donald at a nightclub over the weekend at Pittsburgh’s Boom Boom Room nightclub. Todd Hollis, Spriggs’ attorney, filed a criminal complaint with Pittsburgh police accusing the defensive lineman of assault in the incident.

“When they got outside, Mr. Donald approached Mr. Spriggs and Mr. Spriggs was punched and attacked, again allegedly, by Mr. Donald and the individuals that were a part of his group,” Hollis told ESPN.

Hollis did not say whether Spriggs defended himself or if he spoke to Donald’s representatives.

“This is not an eye for an eye justice. This is an assault. So no manner of money at this point would justify what you see here to Mr. Spriggs,” Hollis said, via WTAE-TV.

Casey White, Donald’s attorney, did not comment on the alleged incident yet but told the station he will talk “in the near future.”

Donald played four years at the University of Pittsburgh.

The Rams selected Donald with the No. 13 pick of the 2014 draft, and he was instantly a high-caliber defensive player. In his rookie season, he recorded nine sacks and 48 tackles. Since then, he’s been a three-time Defensive Player of the Year and a six-time All-Pro selection.

The team said it was “collecting more information” about the alleged assault.

“We are aware of the reports regarding Aaron Donald. We are collecting more information and will have no further comment at this time,” the team said, via Pro Football Talk.

The NFL said it would “look into the matter to understand the facts.”