THOUGH Scottish goalkeepers have often been the subject of ridicule over the years, there can be no denying that Andy Goram was one of the very best that the country has ever produced.

Born in Bury, Lancashire, Goram began his career with nearby Oldham Athletic and then moved from Hibernian to Rangers in a £1 million deal in the summer of 1991, helping the Glaswegian giants to six league titles, three Scottish Cups and three League Cups. 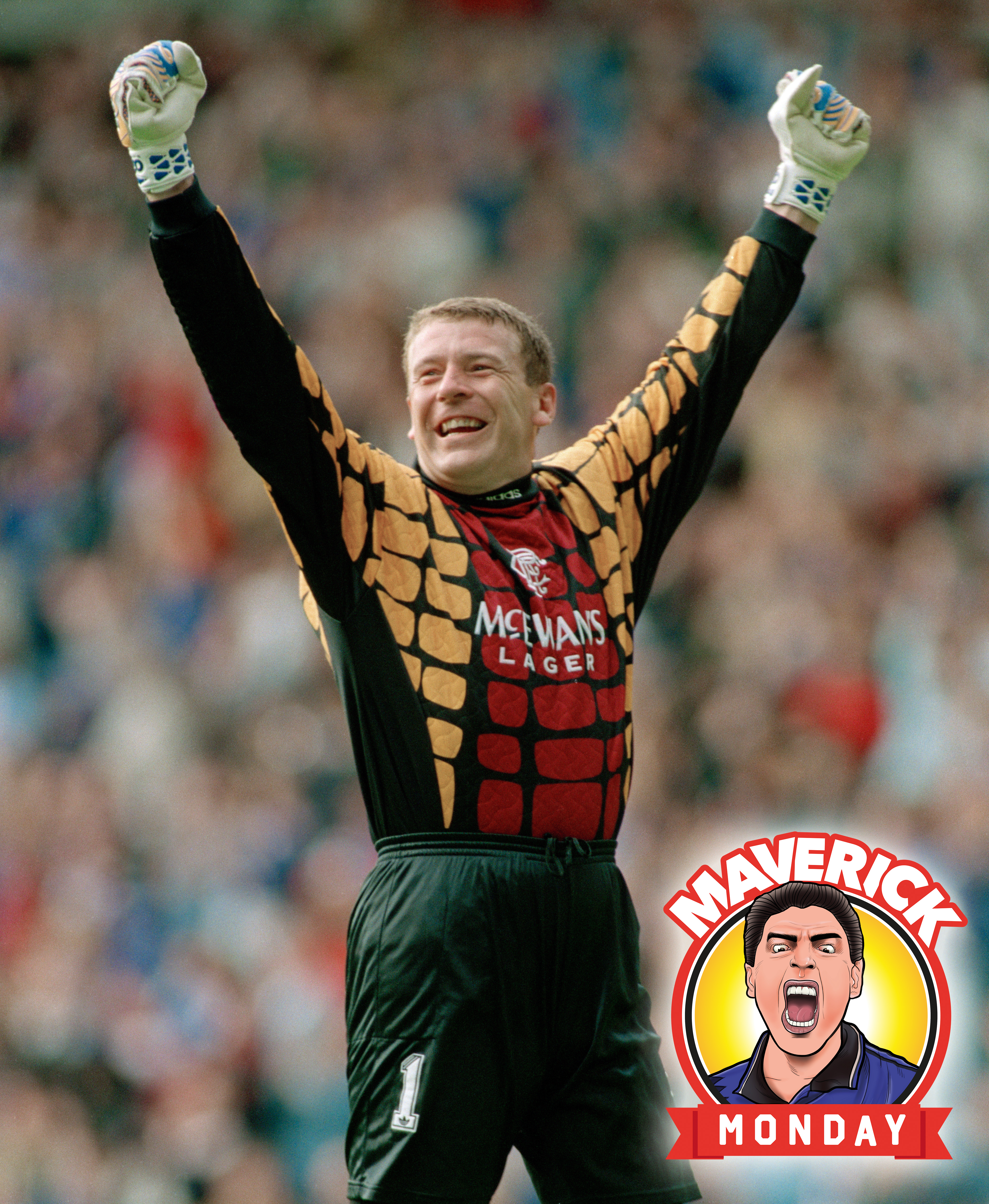 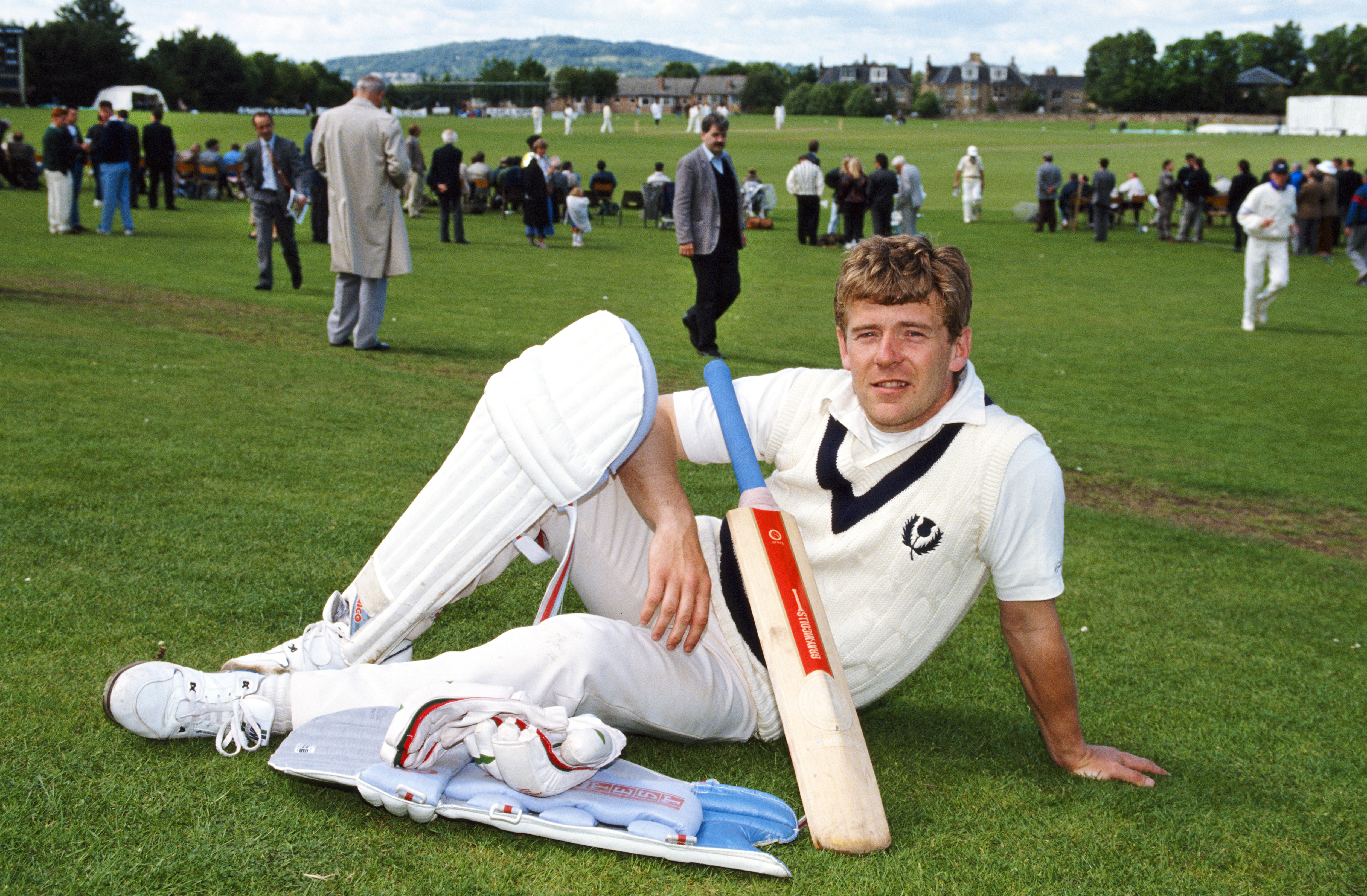 He also won 43 caps over a 13-year international career with Scotland. But his life wasn’t quite so successful off the field

Did you know that Andy Goram is the only person in history to have played in a first-class cricket match and a full international football game for Scotland?

You do now. A right-arm medium pace bowler and a left-handed batsman, Goram represented Scotland at cricket on four occasions and once took the wicket of England Test player Richard Blakey in a NatWest Trophy game.

But his cricket career was all but ended in 1991 when Rangers signed him from Hibs and his new club banned him from playing just in case he got a beamer on his bonce.

In 1995, Goram withdrew from the Scotland squad on the eve of a key European Championship qualifier against Greece, arguing that he was “not mentally attuned” to carry out his duties.

Later, it was revealed that Goram was suffering from a mild form of schizophrenia, and while it was brave for the goalkeeper to go public with his diagnosis it did lead to some vicious taunts from opposing fans.

Not only was Goram married three times (and divorced three times) but a string of alleged affairs often saw him make front rather than back page news. 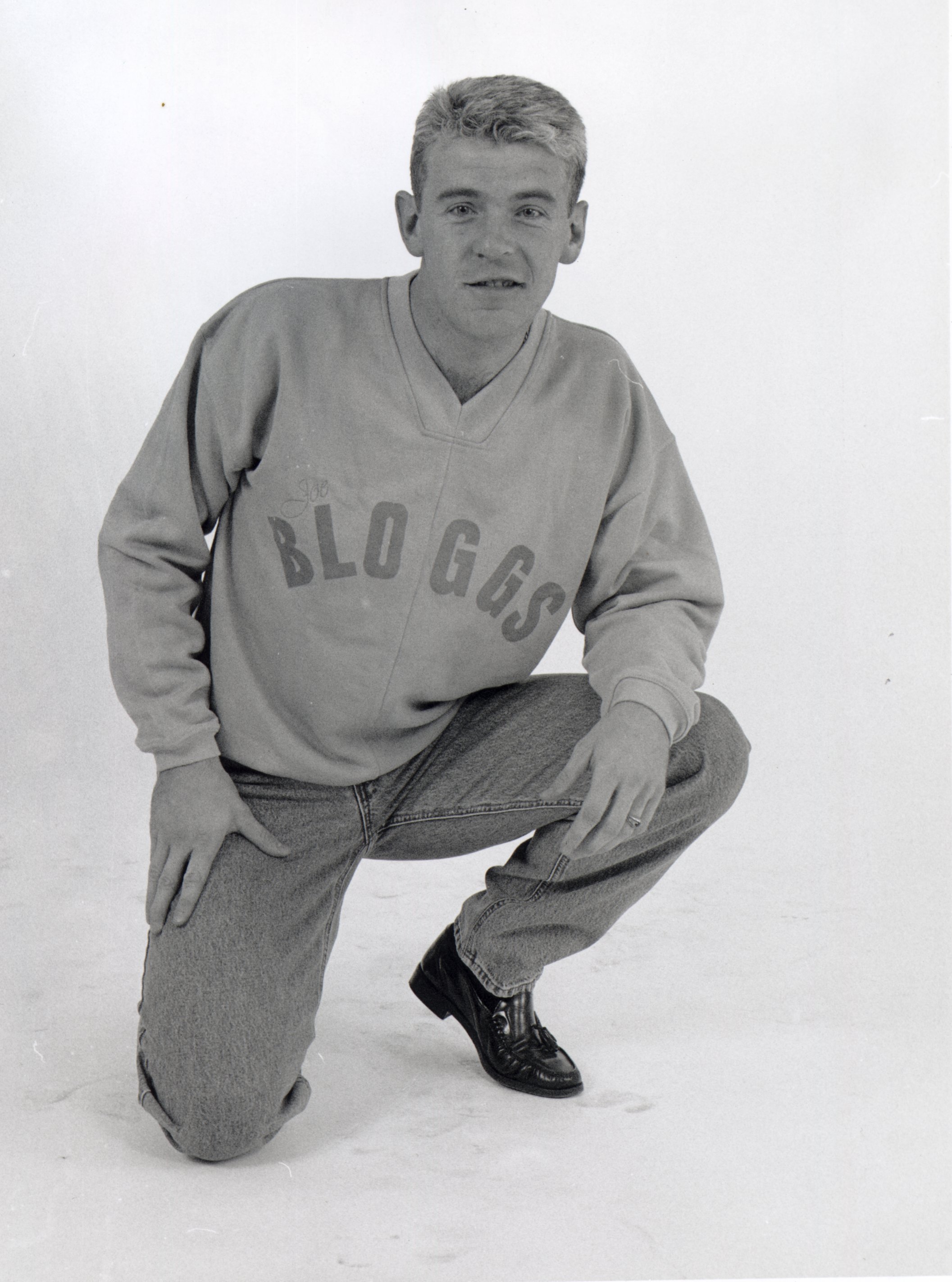 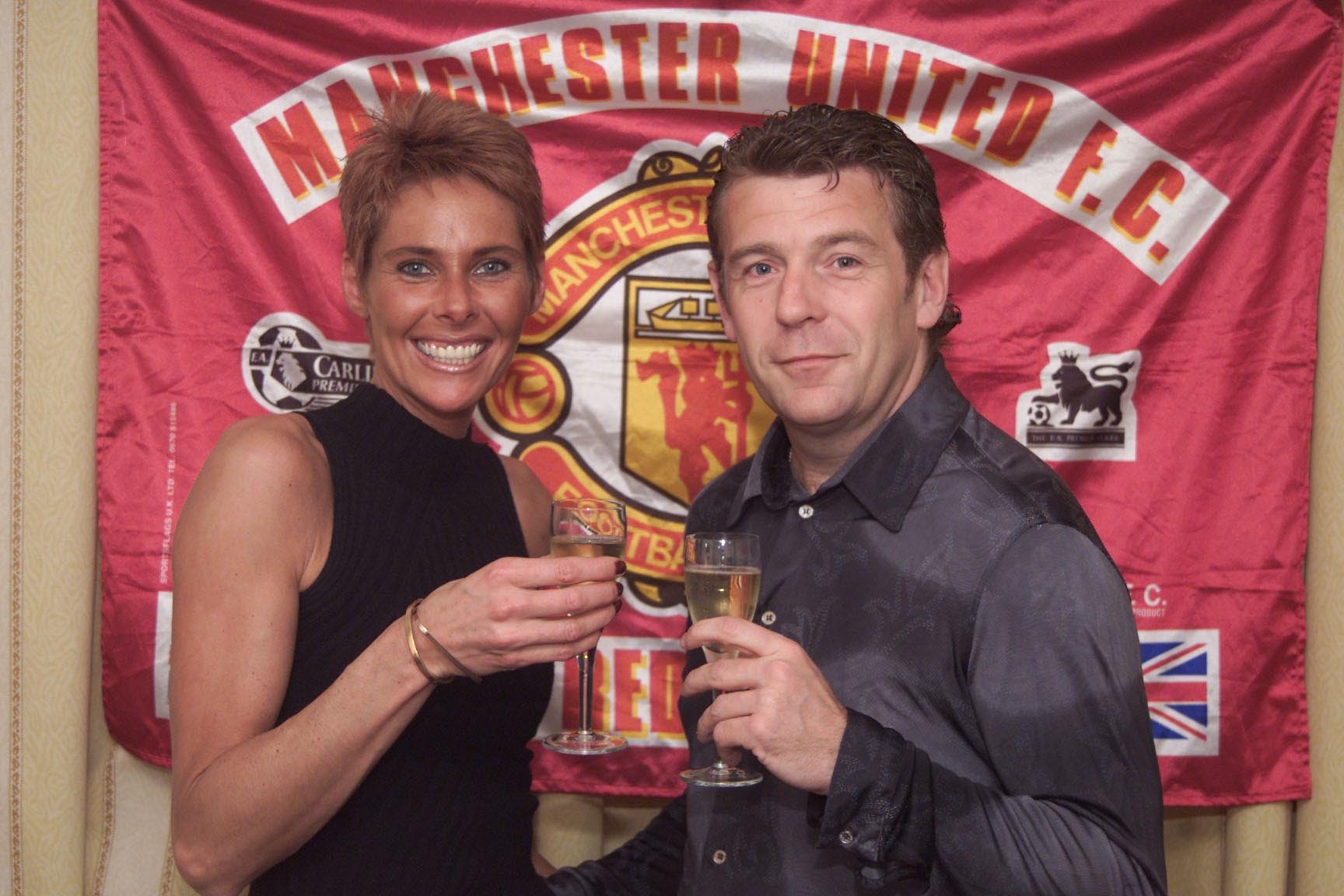 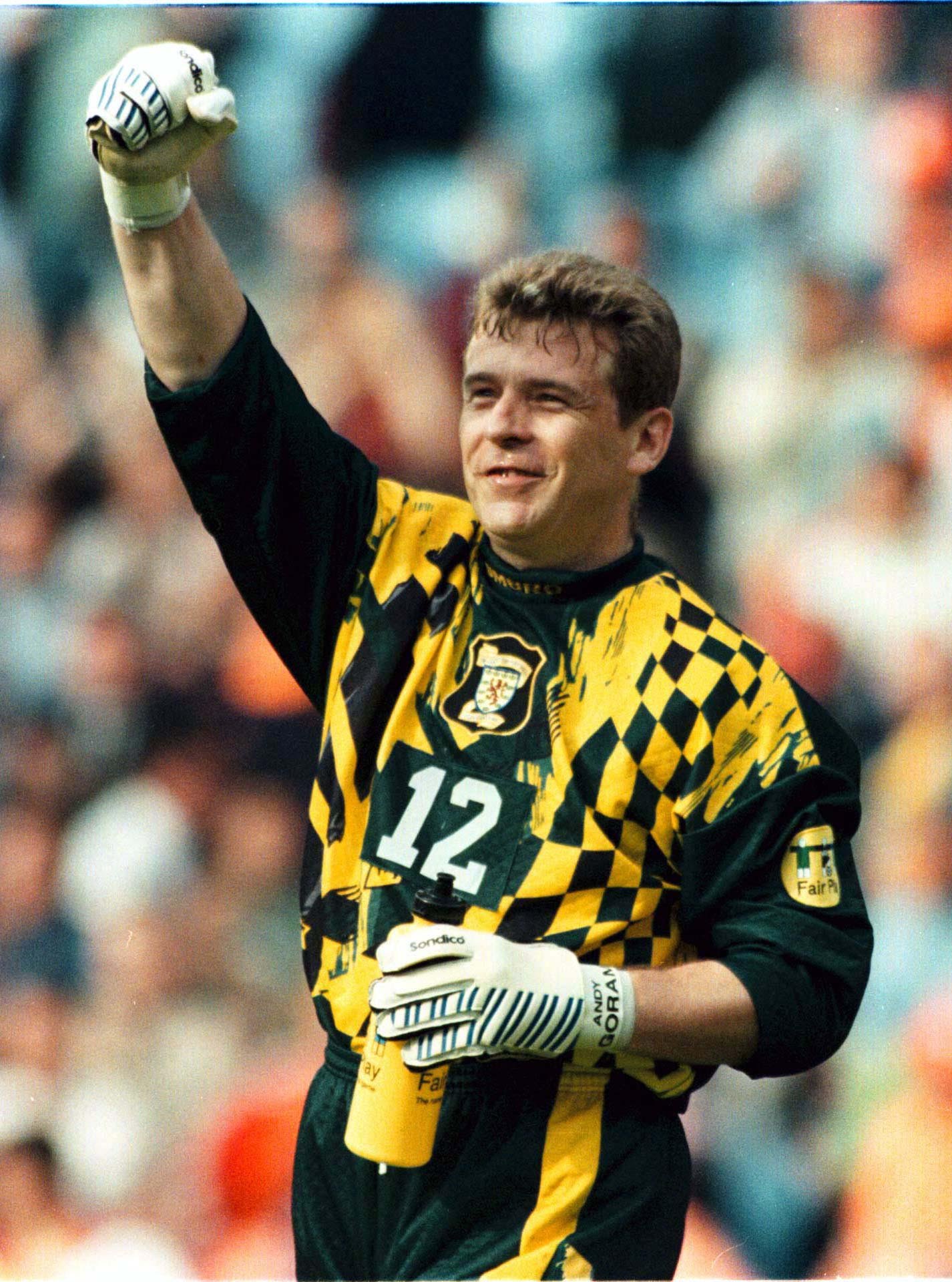 17-year-old chambermaid Karen Johnston sold her story of her nights of passion with Goram in a caravan.

"With his cash, I thought it would be the height of luxury, but it was smelly with broken windows and was parked in a breaker's yard," she told the Daily Record.

"I remember the cold wind blowing in when we were making love in a cramped bed."

The ease with which you could get women staggered me.”

And then there was a reported fling with the intriguingly-named ‘Olga Orbs’, a larger than life model, equipped with a 38DD bust.

“The ease with which you could get women staggered me,” he later admitted in his autobiography.

Not that his ex-wife Miriam was impressed.

“He’s a total man’s man, but he hasn’t the first idea about the feelings of the woman in his life,” she reflected.

It was another alleged affair that cost Andy Goram his place in Scotland’s World Cup squad in 1998.

As Craig Brown’s team prepared for the finals in France, Goram’s name was once more splashed over the tabloids as it was claimed he was having an affair with Janice Dunn, an employee of Celtic who said she had also aborted his baby.

And it was too much for Goram who, just 15 days ahead of their opening game against Brazil, told Brown that the publicity was affecting their preparations for the the tournament and that it would be best for all concerned if he dropped out.

“It is plain to see,” he said in a statement, “that stories are being fabricated to upset me or our World Cup preparations. 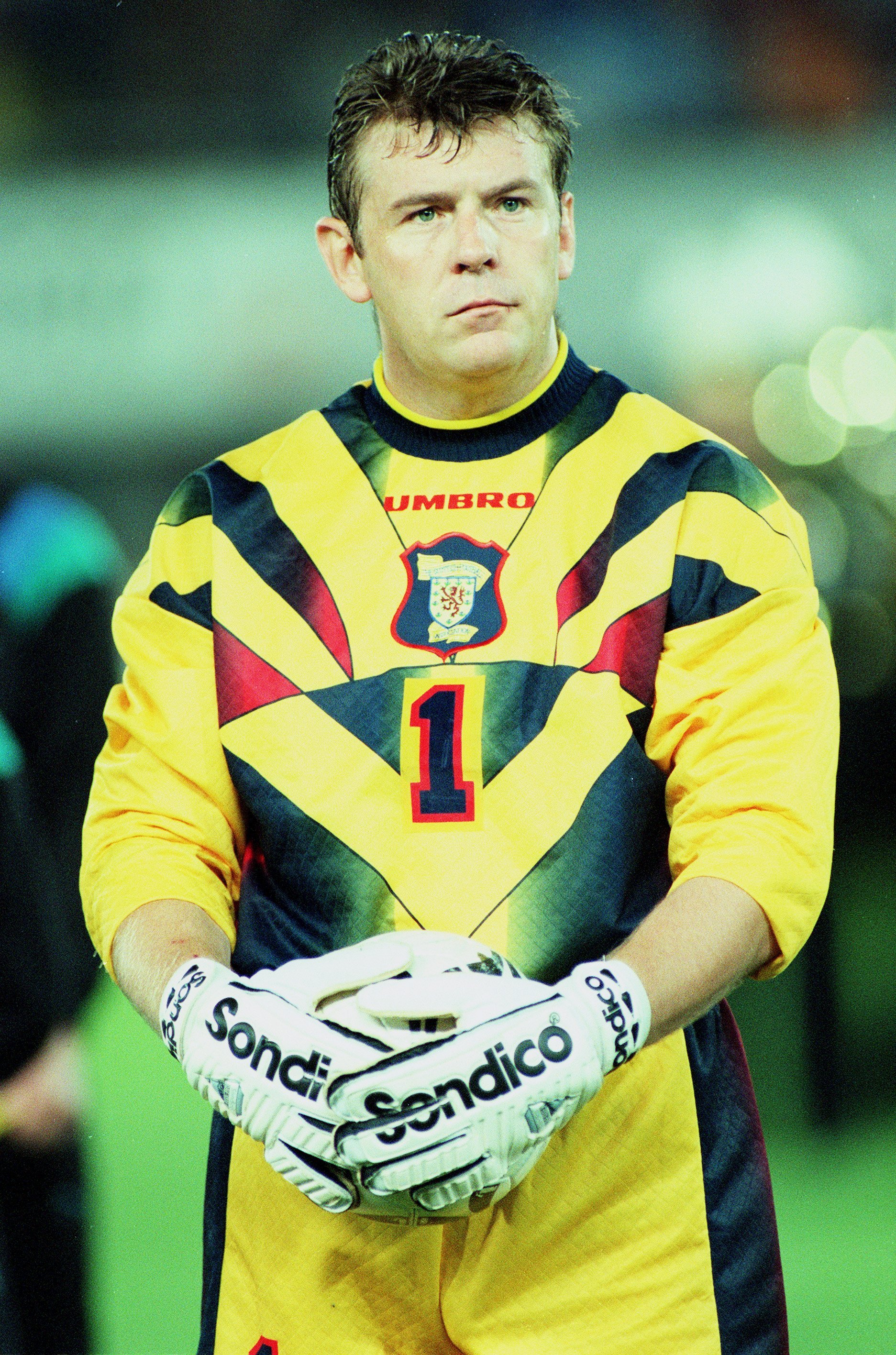 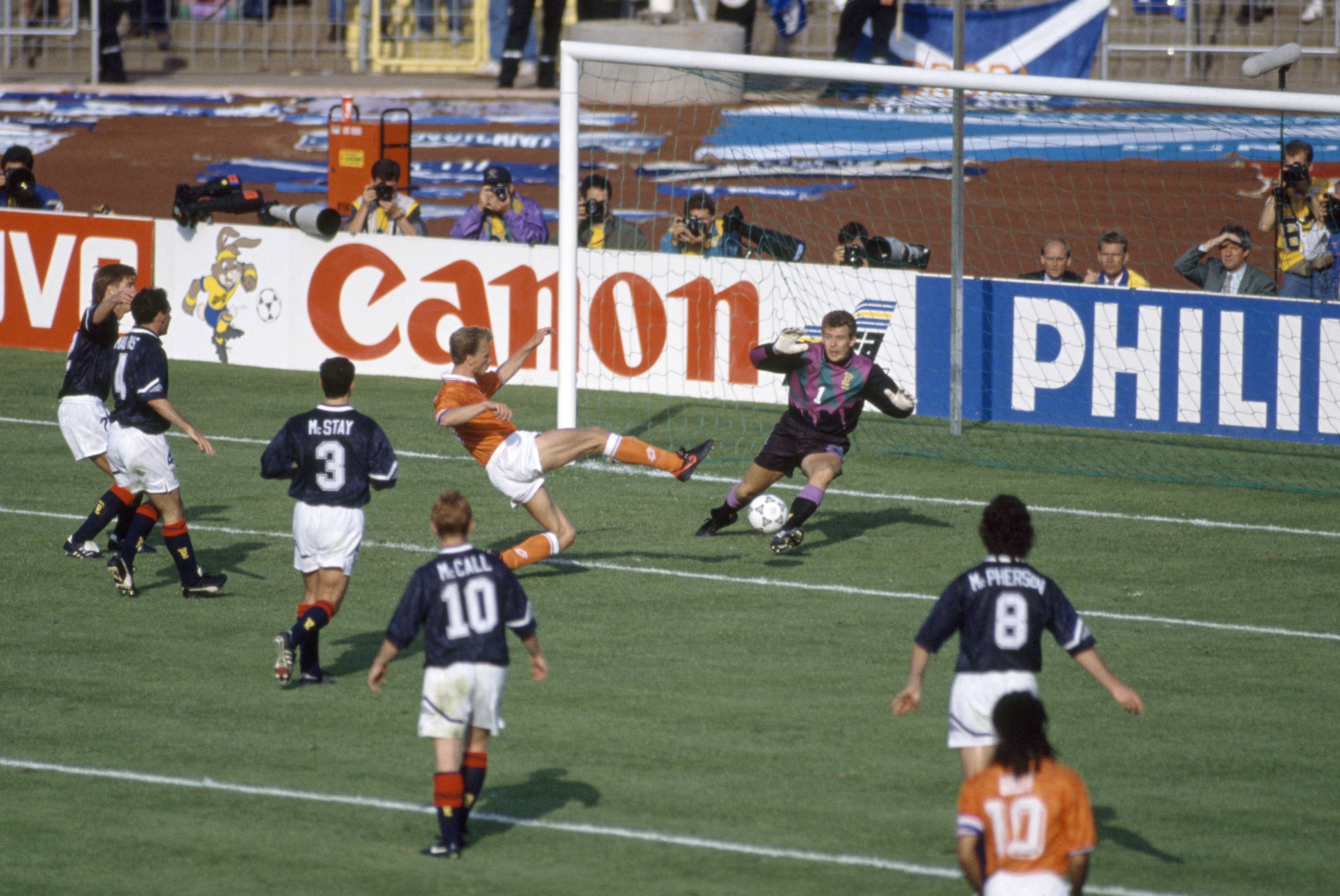 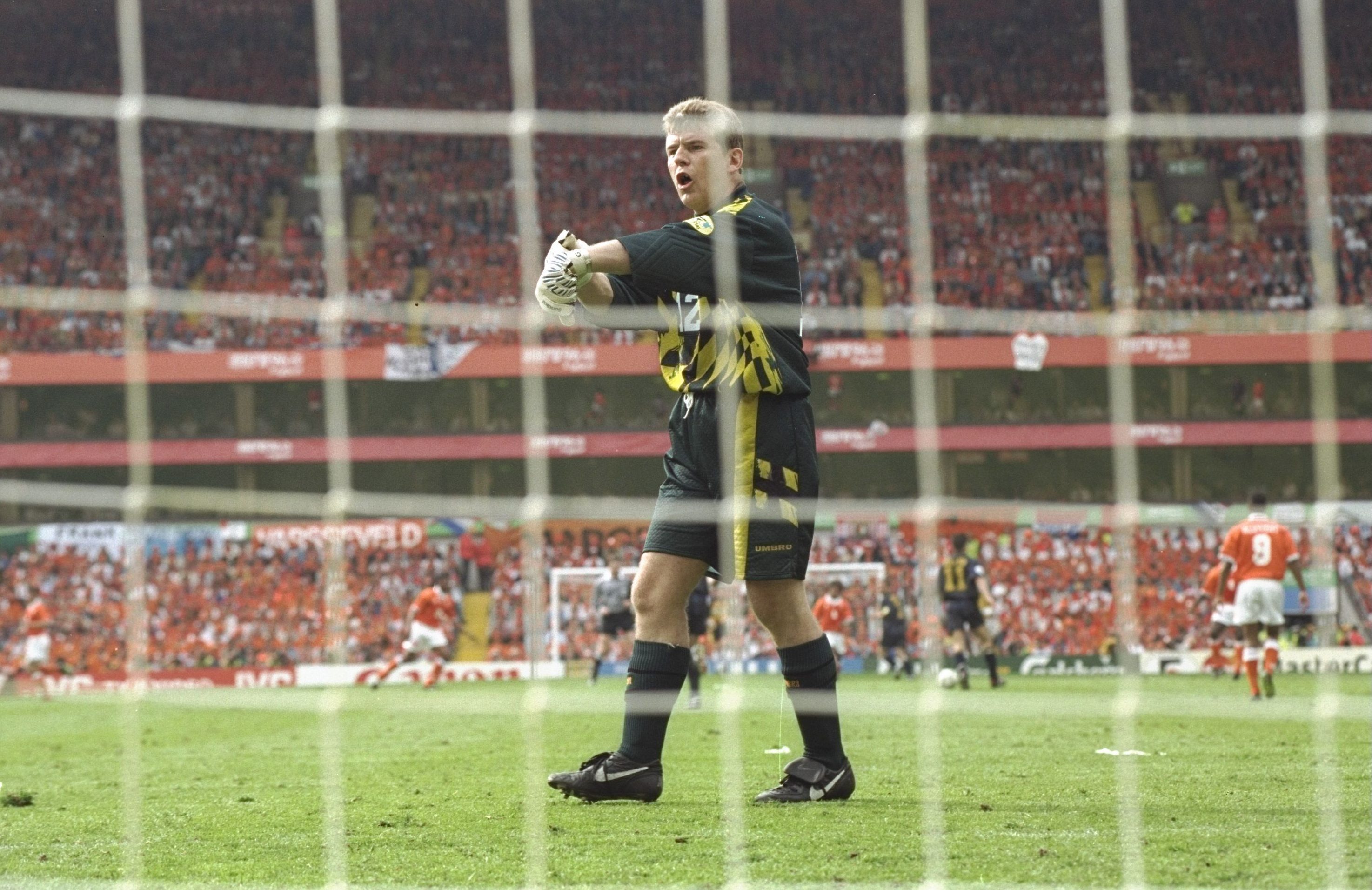 "Myself, Craig Brown and the players don't need this. The last thing the squad needs is controversy off the park.”

He never played for Scotland again.

Goram’s marital strife also had a knock-on effect on his children, most notably his son from his second marriage, Lewis, who once got so angry with his dad refusing to take his calls that he punched a framed picture of him hanging on the wall and had to have several stitches to repair a sliced tendon.

“I don’t know what I have done to him for him to simply forget about me,” he told The Scottish Sun in 2009.

“He has never sent me a birthday card or a Christmas card. I just can’t understand how any dad can ignore their son.”

ALL BETS ARE OFF

Tales of Goram’s betting woes are many. Once, for instance, he blew £25,000 in a month on the horses while the bookmakers knew only too well who it was when he called his bets through, even though he was using an assumed name.

“We all know it is Andy,” said one bookie. 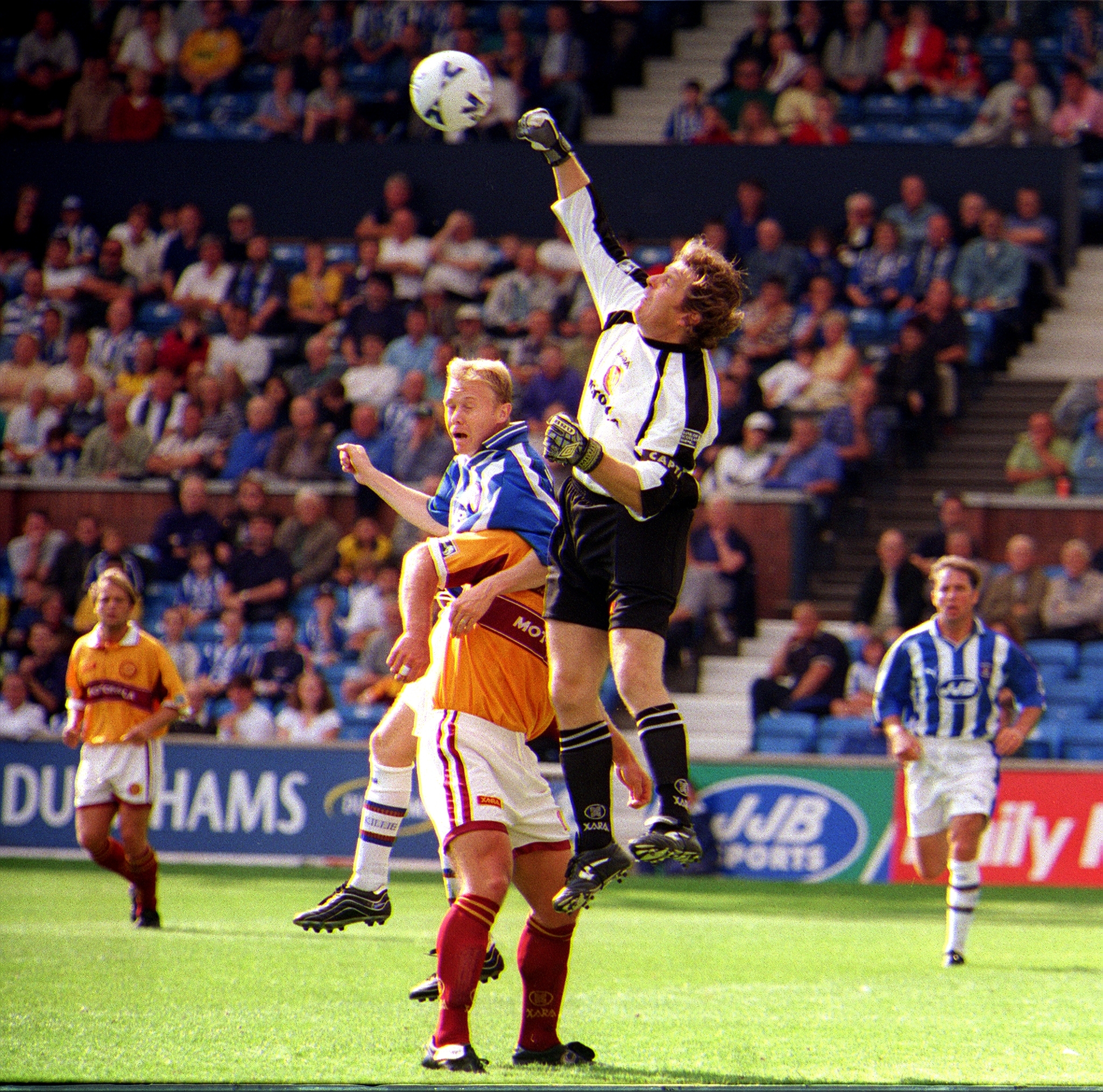 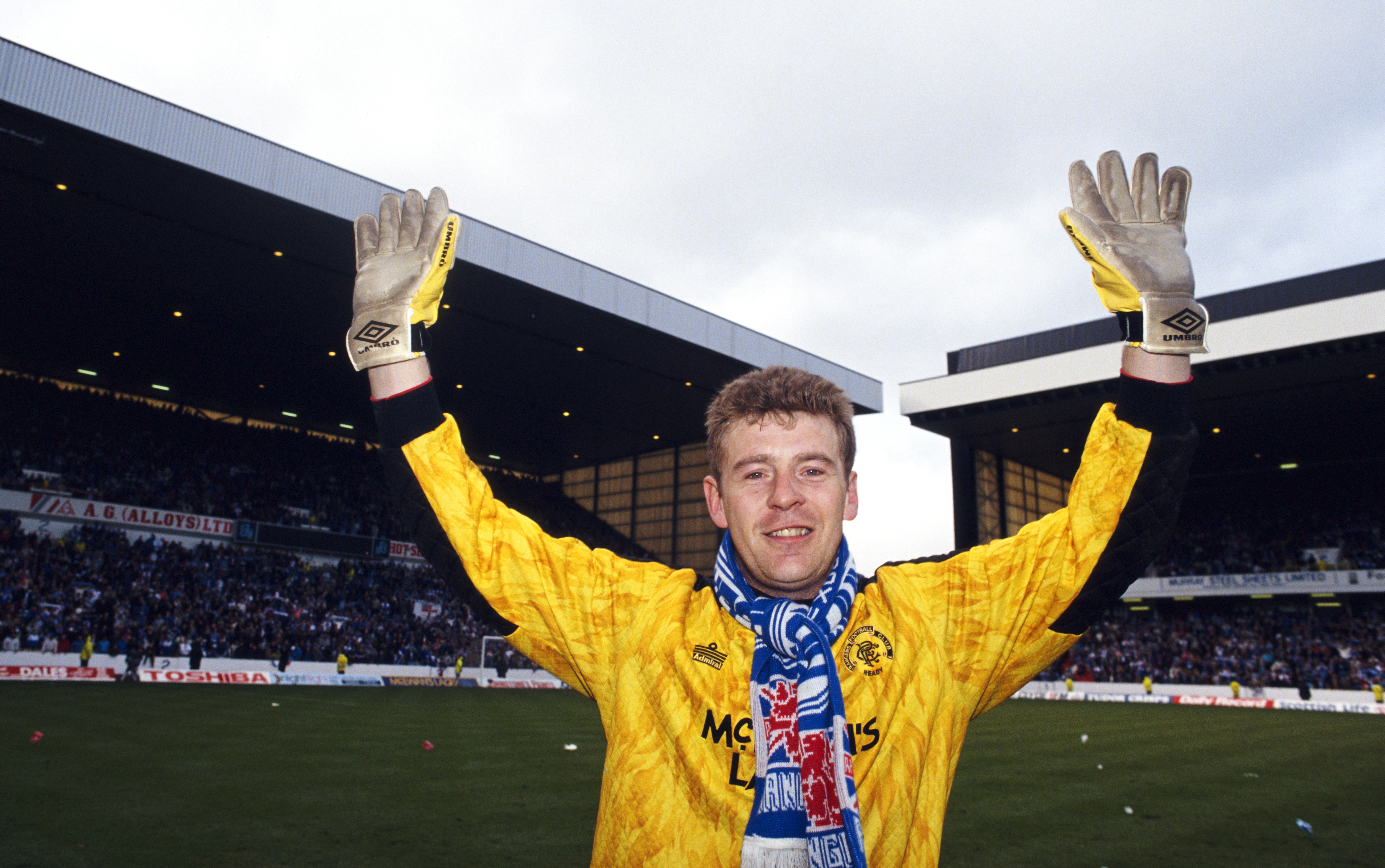 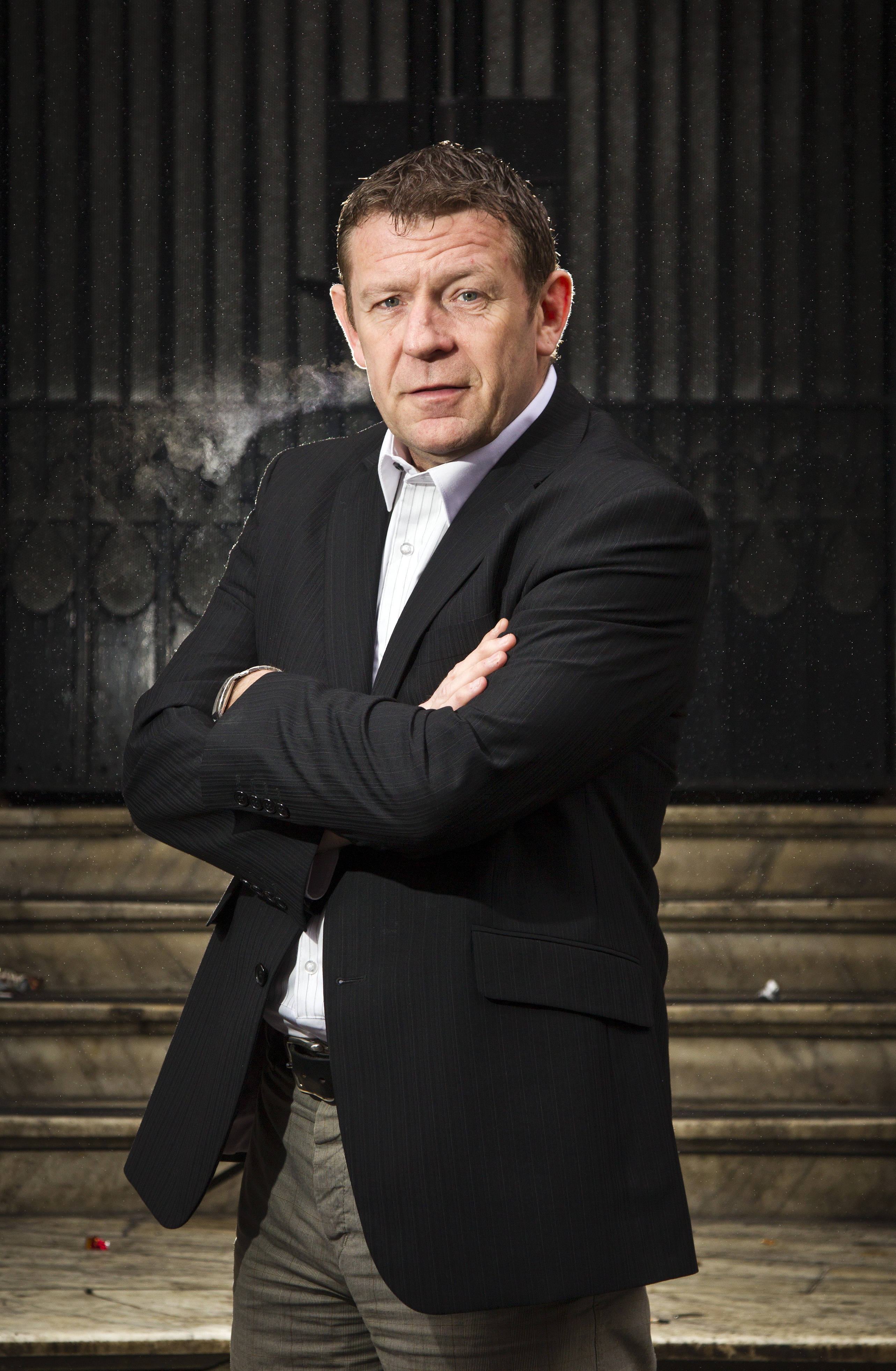 “We recognise his voice when he phones his bets. He is a great customer because he usually loses.”

But it was a vice that not only cost him his house but his second marriage to Tracy, as well.

Ironically, Tracy was a croupier at a casino that Goram frequented and had been left trying to clear up the financial mess caused by her husband’s problem.

But when it became too much for her, she filed for divorce, serving Goram the divorce papers as he stepped off the Rangers team bus at Ibrox.

HE TOOK TO THE BOTTLE

In 2012, Goram admitted that his reliance on booze was ruining his career and his relationships and that he had been attending AA meetings in a bid to get things back on track, although he maintained that ‘AA’ stood for ‘Andy is an A***’, not Alcoholics Anonymous.

Goram also explained that he had been thrown out of his house in Lanarkshire by his partner Elaine Mitchell but that he was seeking help in a bid to repair some of the damage he had done to their relationship.

“I have found out who is who in my life because there are a lot of people around with big hearts who have forgiven me for the way I behaved and the bad things I’ve done,” he said. 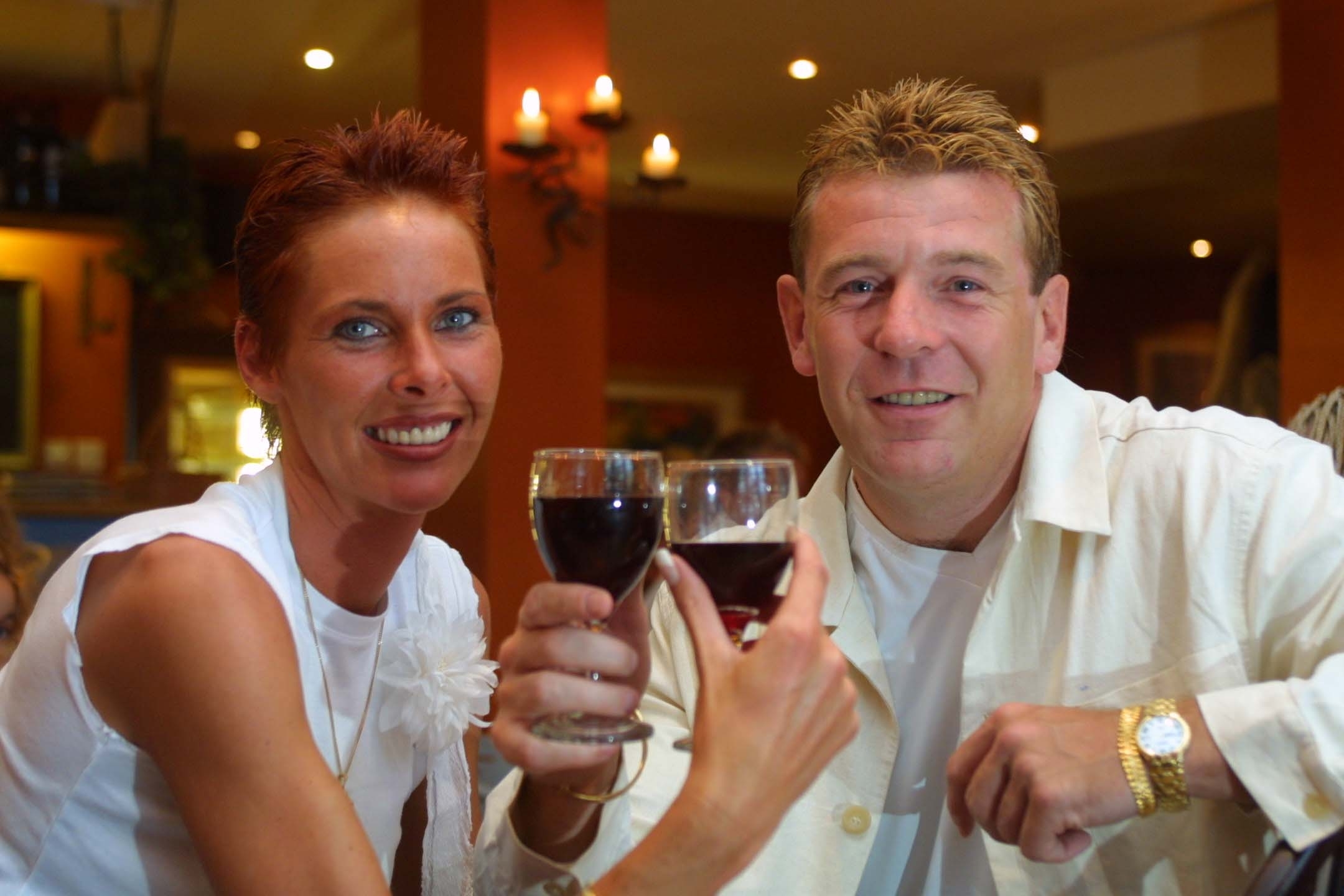 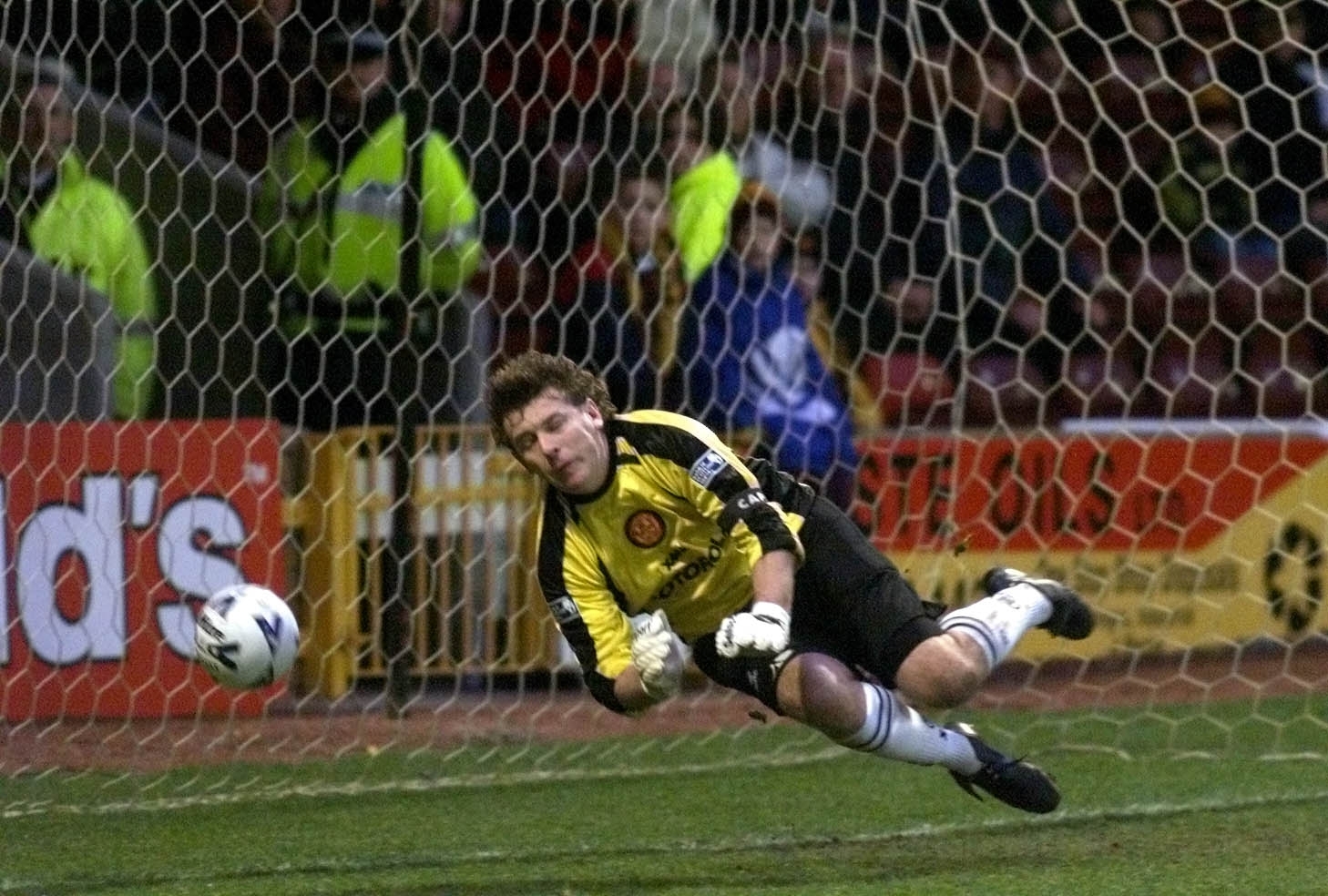 During his years at Ibrox, Goram always had the support of his manager Walter Smith.

But his patience was at breaking point in 1994 when Goram vanished, missing the Scottish Cup Final against Dundee United.

Smith had allowed Goram some time off to enjoy a holiday with his family as he sought to recover from an injury but the keeper missed his flight home and was left stranded in a Mediterranean resort without his passport and any clothes.

When he finally returned Rangers had lost the final 1-0, prompting Smith to put Goram on the transfer list.

It was, said Goram, “the most humiliating moment of my life.”

When Goram moved on loan to Manchester United in 2001 he was taken around the dressing room and introduced to all the players by the Old Trafford number two, Steve McClaren.

"I knew most of them, the Nevilles and all that – I played cricket with their dad,” explains Goram.

But then it came to Roy Keane, a lifelong Celtic fan who was well aware of Goram’s deep-rooted association with Rangers.

“He just looked at me and I went 'there's no point is there?' and he went 'no',” he recalls. “And we never spoke for three months." 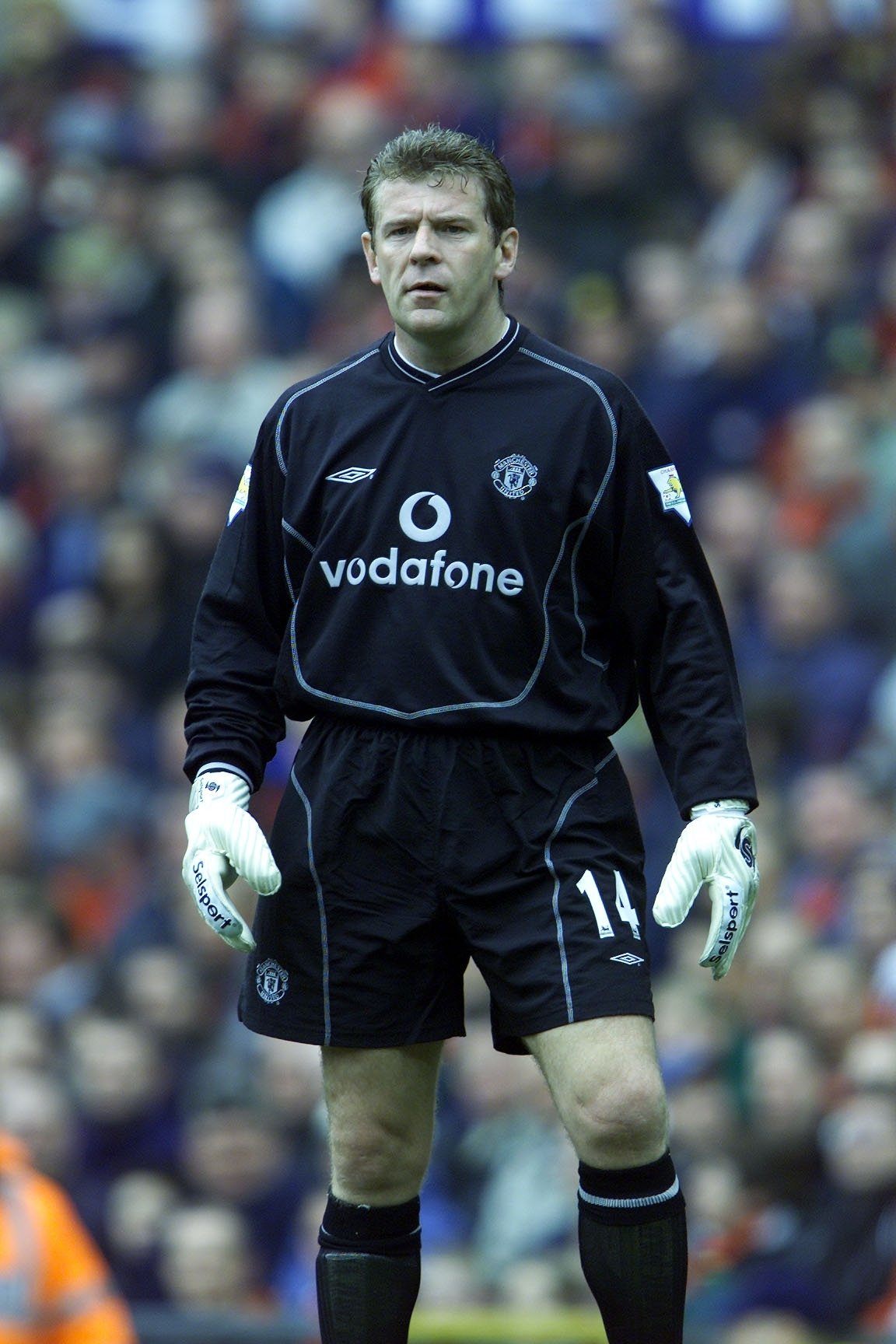 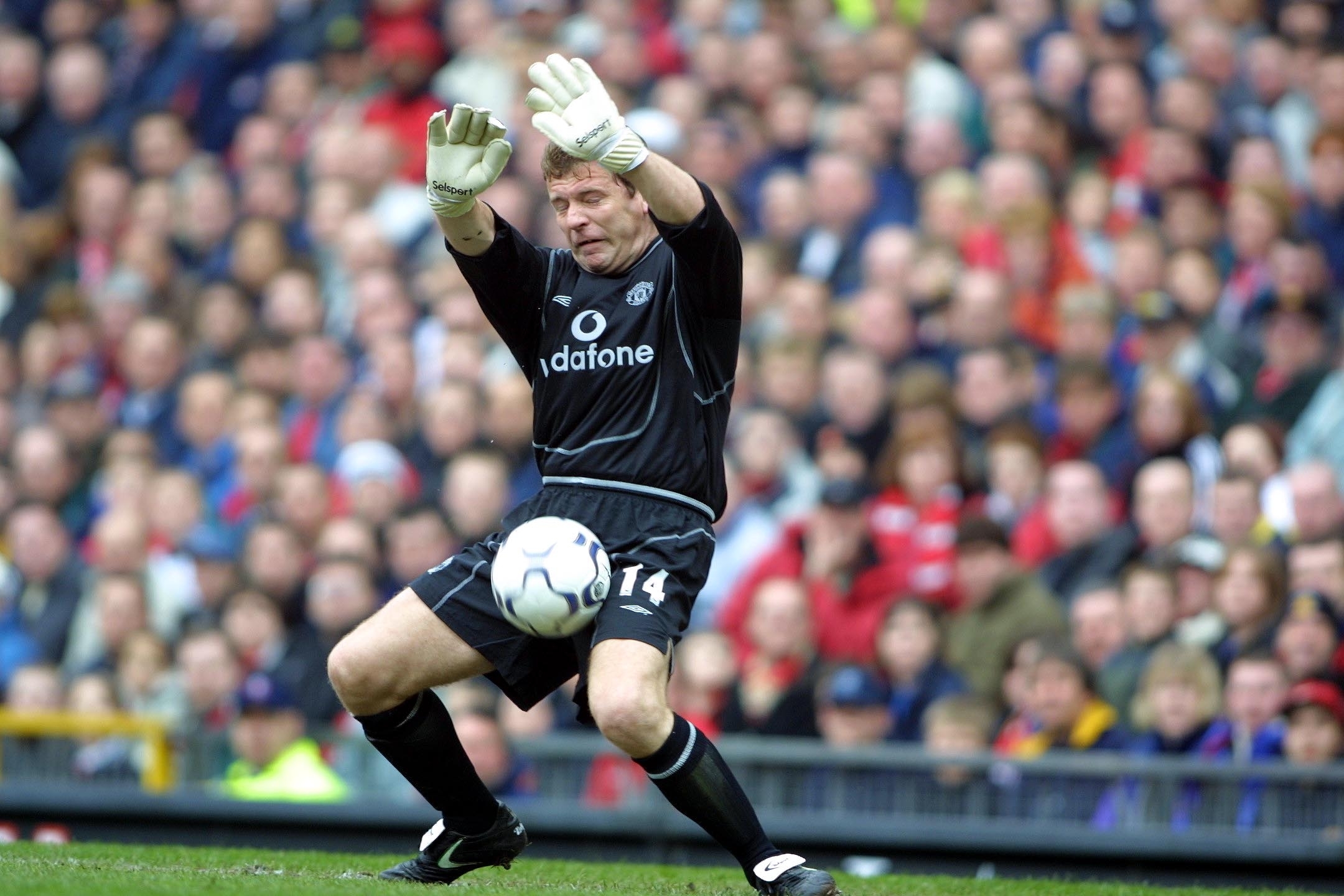 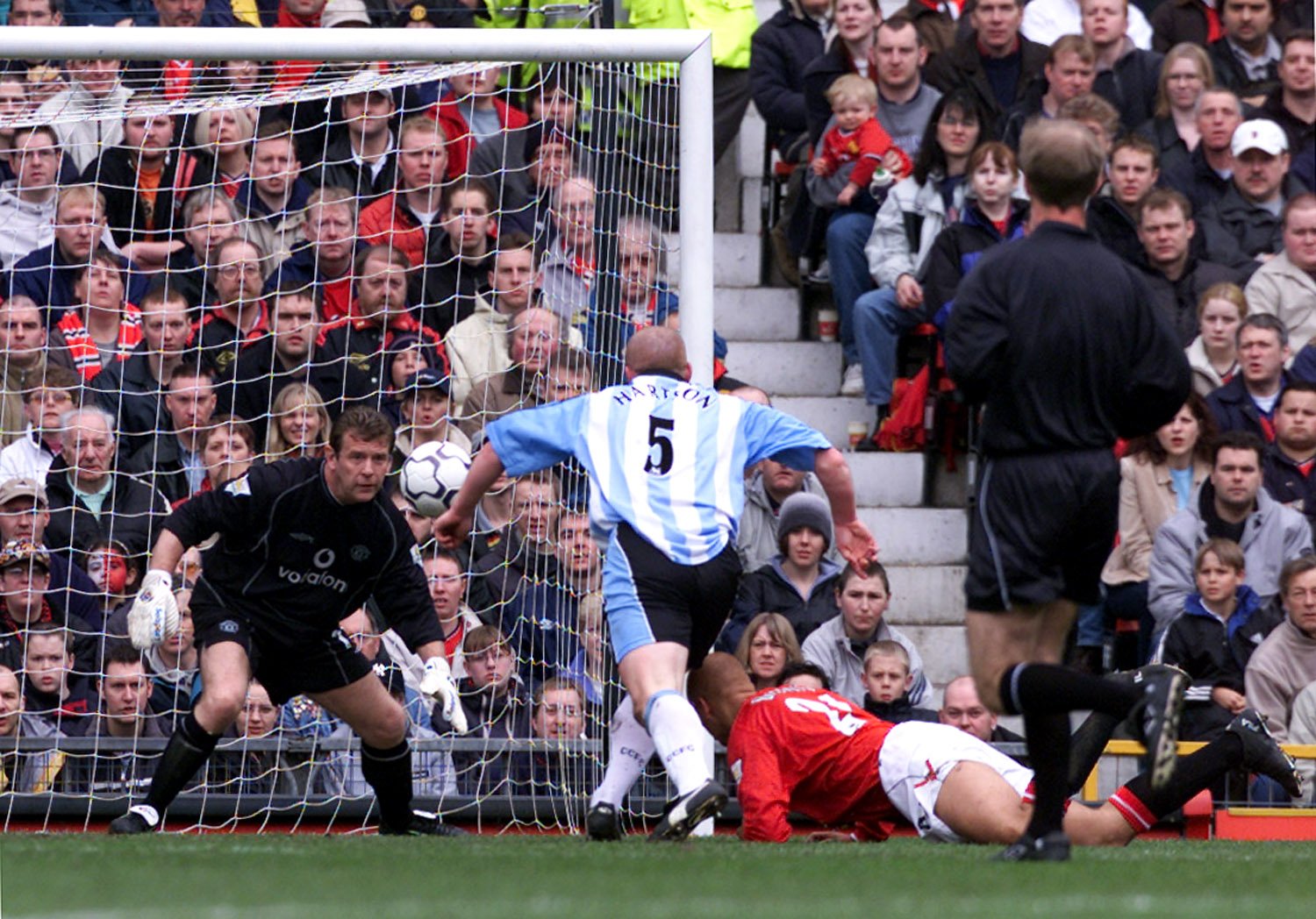 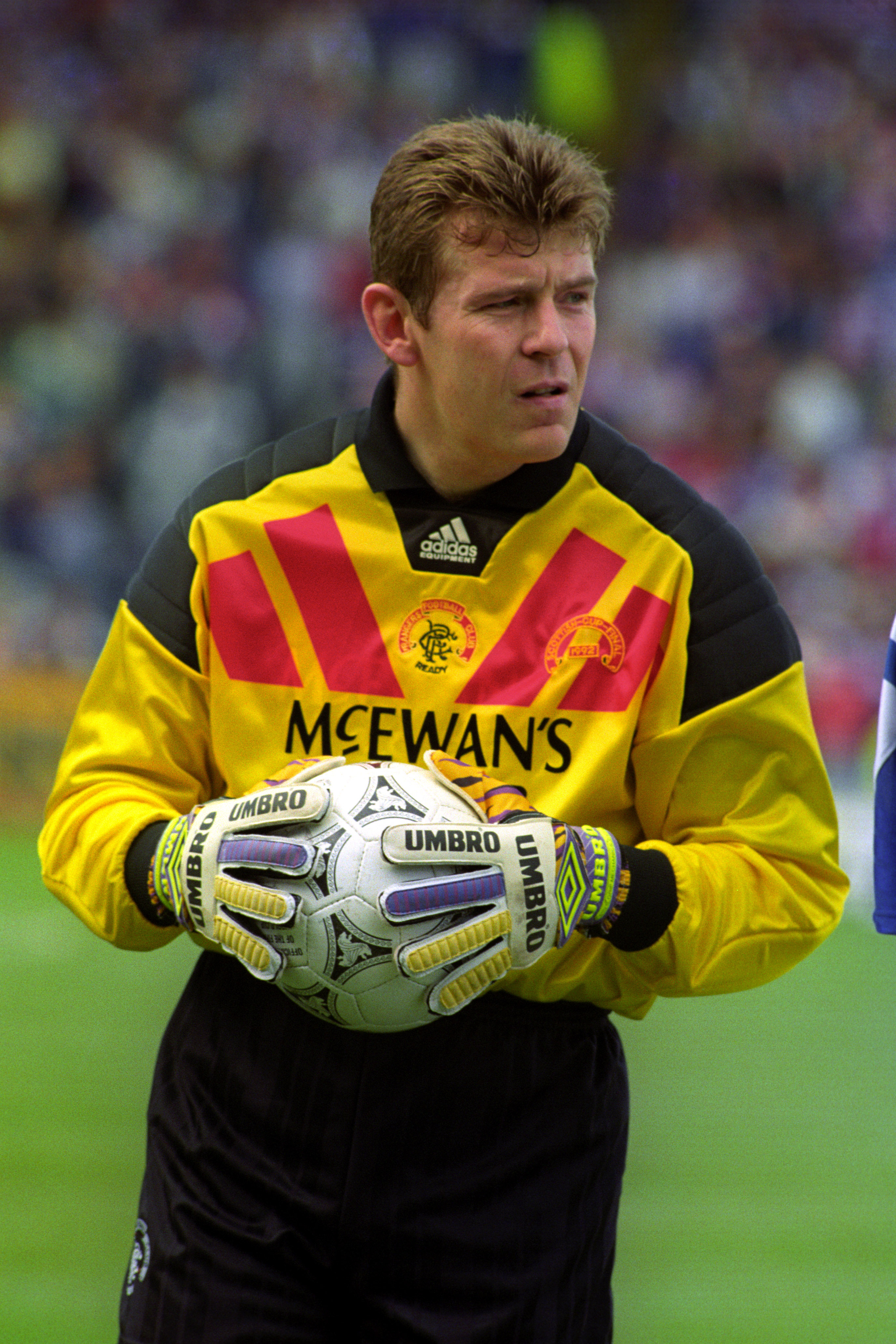