Home » Sport » RANKED: The 10 best European soccer transfers of the summer so far, including the next Andrea Pirlo, Europe’s best fullback, and the ‘Japanese Messi’ 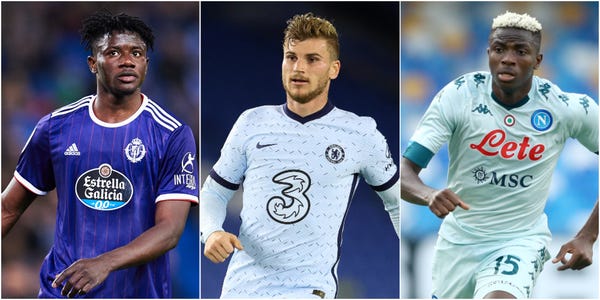 Chelsea has been the most notable mover and shaker in this year's summer transfer window.

But while the Londoners may have grabbed the headlines, there has still been plenty of action elsewhere, with European clubs having already spent a total of over $2.5 billion combined.

Some transfers are, of course, more notable than others, and with that being said Insider has ranked to 10 best so far, which you can see below. 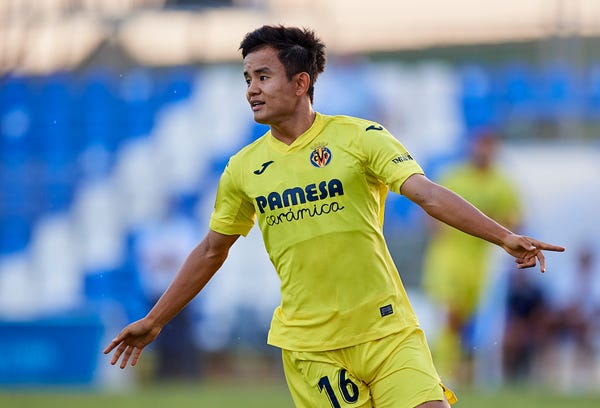 Takefusa Kubo enjoyed a superb breakthrough season in La Liga with RCD Mallorca in 2019/20, despite the club's relegation.

This term, it is Villarreal which has the pleasure of having Real Madrid lend it the "Japanese Messi."

"I'm very happy to be part of this team," Kubo said after signing a one-year loan deal at the Estadio de la Ceramica. "Hopefully I can have a good season. I want to grow here and help that Villarreal to become an even bigger club." 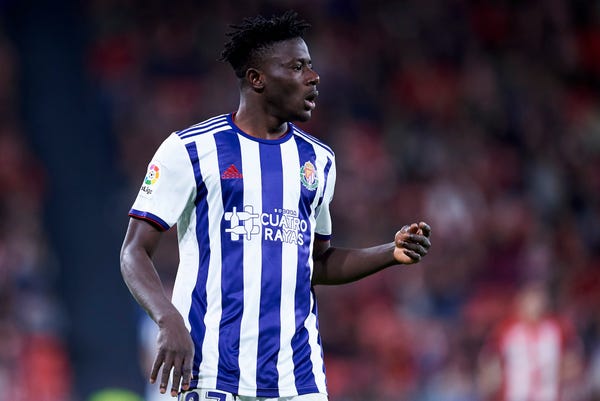 A rogue choice give the amount of big name transfers there have been this summer, but Salisu promises to be a brilliant addition for Ralph Hasenhuttl's Southampton.

The Ghanaian's stalwart performances for Valladolid last term helped the club to its highest finish in La Liga for 17 years, and saw him named in the division's breakthrough XI of the season.

According to FCBN, so impressive was the 21-year-old, he was wanted by all of Barcelona, Real Madrid, and Atletico Madrid – the latter of which is particularly renowned for identifying great young defenders.

Somehow, however, Southampton managed to beat off the hefty competition to land its man for just $14 million. 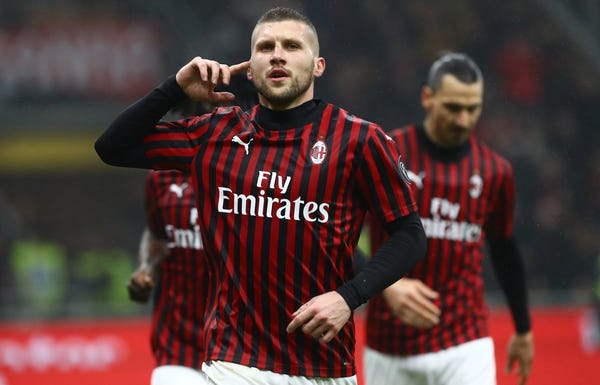 AC Milan's decision to sign Ante Rebic on a permanent deal this summer was a wise one.

The Croatian forward shone while on-loan at the San Siro last term, scoring 12 goals and providing four assists. He was particularly impressive after the appointment of Stefano Pioli as head coach in October, who moved the him in to a more central role rather than out wide.

The 26-year-old also bagged vital goals for the Rossoneri in memorable victories over AS Roma, Lazio, and Juventus. 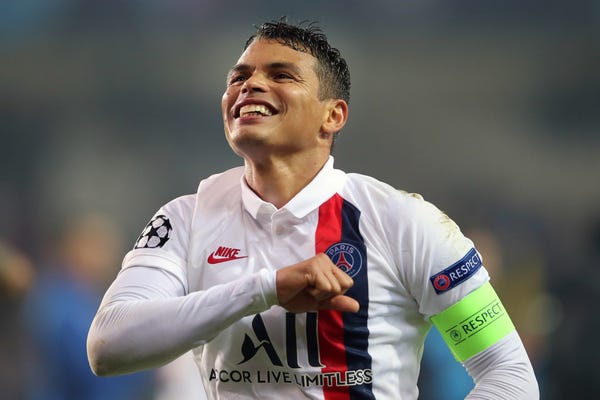 Chelsea was abysmal in defence last year, conceding more goals than any other team in the top half of the Premier League – so what better way to sure things up than with one of the most revered central defenders of the last decade?

Over past 10 years, Thiago Silva won 22 major trophies with PSG, and was instrumental in its run to the Champions League final last season. He also won Serie A with AC Milan in 2011, and captained Brazil to Confederations Cup glory in 2013.

The biggest bonus is that he cost the Blues absolutely nothing. 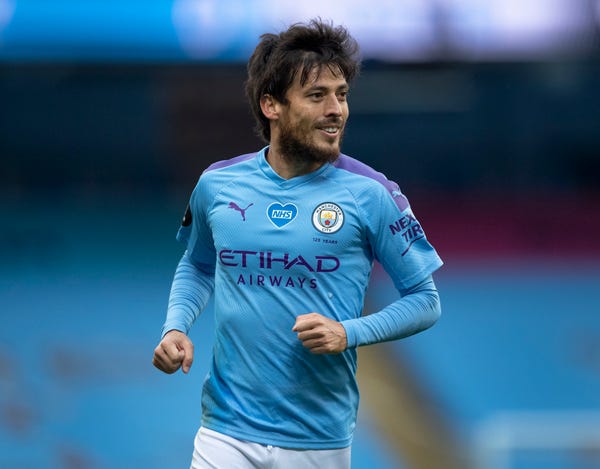 Silva's powers didn't wane at all during his decade long spell at Manchester City.

In-fact, two of his last three seasons at the Etihad were among his best ever in terms of combined goals and assists – which is all the more impressive given he was often rotated in-and-out of Pep Guardiola's inordinately strong midfield.

He was also named in the PFA's (Professional Footballers' Association) Premier League Team of the Season last term.

Sociedad lost its best player from last season this summer in the form of loanee Martin Odegaard, who returned to Real Madrid, however Silva, 34, is a (much) more than adequate replacement, regardless of his age. 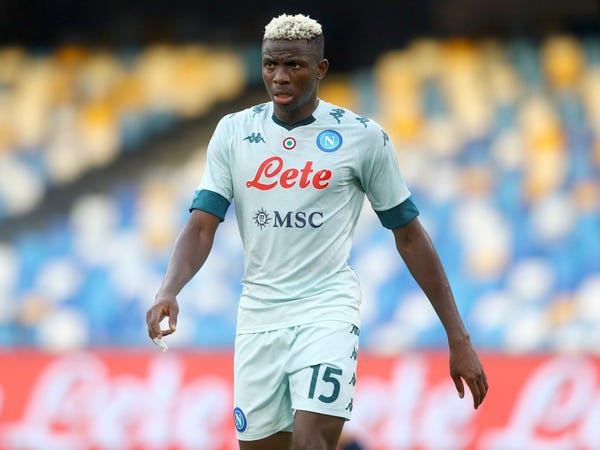 Three games, six goals. That's how Victor Osimhen has fared so far in his first pre-season campaign with Napoli following his $81 million move from Lille.

The Nigerian striker got off to the perfect start on his debut, scoring a hat-trick within just eight minutes against fourth division L'Aquila, before scoring three again the following week in a 4-0 win over Teramo.

Though he didn't score in Napoli's penultimate pre-season game against Pescara, he again troubled with his razor sharp movement and potent aerial threat.

"He is a forward with a great prospect," Napoli icon Diego Maradona told Gonfialarete of the 21-year-old. "He has hallucinating room for improvement. If put in the right conditions, he can become a 30 goal striker." 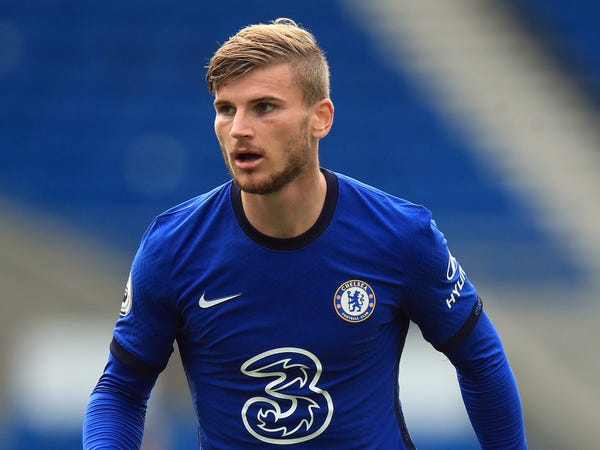 Werner was the most wanted striker on the planet after his 34 goal haul for RB Leipzig last season.

The German, as it seems with every in demand player this summer, opted to join Chelsea, where he is expected the fill the goal scoring void left by the departure of Diego Costa to Atletico Madrid in 2017.

A different prospect altogether to the bullish Spaniard, Werner is pacy, direct, and brilliant at running in behind – not to mention pretty good at putting the ball in the back of the net. 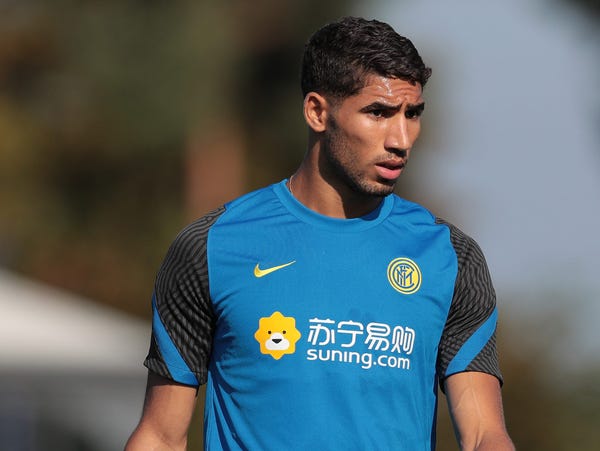 Forget Trent Alexander-Arnold, it was Achraf Hakimi who was the the world's finest right back last term.

On-loan at Borussia Dortmund, the Moroccan scored a quite remarkable nine goals and produced an equally impressive 10 assists as Lucien Favre's young side finished second in the Bundesliga and won the German Super Cup.

Not only is Hakimi a huge coup for Inter, but he's also a perfect fit for head coach Antonio Conte, who loves to utilize his fullbacks' attacking power by playing with three centre backs. 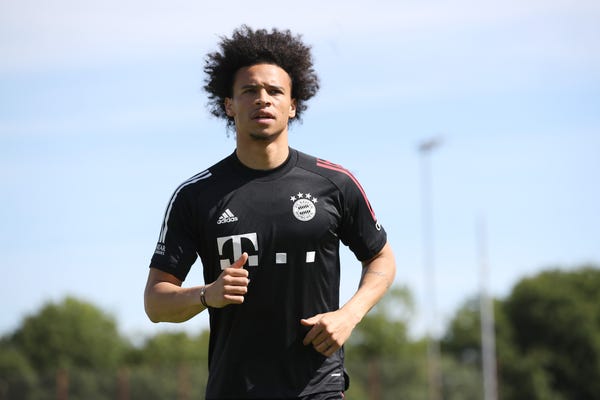 It's easy to forget quite how good Leroy Sane really is given he played just once last year through injury.

When fit, the German is one of the most devastating wingers in world football, offering pace, trickery, and top notch end product all in abundance.

In his only two injury free seasons at City, the 24-year-old played 96 games, scored 30 goals and provided 37 assists – which equates to a goal contribution every 1.4 games.

Alongside Robert Lewandowski and Serge Gnabry at Bayern, expect that number to skyrocket. 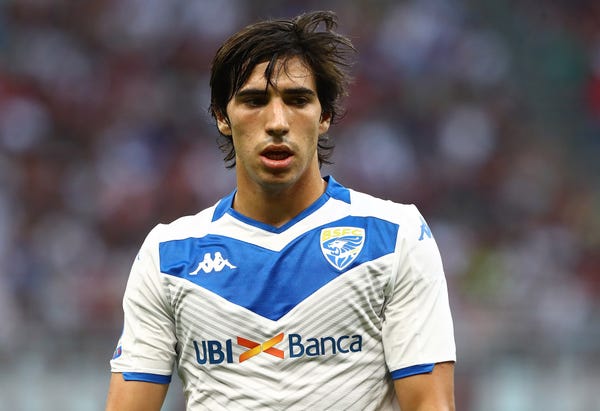 In Tonali, AC Milan has secured the services of one of the most promising young midfielders in world football.

Already described as the best midfielder in Serie A by Milan icon Andrea Pirlo, according to Goal, the 20-year-old has all the qualities of your typical "regista" — a playmaker who dictates the pace of his team's attacks.

On top of that, however, Tonali is also combative and tenacious, and often makes crucial interceptions and tackles to add extra protection to the defenders behind him. 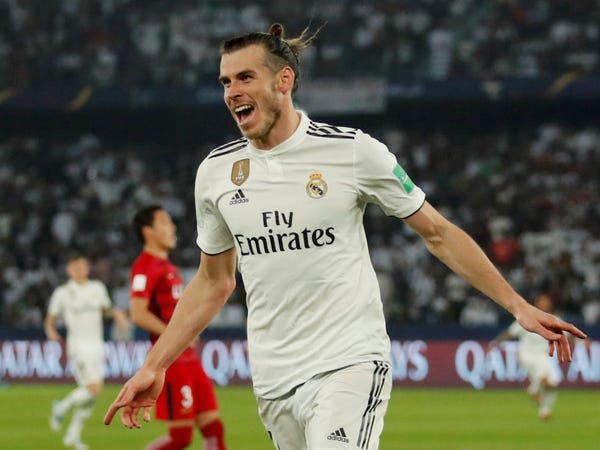 At the time of writing, Welsh winger Bale was on the brink of a move from Real Madrid back to north London's Tottenham Hotspur, but the deal had not been formally announced.

Bale made his name as one of the best attacking players in the world during his first spell with Spurs, eventually securing a then world record transfer to Spain in 2013.

After seven years at the Madrid giant, in which he has scored more than 100 goals and won the Champions League four times, Bale has fallen out of favor with manager Zinedine Zidane.

At 31, he's still got several years left at the top of his game, and a loan move to Spurs could be just the ticket to reinvigorate his career and see him produce displays like the scintillating performance he put in against Inter Milan in the 2010 Champions League, a game that announced his arrival on the biggest stage.

Once confirmed, this will undoubtedly be one of the best signings of 2020.