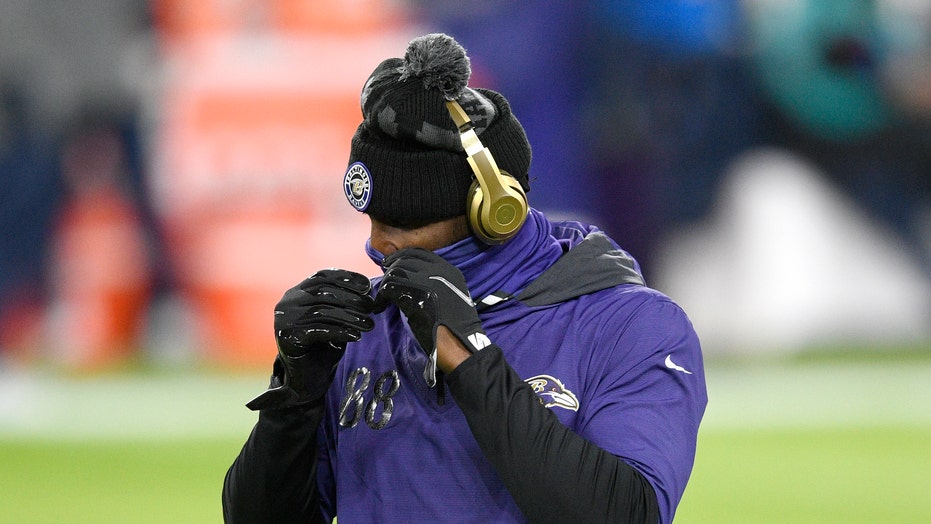 Baltimore Ravens’ Dez Bryant ended his season and restarted it all in one night.

It’s no surprise that the frustrated wide receiver was looking forward to playing the Dallas Cowboys but after testing positive for COVID-19, Bryant was pulled from warm-ups an hour before facing his former team.

JAGUARS’ GARDNER MINSHEW ‘BEGGED’ FOR STARTING JOB AFTER COMING BACK FROM INJURY: ‘I WANT TO BE OUT THERE’

Clearly upset, Bryant took to Twitter to say he was calling “it a quit for the rest of the season.”

Bryant fired off a series of tweets thereafter, asking the NFL if the game would be called off considering how close to kickoff the positive test result came and even offering to share about businesses he had been “working on.”

Shortly after causing a stir, Bryant walked his tweet back he wasn’t quitting.

The Ravens ended a three-game losing streak with a 34-17 win over the Cowboys on Tuesday night. Lamar Jackson, who made his return after missing one game from his own bout with COVID-19, said he knew how important this win was for Bryant after finding out he was pulled.

“We got to win that game for him because we knew how much it meant to him,” Jackson said during his postgame presser. “It is what it is, we got the victory for him. I’m feeling for him because I know it’s a game he wanted to be in.”

CLICK HERE TO GET MORE SPORTS COVERAGE ON FOXNEWS.COM

After the game, Bryant tweeted that it was never a grudge match for him.

“This was more than just another game for me… It wasn’t about revenge..  I didn’t need a catch… I wanted to make a point…” he wrote.