The Manchester City playmaker emerged as a hugely important figure in the club's dominant title win. 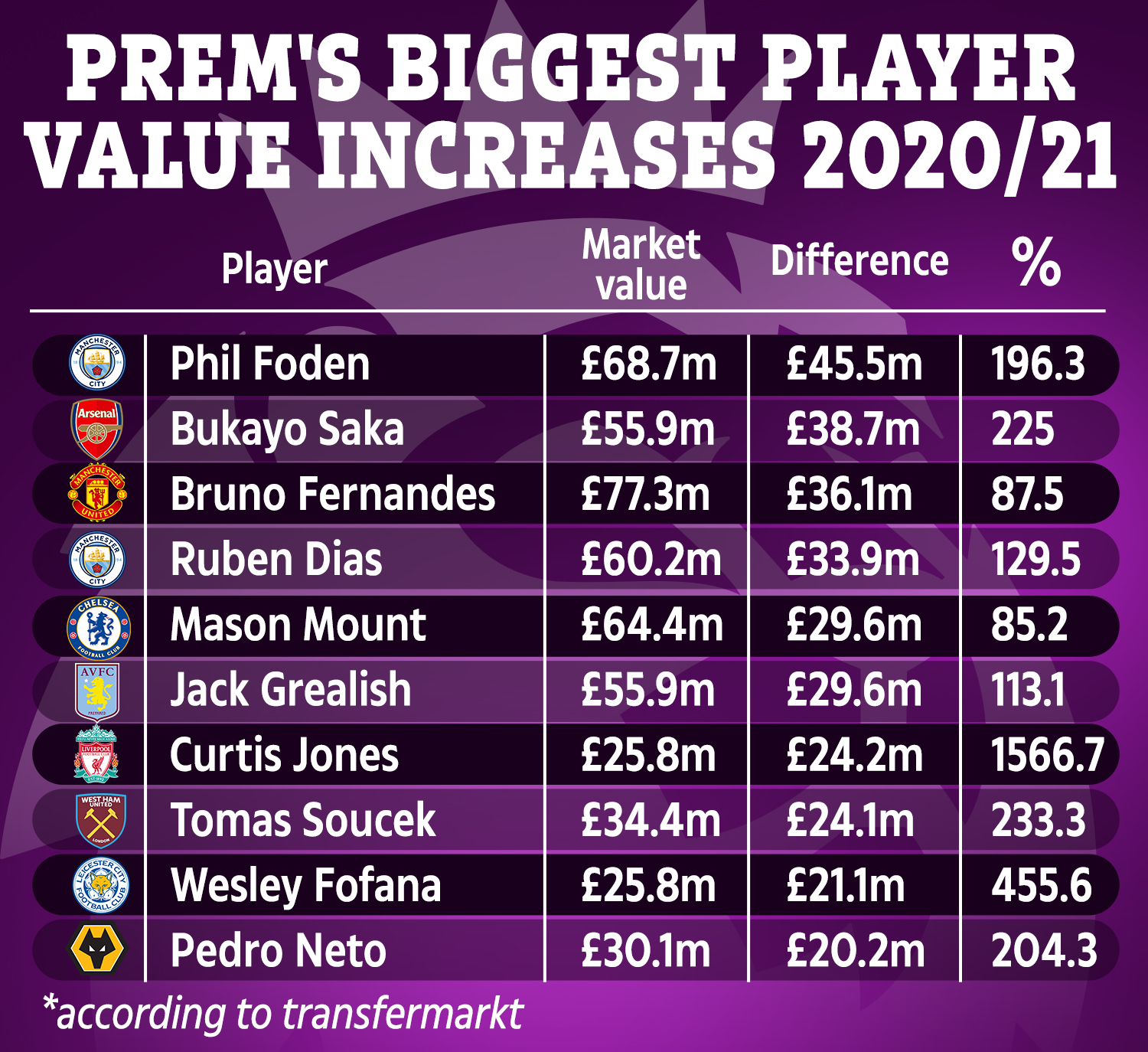 According to transfermarkt, the 21-year-old's impact has been so impressive that his value has soared to £68.7m since July 2020.

Foden has scored nine and assisted five throughout the Premier League season while also starring on the biggest stage of all in the Champions League.

Arsenal's whizkid Bukayo Saka is second on the list with his value increasing to £55.9m.

The England winger, 19, is emerging as an integral figure under Mikel Arteta and is set to become a huge part of Arsenal's future.

Bruno Fernandes' value has increased from £41.2m to £77.3m after bagging 18 league goals and a further 12 assists.

It is also no surprise to see Chelsea's starlet Mason Mount and Aston Villa's Jack Grealish make the grade.

Grealish is hot property with Manchester City linked with a £100m move for the playmaker. 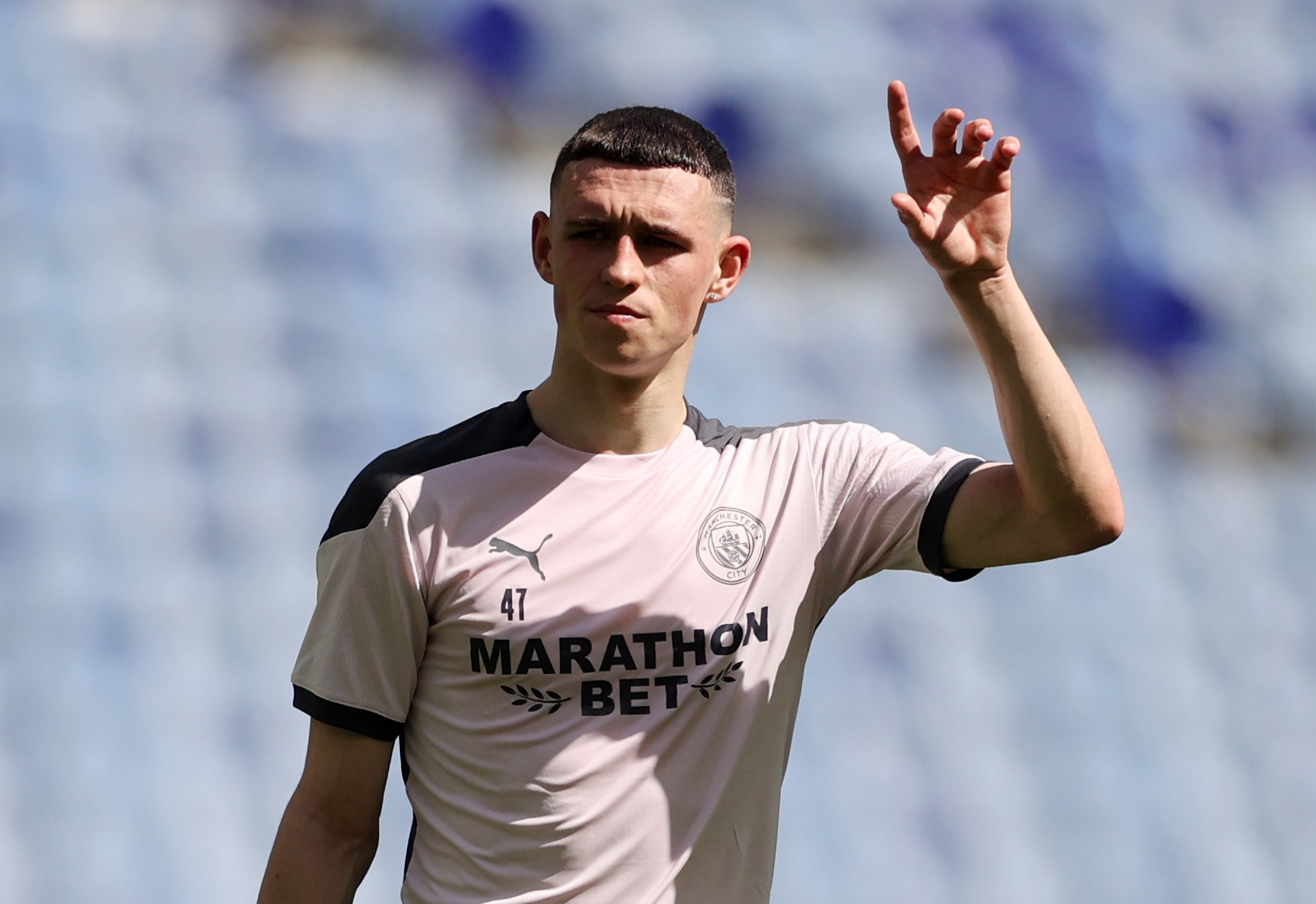 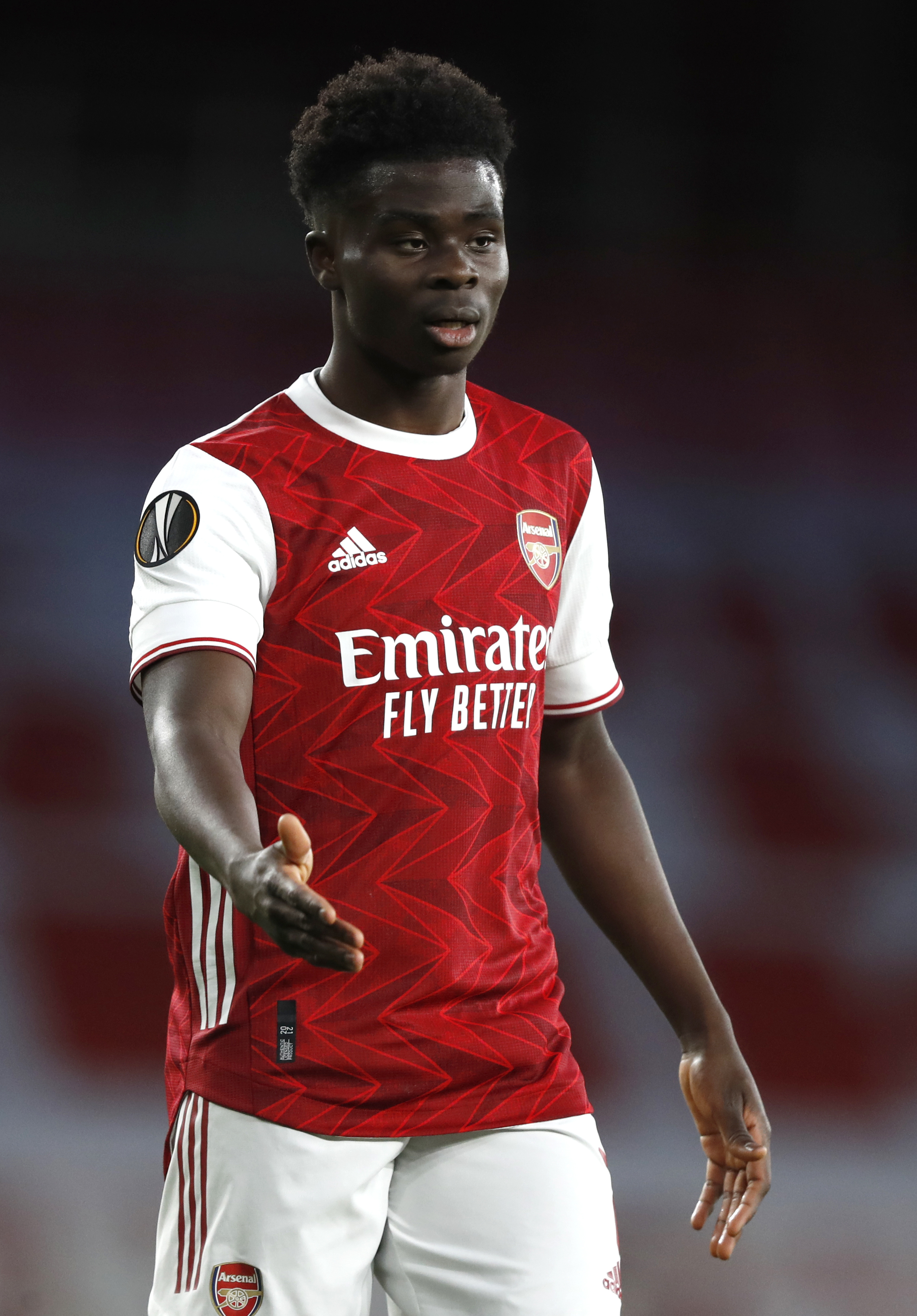 Liverpool have a wonderkid of their own in the name of Curtis Jones.

The 20-year-old has featured 24 times in the Premier League this season which has seen his value increase by a whopping 1566.7 per cent.

West Ham's Tomas Soucek was one of the signings of the season having joined the East London outfit for £19m.

He is now reportedly worth £34.4m following an impressive ten goals from midfield under David Moyes.

Finally, Wolves' Pedro Neto has been a shining light in a drab season for the club.