RICKY HATTON'S son Campbell has signed for Eddie Hearn's Matchroom stable and will make his professional debut in February.

The 19-year-old and promoter Hearn announced the news online, having held talks alongside Ricky beforehand. 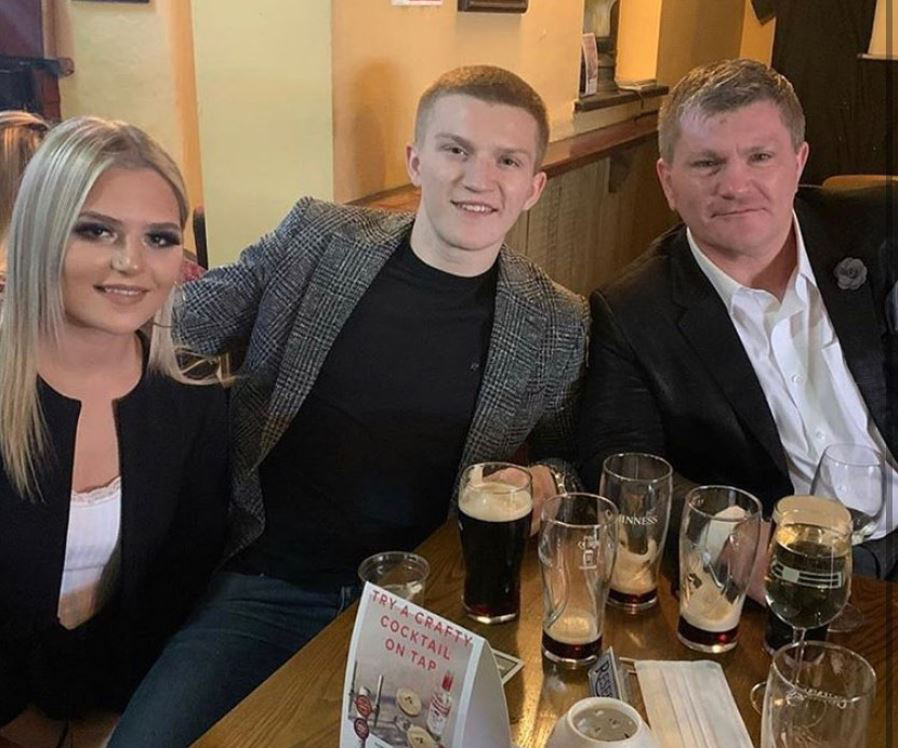 Hearn said: “I had a meeting with Campbell and Ricky and the hairs on the back of my neck stood up.

"We have a chance to do something very special in Manchester here and we will do everything we can to guide Campbell the right way.

"The pressure is on him but he has a great head in his shoulders and a city behind him that will support him every step of the way."

He was trained along the way by his dad – who won titles in two divisions – as well as his uncle Matthew.

Campbell will be trained by Matthew and managed by Ricky.

He said: “I’m very lucky to be in the position I’m in with my dad being a former world champion and my uncle Matthew also being a world title challenger as well because their experience in the game is second to none.

"There aren’t many people who can say they have that sort of advice.

“Me and my dad get on really well. I think it’s because we are so similar, we have the same sense of humour, same interests and the same passion for boxing.

"It’s such a big part of both of our lives which makes us very lucky to be able to share that.”

Campbell will debut at super-featherweight but has aspirations to go up to lightweight.

Ricky reigned at light-welterweight before achieving the same feat at welterweight during his iconic career.

“I’ve been proud of him since the day he was born. He’s a fine young man and he’s following in my footsteps.

"My mum and dad brought me up in a certain way and I’d like to think I’m doing the same thing with Campbell."