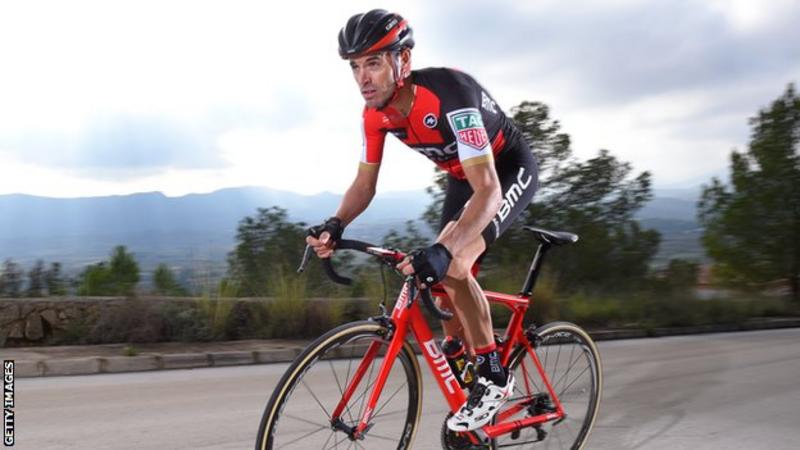 Spain’s Samuel Sanchez has been given a backdated two-year ban for a doping offence after testing positive for a growth hormone in August 2017.

The 2008 Olympic road race champion returned an adverse analytical finding of GHRP-2 in an out-of-competition test just before the 2017 Vuelta a Espana.

Cycling’s governing body, the UCI, said on Monday the ban is backdated to the start of his provisional suspension.

Sanchez, 41, will be eligible to return to cycling after 16 August this year.

The UCI said it accepted Sanchez’s explanation that the anti-doping rule violation (ADRV) was a result of a contaminated supplement.

“After careful review of the explanations and evidence submitted by Mr Sanchez, the UCI has accepted the likelihood that the origin of the ADRV was a contaminated supplement Mr Sanchez was using,” it said in a statement.

“While the UCI would have preferred the case to be resolved sooner, establishing the source of the ADRV required multiple scientific analyses, as well as follow-up investigations, to make sure the correct conclusions were reached.”

The UCI added that the decision can now be appealed by Spain’s national anti-doping organisation and the World Anti-Doping Agency.

Sanchez was fired by BMC Racing after his positive test was confirmed by analysis of his B sample in October 2017.

As well as Olympic gold, Sanchez won five stages of the Vuelta, finishing second overall at his home Grand Tour in 2009.

He was upgraded to second overall at the 2010 Tour de France after doping bans for Alberto Contador and Denis Menchoz, also winning the king of the mountains classification at the 2011 Tour.