Williams, a three-time champion at the French Open, was resoundingly beaten by fellow American Sofia Kenin in the competition’s third round on Saturday.

Williams was frequently frustrated during the match, failed to convert a crucial break point in the first set, and was broken quickly in the second. Though her serve confounded Kenin, the 20-year-old exhibited excellent clutch by converting her own break points, sealing a straight sets win at Roland Garros.

The crowd at the Philippe Chatrier court booed Kenin and cheered Williams, who left the arena to address the media at a press conference.

The only problem was that Thiem was already using the press room having beaten Pablo Cuevas on the Suzanne-Lenglen court earlier in the day.

But to accommodate Williams, Thiem was told to leave the room, something he later complained about toEurosport Germany.

“I wasn’t angry or frustrated,” he said. “Maybe for a couple of minutes or so. It is just the principle … even if a junior is in there, every player has to wait.”

It is not the first time Williams has faced criticism. She infamously had amid-match meltdown in the 2018 US Open final, accusing the chair umpire of being a “thief.”

Williams was slapped with three code violations during her defeat to Naomi Osaka last year, and even attracted condemnation from a Wimbledon Championships chief as the whole incident was “not a good look.” 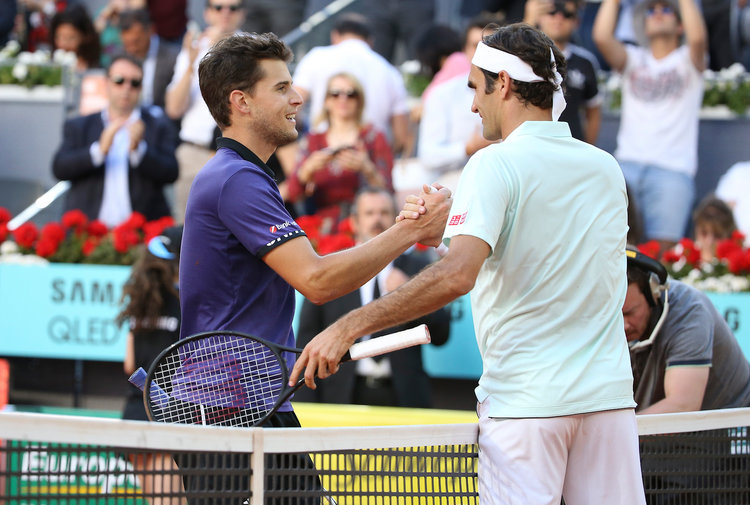 Dominic Thiem (right) has been critical of Williams, and Roger Federer (right) “understands” his frustration.Photo by Jean Catuffe/Getty Images

Thiem said getting ejected from a press conference to make way for Williams “shows a bad personality.” He added: “I am 100 per cent sure Federer or Nadal would never do something like that.”

According to Eurosport, Federer himself said that “something went wrong for this to happen.”

Federer said: “There’s always a way to go, that the one who is still in the tournament gets priority. If I would have lost I would let [the opponent] go first or decide when he wants to go to press as he’s got the next match.

“I understand Dominic’s frustration. For him, it’s just about how in the world did this happen?”

Thiem takes on Gael Monfils in the Round of 16 on Monday.