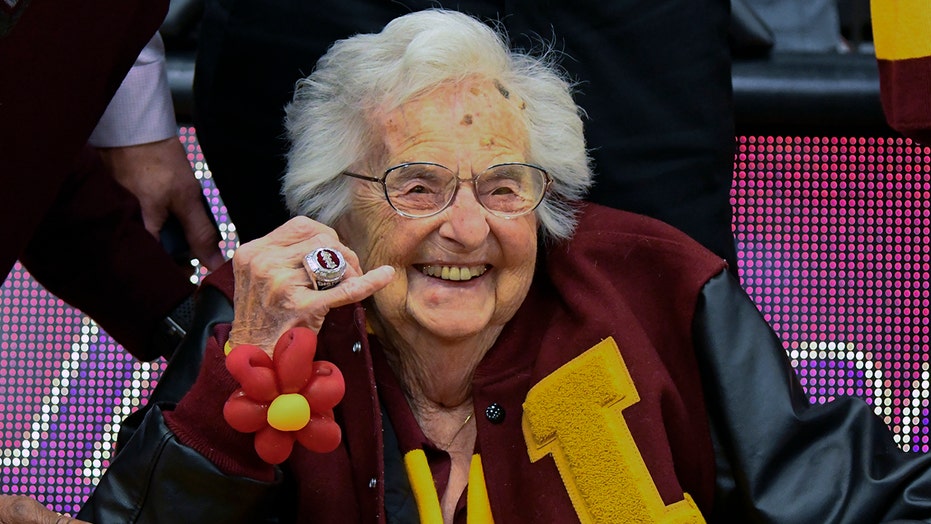 Sister Jean Dolores Schmidt was considered to be Loyola-Chicago’s good luck charm when the Ramblers made it to the Final Four during the 2018 men’s basketball tournament.

But given the coronavirus restrictions limiting fan attendance and who can travel with teams to Indiana for the tournament, the 101-year-old Loyola chaplain could be left watching the game from home. Sister Jean is vaccinated but there could be other logistical concerns.

According to the paper, she’s waiting for approval from the NCAA to be on Loyola’s travel party. She said she understands that her contact with the players would be limited as the tournament is set to take place in a bubble environment.

“They’re checking with the NCAA to see which venue we’ll be in, how far it is from the hotel, what kind of security I need,” she told the Tribune. “Everything will be fine. I’ve been (attending games) for so many years, ever since we’ve been in the Valley. Even the last three years, I’ve been in a wheelchair and we’ve managed (being safe at games).”

Sister Jean said she’s followed the Ramblers all-season long even watching the live box scores when she didn’t have access to whatever channel the team would appear on.

Loyola used her as an inspiration to get through the Missouri Valley Conference tournament this season. The Ramblers won the tournament and received an automatic bid to the Big Dance.

Loyola now waits to see who they will play in their first-round game.