DAN SKELTON labelled My Drogo one of the most exciting horses he’s ever trained after he flew home at Ascot.

On only his second start over timber he took home the Grade 2 Kennel Gate Hurdle. 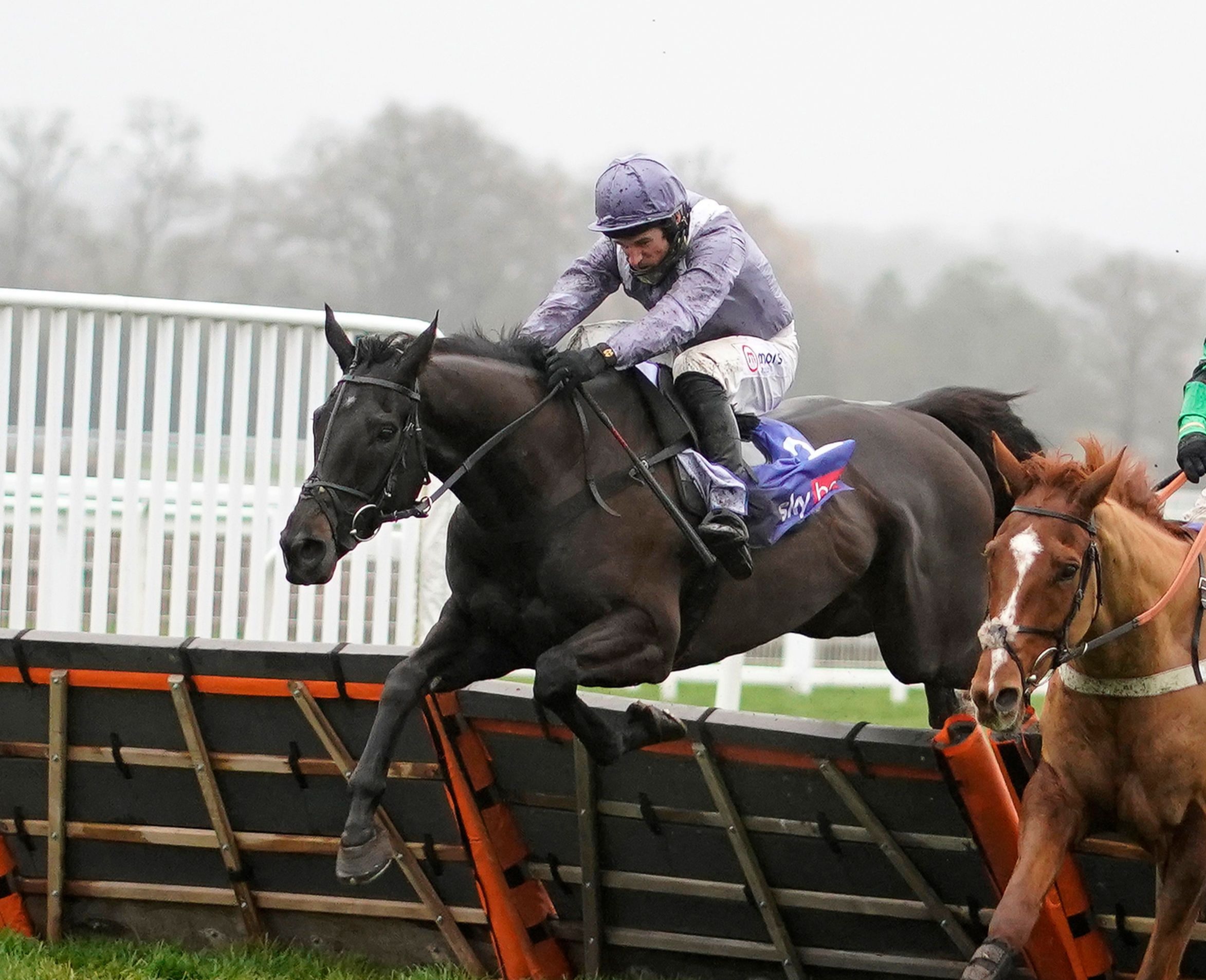 And Skelton purred: “He’s clearly very high class, but what surprised me was how much his jumping improved from his win at Newbury.

“I was really impressed with that. He only made his debut eight weeks ago!

“We’ve got no wild ambitions as a hurdler though. We could go even skip Cheltenham with him and maybe go to Aintree.

“He’s as high as anything we’ve had on raw ability but chasing will be his game. He’s very talented and could be up there with anyone’s best this season.”

His Allart, making his debut over fences, made light work of favourite Fiddlerontheroof after the last jump.

Henderson said: “I don’t normally like running horses in the deep end too early but it worked well there.

“He was a bit careful early on but improved as the race went on. We’ve won that race with some nice horses in the past.”

Coral cut the horse into 16-1 for the Marsh Chase at the Cheltenham Festival from 40-1.