SLAVIA PRAGUE have filed an assault complaint to Police Scotland amid an alleged Glen Kamara 'punch' incident, it has been confirmed.

The Czech side have denied all wrongdoing and have dismissed that their player Ondrej Kudela racially abused Kamara on the pitch in the last-16 Europa League tie. 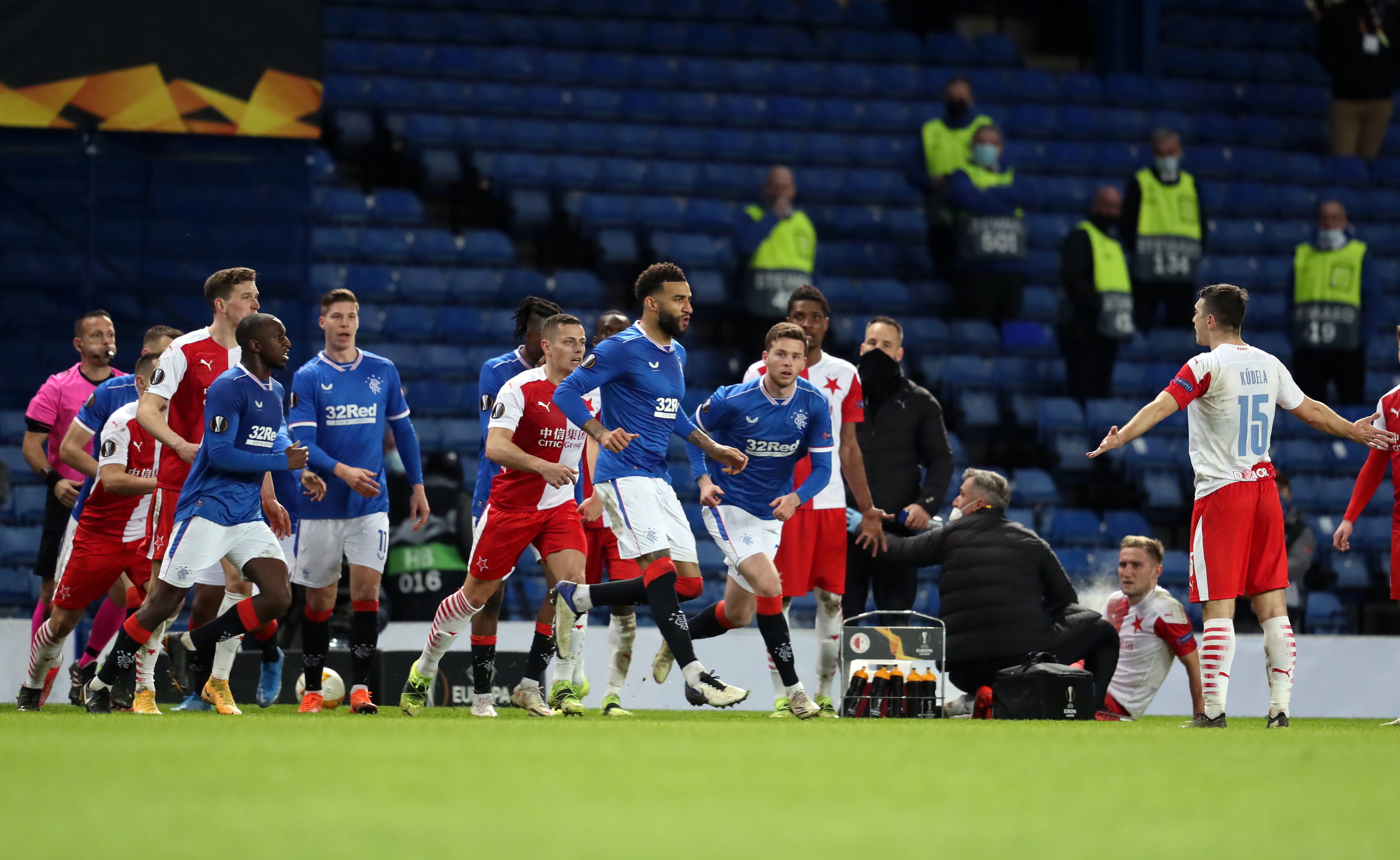 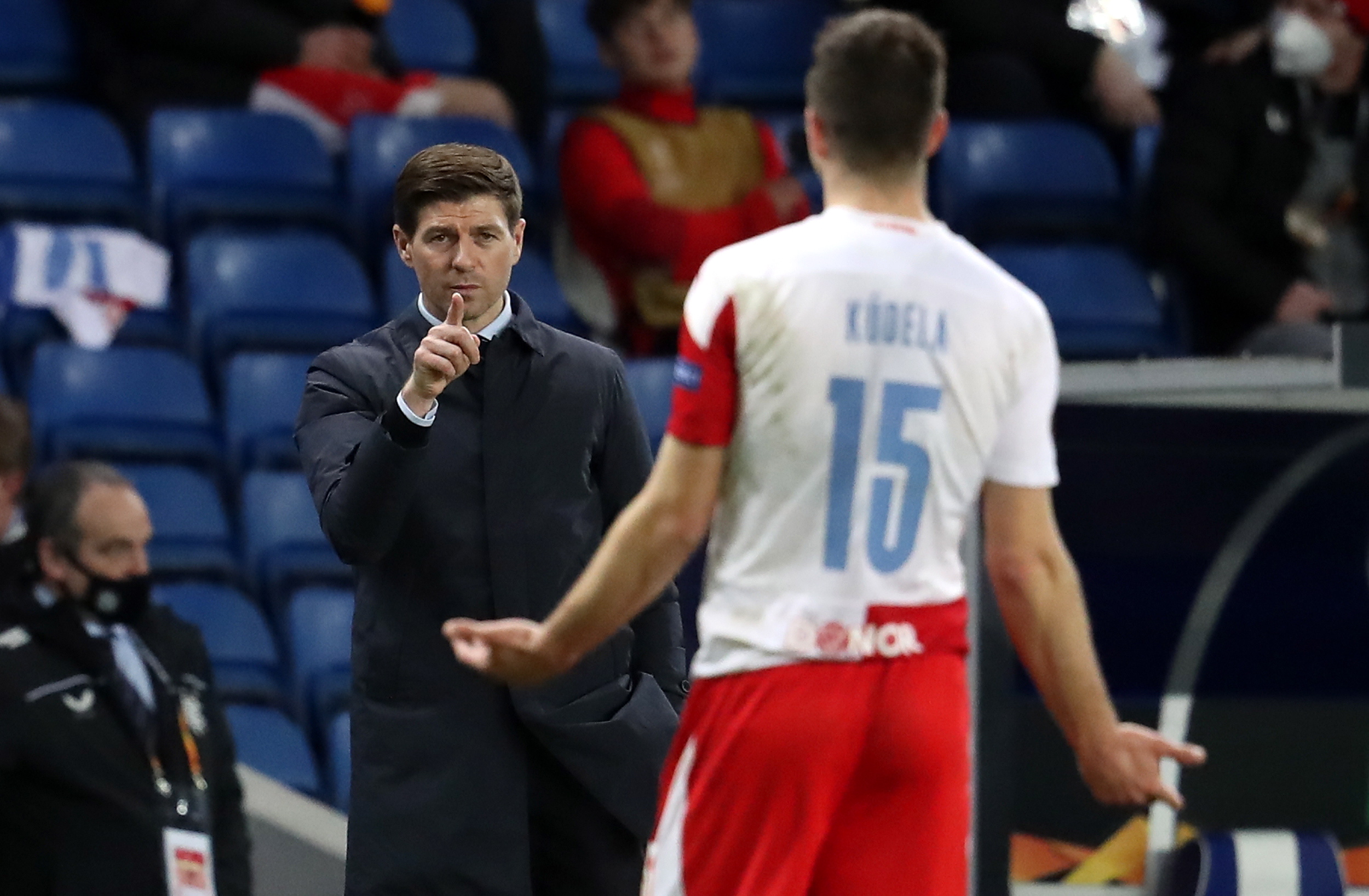 The Slavia player provoked a furious on-field reaction from Kamara after whispering something in his ear during last night's encounter.

Gers boss Steven Gerrard later revealed that Kamara told him he'd been subjected to racial abuse by the 33-year-old.

He also said Rangers were called LIARS after Kamara told him he was racially abused by the Slavia Prague player.

The Czech outfit totally DENY the claims that Kudela made such comments, instead saying that Finnish star Kamara assaulted him after the match.

Slavia chiefs claimed that the Light Blues midfielder punched Kudela in the head.

They went on to sensationally suggest that Gerrard WITNESSED the alleged attack.

And now, they have reported the alleged incident to Police Scotland – further claiming that the 'attack' was pre-meditated.

Their statement announced: "SK Slavia Praha has filed a criminal complaint with Police Scotland through the Embassy of the Czech Republic in Great Britain for the physical assault of player Ondrej Kudela. 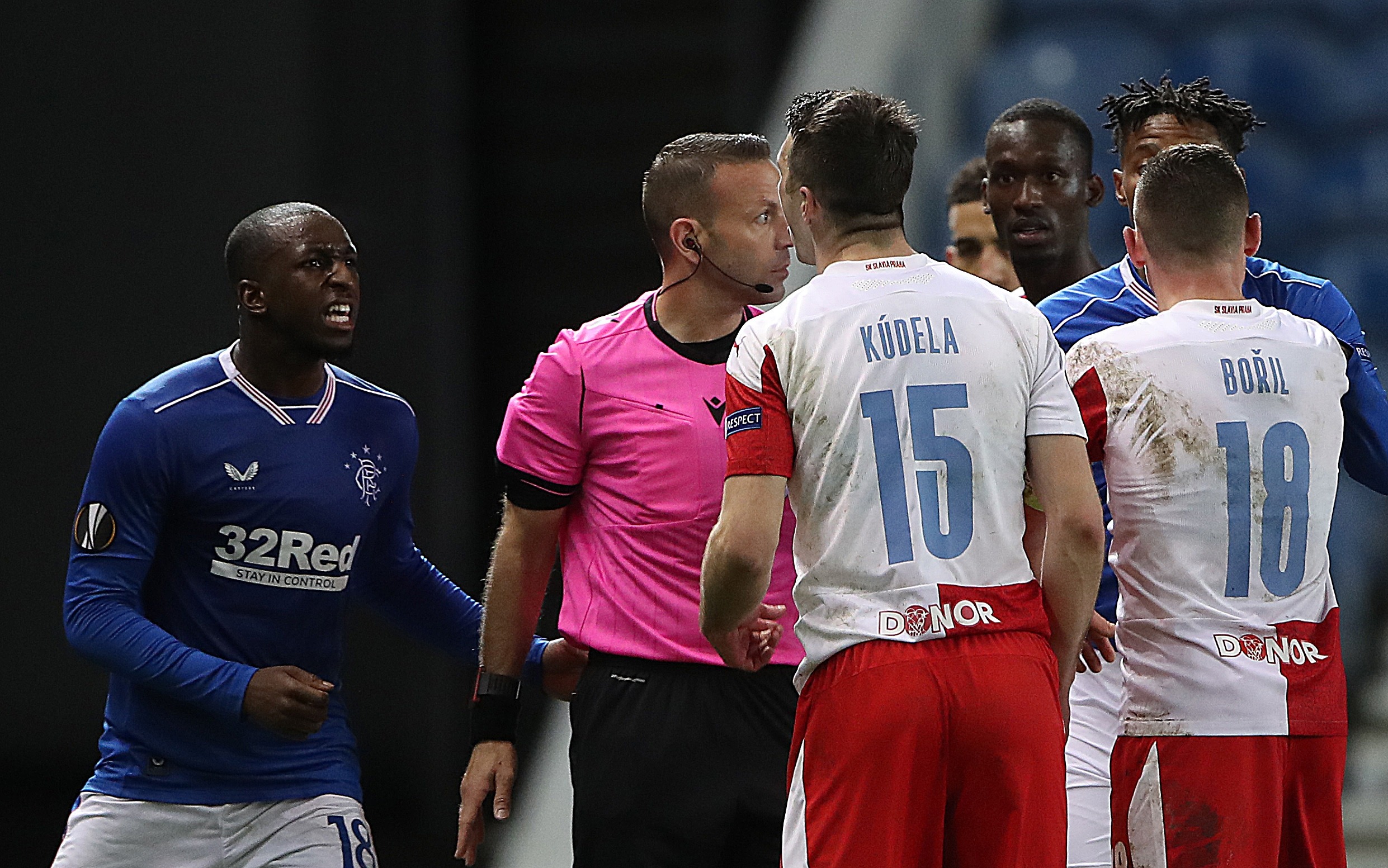 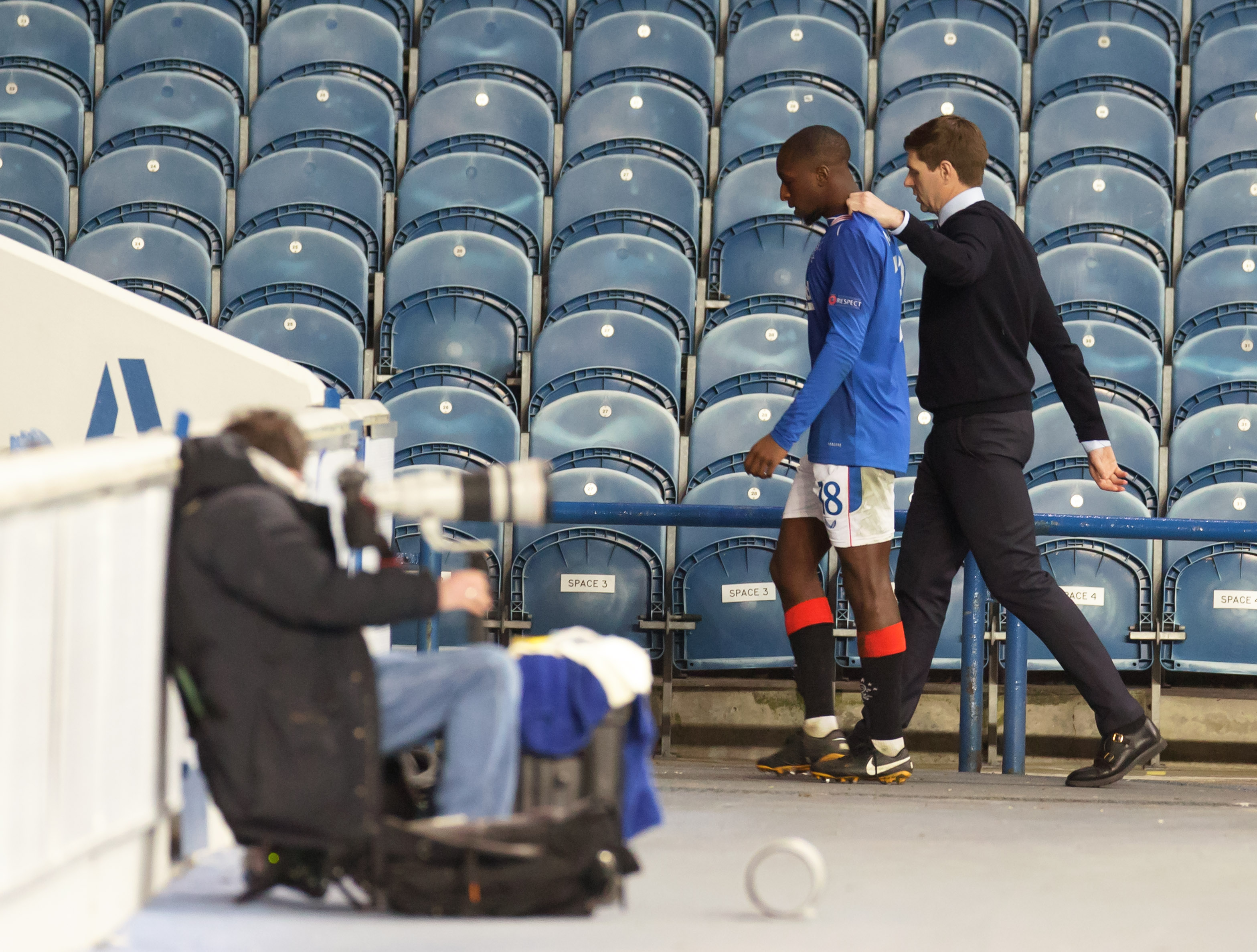 "The attack on player Ondrej Kudela was pre-meditated and planned, including deliberately covering the cameras at the scene of the incident. The brutal and crude attack was conducted with full intensity in order to injure and cause physical damage.

Both alleged incidents are under investigation by UEFA, who announced an official probe on a short time ago this evening.

Just earlier today we told you how Slavia released a statement threatening legal criminal proceedings over the matter.

Slavia condemned racism in all forms and insisted they are a club for ALL.

A spokesperson said: "The firm commitment to fight racism, xenophobia and all forms of hatred is one of the pillars of Slavia football policy.

"Any form of racial discrimination is contrary to our values and principles and we shall never tolerate such conduct.

"We believe that all people must be free and equal with their rights and dignity. Slavia strictly abides by the policy against racism display as put down by the organization FARE Football Against Racism Policy in Europe. 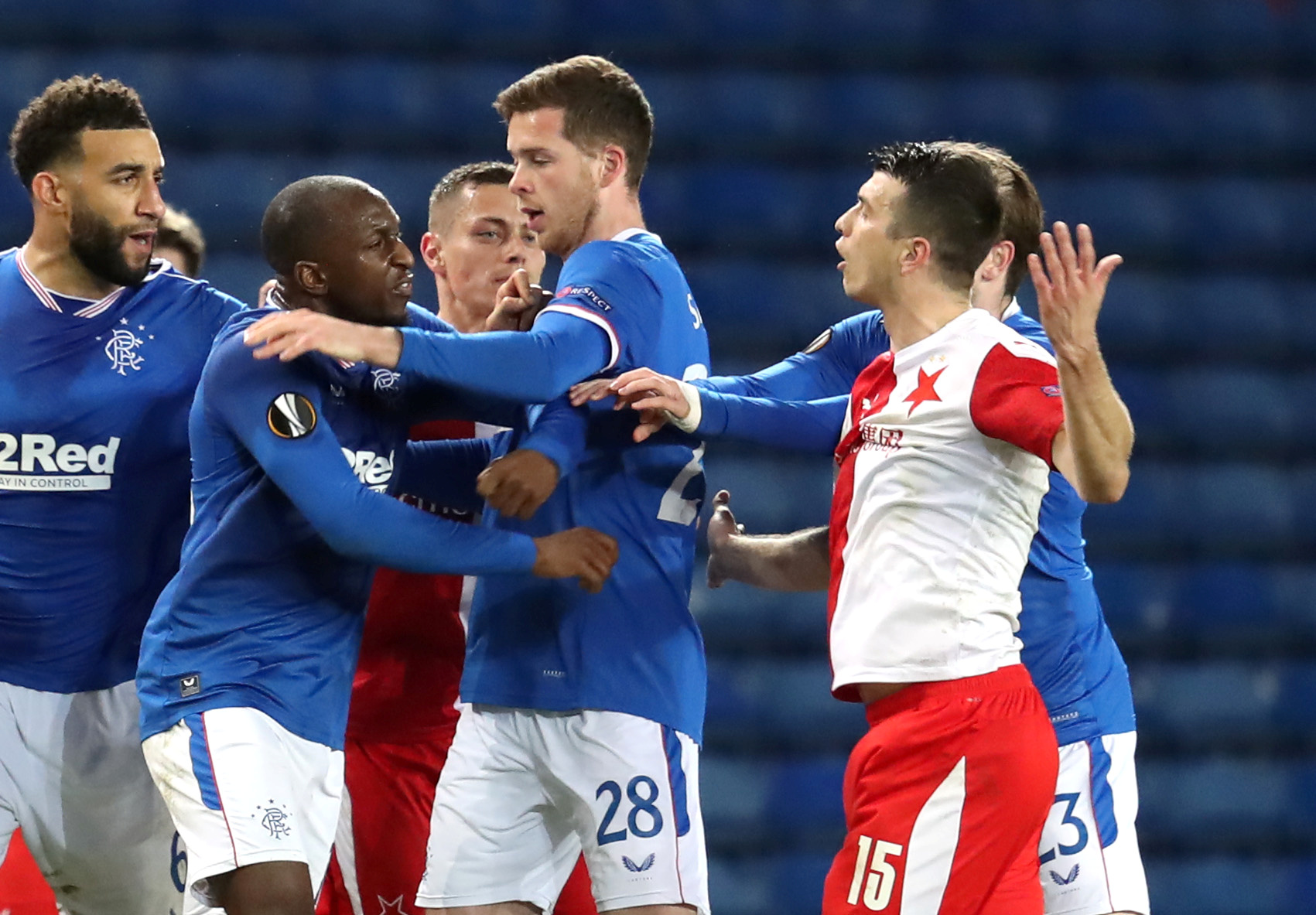 "We are a club where all enjoy fair chance regardless of their race, colour, religion or beliefs. We build on the fair play ideal that has been an inherent part of the club since its establishment.

"The modern Slavia is a fully multicultural team and even our hardcore fans wear jerseys of all players without exceptions.

"The second leg of the Round of 16 of the Europa League between Slavia and Rangers FC was supposed to be a celebration of football as such. Our players faced excessively heavy-handed behaviour instead.

"Rangers FC injured Slavia goalkeeper Ondřej Kolář with a reckless tackle and other players were lucky not to be injured. Anyone who watched the game has surely formed their own opinion.

"Ondřej Kúdela is one of the team captains elected in secret polls by the players who choose characters that enjoy their trust.

"He is a decent and modest person with a strong moral integrity, popular amongst the players and fans, a football gentleman. He categorically denies and refutes any allegations of racism.

"We are shocked that his reputation and the club’s reputation are being smeared without a single piece of evidence. The only “alleged” evidence is the player covering his mouth – which Ondřej does on a regular basis when he talks to his teammates during our games."