WWE returned to the O2 arena last night for SmackDown LIVE – the final show before this Sunday’s Money in the Bank pay-per-view event. 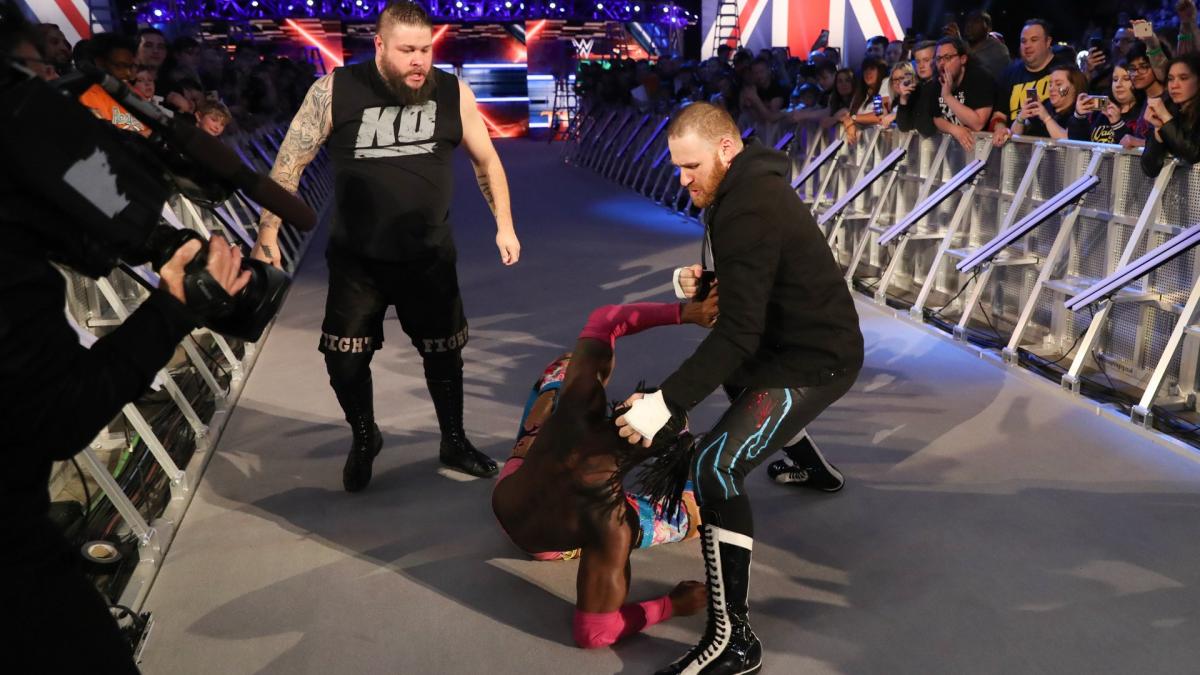 SmackDown opened the same way as Raw the night before – a Roman Reigns and Miz promo interrupted by Shane McMahon.

Shane brought Elias, Daniel Bryan, and Rowan with him for a four-on-two attack against Roman and Miz – until The Usos ran down to even the odds with a pair of suicide dives to the heels.

But Shane warned that if Miz went anywhere near the tag bout, his steel cage match against Shane at Money in the Bank would be cancelled.

The tag action was solid, but most interesting were the interactions between Roman and Bryan – that’s a high profile feud waiting to happen down the line.

The heels got the win when Shane hit a coast-to-coast (without a trash can, unfortunately) on Jey Uso.

But that wasn’t the end – as soon as it was over Miz charged out to assault the heels with a chair and Reigns put down Rowan with a spear. 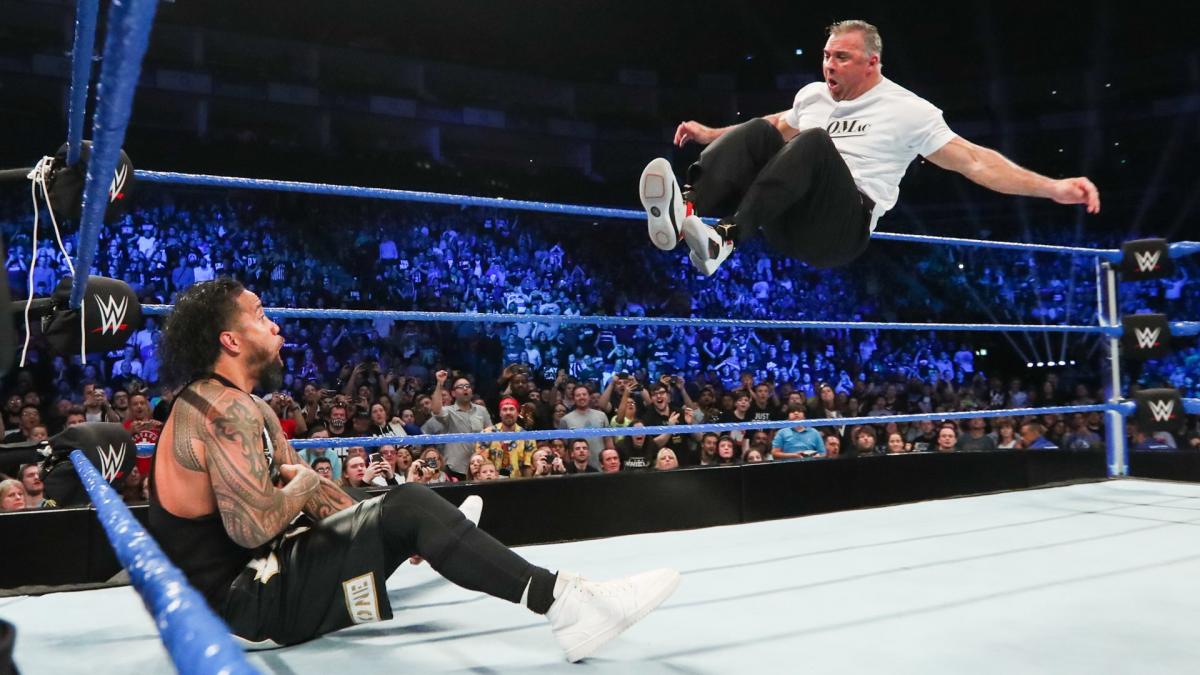 WWE Champion Kofi Kingston was due to be a guest on the Kevin Owens Show – but host KO never turned up.

Instead, he appeared on the big screen to quarrel with Kofi. KO made the point that without his New Day pals, Kofi won’t be able to hold onto the title this Sunday at Money in the Bank.

Kingston eventually goaded Owens into coming out, which led to a brawl in the aisle.

But it was an ambush – KO’s longtime best pal Sami Zayn joined Owens to beat-down the champ.

WWE teased a reunion between the friends last week, but it’s been months since we’ve seen them fighting alongside each other.

Xavier Woods ran down to help Kofi, but KO and Zayn quickly took him out.

In the ring, Owens missed a cannonball in the corner and Kofi put down Sami Zayn with Trouble in Paradise.

But will Kofi succumb to the numbers game when the title’s on the line against KO at Money in the Bank?

There was excellent back and forth action. Orton hit each opponent with a back suplex on the announce table before Andrade brought ladders into the ring and clobbered both Balor and Orton with the steel.

Balor took a painful-looking bump on a ladder propped in the corner and Ali dived over the top rope to take out a ladder-wielding Andrade on the floor below.

The best spot came when Ali leapt off the ropes, missed the 054, and forward-rolled straight into Orton’s path for an RKO outta nowhere.

Andrade got the win when he nailed IC champ Balor with his hammerlock DDT.

Afterwards, Andrade posed on a ladder to foreshadow a win at this Sunday’s ladder match (he’s got no chance) but Raw superstar Ricochet turned up, climbed the ladder, and ran off with the MITB briefcase.

Paige came out with Asuka and Kairi Sane and announced their official tag team name is the Kabuki Warriors.

(That sounds straight off the Vince McMahon-approved list of exotic-sounding names.)

The Kaubuki Warriors then faced Mandy Rose and Sonya Deville in an average match.

Asuka and Kairi had some nice double team sequences, but Mandy’s lame offence slowed things down.

Asuka and Mandy made a mess of the finish when Asuka caught Mandy in a crucifix pin – Mandy’s shoulders were up and the ref had to make the count twice.

(That’s the same move Becky Lynch and Ronda Rousey made a mess of in the finish of the WrestleMania main event.)

At least women’s tag champs The IIconics were very entertaining on commentary.

The second week into the new “wild card rule” and it’s obvious it’s just a creative shortcut for WWE.

Both Raw and SmackDown were very good this week, but the lines have blurred so much between the two that WWE might as well officially end the brand split.

The Miz and Usos are both Raw superstars but played a big part on SmackDown. By the time Ricochet showed up as well we’d lost count.

The Usos are even competing for the SmackDown tag titles at Money in the Bank – just four weeks after they dropped the belts and moved to the red brand.

Roman Reigns was on Raw and is clearly going to be a mainstay on both shows going forward.

If Raw superstar Sami Zayn is now playing a big role in the KO v Kofi feud, we can also presumably expect to see him as a permanent fixture on SmackDown.

And if the brands are no longer exclusive, then do we really need all these additional brand-specific titles clogging up the product – the Raw and SmackDown tag titles, Raw and SmackDown women’s titles, or even the Universal title?