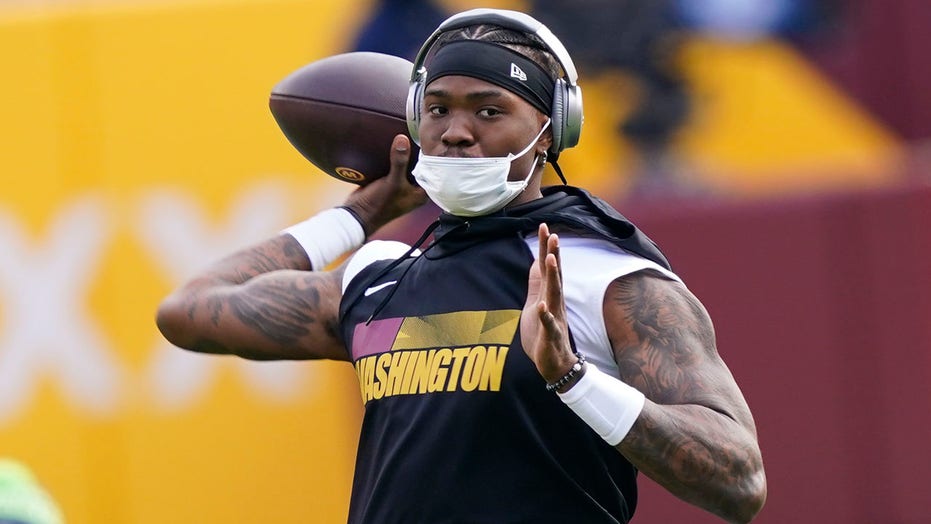 Reports say that the quarterback is asking for $20,000 for ‘back pay’ because now he is married and his wife His knocked his teeth out for going to a club.

The IG model in question is Vanessa Chantal, who boasts over 60,000 IG followers.

The wife of Haskins, Kalabrya Gondrezick-Haskins, is facing a felony charge of battery and domestic violence resulting in bodily harm stemming from the alleged altercation back on July 3rd at The Cosmopolitan.

A police report obtained by ESPN states that Gondrezick-Haskins is accused of punching Haskins in the mouth,

The former Washington quarterback got some damage done to his face, as he has a split upper lip and a missing tooth and suffered other injuries.

He now will have to get his teeth fixed before he starts the quest to make the Steelers roster as either a second or third-string backup to starter Ben Roethlisberger.