Steve Smith has been criticised on social media after video footage emerged of him appearing to scuff up Rishabh Pant’s batting guard during Australia’s third Test with India.

The stump camera seemed to show Smith removing Pant’s guard during a drinks break on day five of the drawn game in in Sydney.

Pant – who went on score 97 from 118 balls – came back to the crease after the break and was seen searching for his guard and after being unable to find it, he had to ask the umpire.

Smith’s face was not visible on the stump camera but his jersey number of 49 was, which indicated that the former Australia skipper had been the man to scuff the guard.

Former India batsman Virender Sehwag and Sky Sports Cricket pundit David Lloyd were among those to voice their displeasure at Smith’s apparent actions on Twitter.

An accolade similar to Pipe Smoker of the Year https://t.co/ZfFMzA8Bec

Shoes can be used for many things. Removing an opponent’s batting guard mark too….
Not for taking sharp catches though…. #Smith #Pant #AusvInd

Smith was banned by Cricket Australia for one year in March 2018 for the part he played in the Australian ball-tampering scandal in South Africa.

Paine: I feel that I let bowlers down

Australia captain Tim Paine said he felt he had let his bowlers down having dropped three catches as India battled to a draw in their third Test.

Paine’s errors included spilling Pant on three and 56 before the India wicketkeeper-batsman went on to make his quick-fire 97 on the final day at the SCG.

Cheteshwar Pujara (77 off 205), Ravichandran Ashwin (39no off 128) and Hanuma Vihari (23no off 161) dug in for India as the tourists lost only three wickets all day and the four-match series remained tied at 1-1. 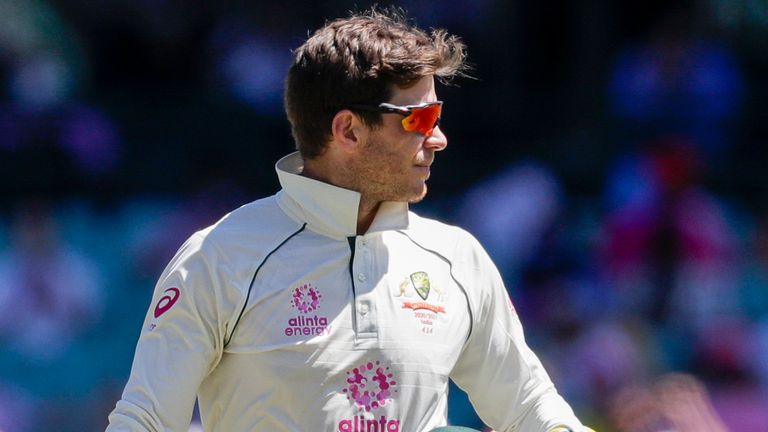 “I’m bitterly disappointed, I pride myself on my wicketkeeping and I probably haven’t had many worse days than that,” Paine, whose side will now face India again in Brisbane from Friday, told reporters.

“It’s a horrible feeling knowing that our fast bowlers and our spinner bowled their hearts out and gave everything to the team.

“I certainly feel I let them down and I’ve got to wear that. But I’m a big boy and I get another chance next week.”

“I thought it was an awesome game of Test match cricket. I thought India fought really hard, as we knew they would.”