Super Bowl champ arrested for allegedly having over three pounds of marijuana, stolen gun in car 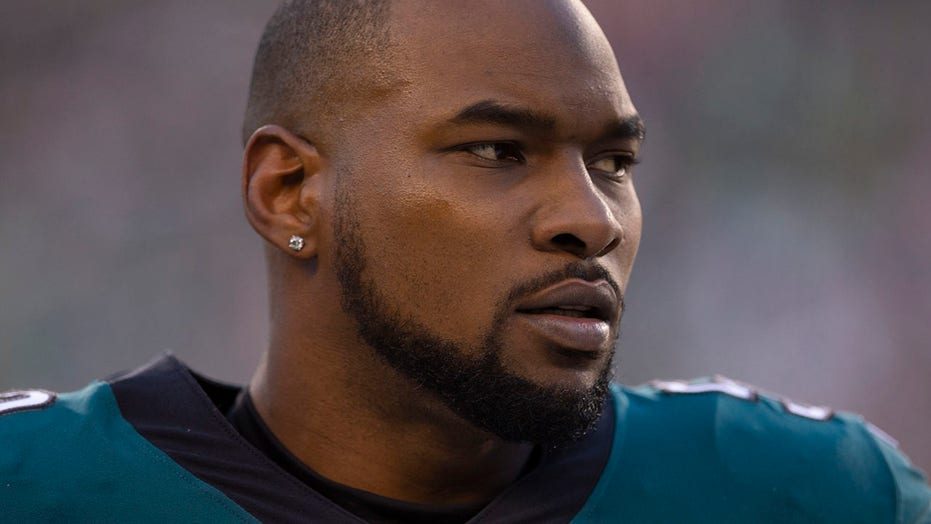 Nigel Bradham, a Super Bowl champion with the Philadelphia Eagles, was arrested on Saturday after police say they found guns and over three pounds of marijuana in his Corvette.

Bradham was pulled over in Leon County, Florida, because officers said that the license plate on his sports car did not belong to his car, according to court documents obtained by TMZ Sports. 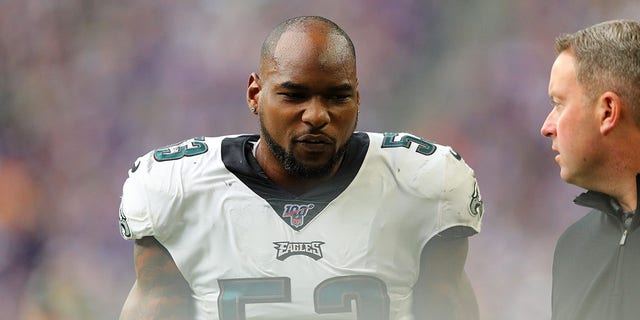 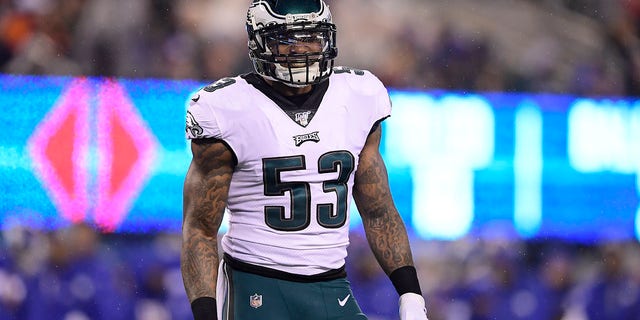 Nigel Bradham #53 of the Philadelphia Eagles looks on against the New York Giants at MetLife Stadium on December 29, 2019 in East Rutherford, New Jersey.
(Photo by Steven Ryan/Getty Images)

That’s when police decided to search his car and found the marijuana. Bradham had “10 small plastic bags with marijuana in them” inside of a satchel that also contained a gun, TMZ reported. Once officers searched his trunk, they found two more “large bags” of weed.

In total, they discovered 3.45 lbs of marijuana in Bradham’s car.

Bradham’s gun, a Glock 23, came back as stolen in Missouri. He was arrested and booked on three felonies, including possessing marijuana with the intent to sell, use of a firearm in the commission of a felony and possession of marijuana over 20 grams, according to TMZ Sports. 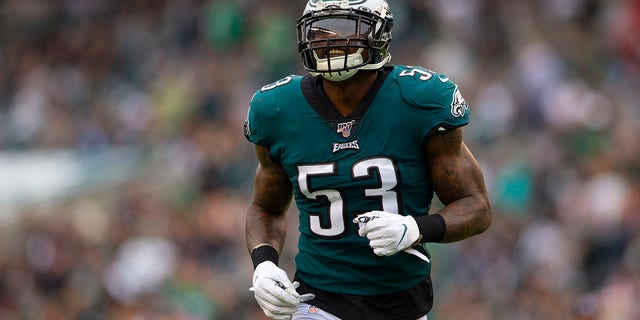 Nigel Bradham #53 of the Philadelphia Eagles looks on against the New York Jets at Lincoln Financial Field on October 6, 2019 in Philadelphia, Pennsylvania.
(Photo by Mitchell Leff/Getty Images)

Bradham, who is currently a free agent, posted bond on Sunday, court records show. Drafted by the Buffalo Bills in the 2012 NFL Draft, Bradham played for the team for four years before joining the Eagles for four seasons.