Home » Sport » The Patriots were the first NFL team to own 2 planes, and now it is coming in handy as they try to prevent a COVID-19 outbreak on the team 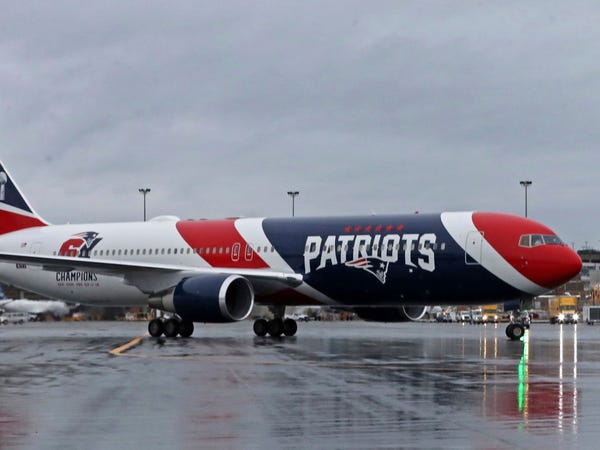 The New England Patriots are splitting up for their trip to Kansas City to try to prevent further spread of COVID-19 on the team.

On Saturday, quarterback Cam Newton tested positive for the coronavirus, putting the Patriots' scheduled game against the Chiefs in doubt. But as the rest of the team continued to test negative on Saturday and Sunday, the NFL decided to push back the game to Monday night, allowing both teams to carry on with the rest of their season schedule unaffected.

With the Patriots traveling so soon after a player had tested positive, the team split into two groups — those who had come in close contact with Newton recently and those who had not, according to Mike Florio at Pro Football Talk. One of the groups will travel to Kansas City on the Patriots' backup plane.

In 2017, the Patriots became the first NFL team to own its own plane when they purchased two Boeing 767 wide-body jets.

While the Patriots have not reported a second case of COVID-19 within the locker room since Newton's diagnosis, given the incubation period of the coronavirus, keeping the two groups apart could help the team avoid a situation similar to that of the Tennessee Titans, which saw positive test after positive test continue to arise throughout the week.

After the Patriots made it through Monday morning without reporting another positive case, it was time to travel.

It's not the first time the Patriots have made use of their two planes in the interest of team health. Last December, the team split in two to travel to Houston for a game against the Texans because several players were ill.