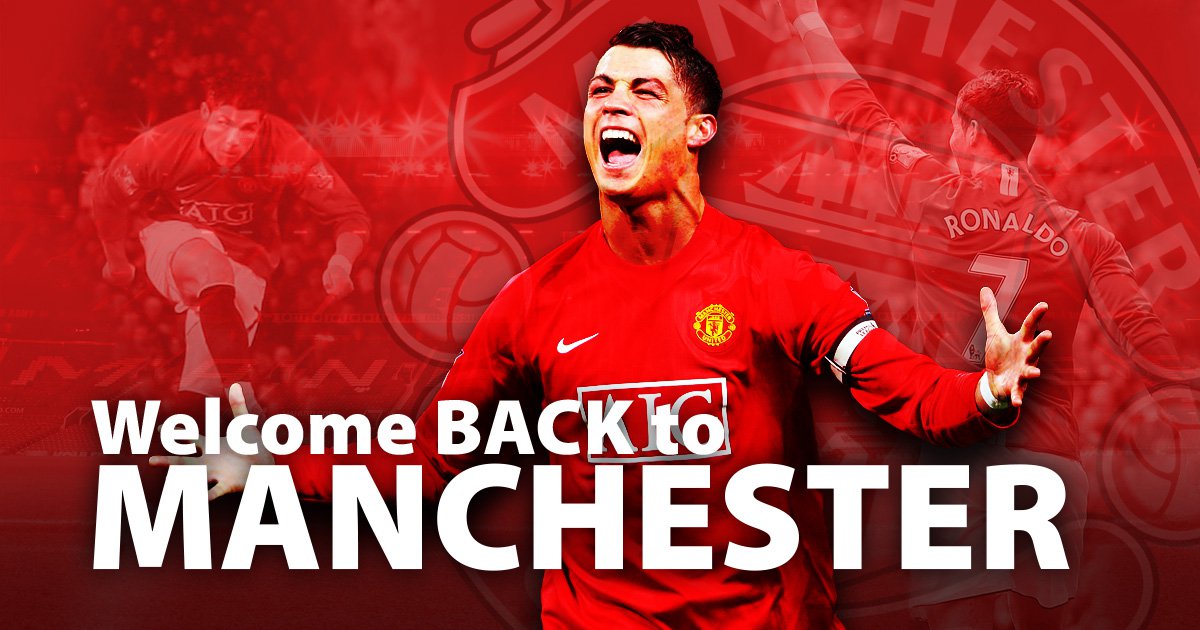 Move over, Lionel. You’ve had the limelight for long enough this summer. Among his many extraordinary qualities, Cristiano Ronaldo really is the ultimate showman.

Of course he could have gone to Manchester City. He would have done very well there under Pep Guardiola, thank you very much.

Meanwhile, a return to Real Madrid would hardly have made us fall off our chairs in amazement.

But arriving at Manchester United for a second spell, 12 years after he departed? Now that’s what has made football romantics everywhere sit up and take notice.

Not that we should be totally naive and pretend emotions are the only thing at play here. United are paying Ronaldo an absolute fortune.

There are four hundred thousand reasons a week why he will relish his time back at Old Trafford.

However, there is undoubtedly a special link between player and club too. Ronaldo may have given Real his peak years but he did his growing up in Manchester.

Sir Alex Ferguson signed Ronaldo from Sporting Lisbon in 2003 after he wowed United players in a friendly.

Right from the start — remember that jinky performance on the wing from the floppy-haired 18-year-old against Bolton in his first game — it was obvious English football had someone very special in its midst. He finished his first season with a trophy, scoring in the FA Cup final win over Millwall.

For a year or so after that, the club wasn’t in its best place. In fact, 2005 was an annus horribilis. United lost the FA Cup final to Arsenal. The unpopular Glazer family became owners. The Reds were so ordinary that autumn — Roy Keane put it more candidly than that — there was even talk the Ferguson era might have run its course. No, really.

As it happens, I remember being at the San Siro in the spring of 2005. An experienced and canny AC Milan team (not that they showed those qualities much in the Istanbul final) were too hot for a young United side, including Ronaldo and Wayne Rooney, to handle. But Ferguson vowed they would learn the lessons and come good. As so often, he was bang on the money.

Ronaldo and Co helped United to the 2006 League Cup. But they thirsted for bigger prizes and the following season was an epic, with United going toe-to-toe with Jose Mourinho’s double league winners Chelsea.

It felt like Ronaldo, driven on by Ferguson, was coming of age. His precocious skills and unmatched eye for goal made him a hero among supporters. And now there was real substance too.

A stunning, mazy run and finish for a winner late on at Fulham was the perfect symbol of a player and team determined to finish top of the pile. United duly won the title and also reached the last four of the Champions League, again being thwarted by Milan.

United’s team of 2007-08 is regarded by many as the finest in the club’s history. No achievement compares to the treble winners of 1999 but this was truly the complete side.

Chelsea remained the worthiest of adversaries but United edged to the title by two points. Ronaldo, by this time in a more central role, scored 31 goals in 34 league appearances, so many of them decisive.

And then there was Moscow, a night for the ages. Ronaldo’s towering header gave United a 1-0 lead in the European Cup final against Chelsea but the Londoners fought back to level and the game went to penalties. Ronaldo missed in the shoot-out and was distraught. But John Terry slipped and the Portuguese talisman was soon delirious with joy in the Russian rain.

These were heady times but Ronaldo’s United story (part one anyway) was nearing its end. Real Madrid were desperate to take him to the Spanish capital and Ferguson had to use all his negotiating skills to keep his star player for one more season. Not that we knew that at the time.

Ronaldo’s final campaign, naturally, had moments of total brilliance. That free-kick against Portsmouth probably remains one of the finest ever taken. I was at Old Trafford for an amazing April clash with Aston Villa. United were wilting in the title race and struggling in the match but typically Ronaldo struck twice before Federico Macheda’s fabled winner. United eventually claimed a record-equalling 18th title.

But there is nuance in the story too. Ronaldo was in full theatrics mode at times that season.

Him falling to the ground, pleading for free-kicks, was a familiar sight. Fans weren’t always impressed.

Also, there wasn’t the peace about the club that had been there in the past couple of springs — there was an unsettled Carlos Tevez on the scene too. And Ronaldo’s final game was one of huge disappointment. United were favourites to beat Barcelona in the Champions League final but they barely showed up in Rome and the Catalan giants won 2-0.

The angst over that has surely contributed to the sheer joy many United fans feel right now at Ronaldo’s unexpected return.

Ronaldo joined Real for £80million in 2009. It was painful watching him clean up all the big prizes while in Spain, there’s no point pretending otherwise. But it did seem a pretty natural home for him too and it is not as if United has been the happiest place in the last decade.

Who knows exactly how much influence Ronaldo will have this time round? He may be 36 but he remains magnificent. Heavens, he scored 29 goals in Serie A for Juventus last season. Personally, it seems to be me there are still deficiencies in this United team and there are superior sides at home and abroad.

But Ronaldo is an immensely powerful character. Inspiring United back to their perch is not out of the question. That’s why this second coming has such a compelling quality to it.

From tomorrow afternoon, when he is expected to play against Newcastle, this is Ronaldo’s world again and we’re all just living in it. Take it away, Ronnie. We’ll be watching every kick.