The Five debate Kyrie Irving’s decision to sit out

Panel reacts to the NBA star sounding off against vaccine mandates

Minnesota Timberwolves center Karl-Anthony Towns had a very personal battle with the coronavirus pandemic over the last nearly 20 months.

Towns revealed last December he lost about seven family members to the deadly virus, including his mother who died in the early part of the pandemic and an uncle who died days before the start of the 2020-21 season. The NBA star also tested positive for the illness during the season too. 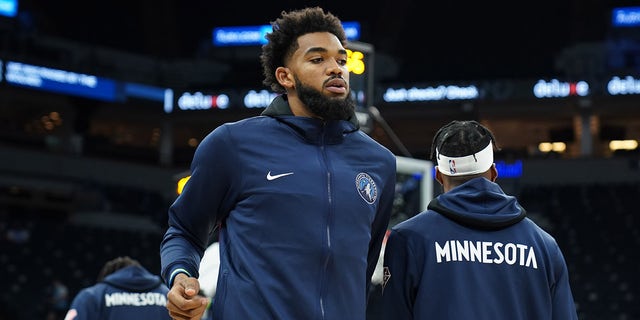 Karl-Anthony Towns of the Minnesota Timberwolves looks on before a preseason game against the New Orleans Pelicans Oct. 4, 2021 at Target Center in Minneapolis, Minn.
(Photo by Jordan Johnson/NBAE via Getty Images) 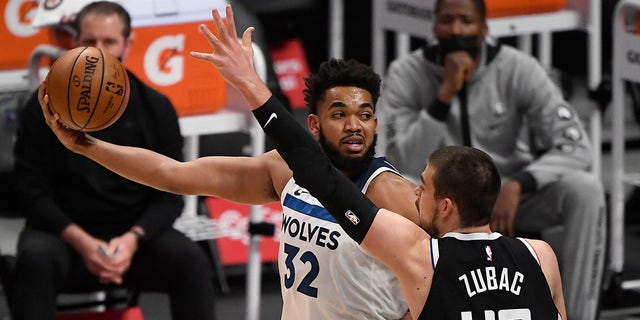 Karl-Anthony Towns (32) of the Minnesota Timberwolves looks to pass the ball as he is defended by Ivica Zubac (40) of the Los Angeles Clippers during the first half of a game at Staples Center April 18, 2021 in Los Angeles, California.
(Photo by Kevork Djansezian/Getty Images)

Irving broke his silence on his stance about the vaccine in an Instagram Live on Wednesday night. He said he was going to do what’s best for him and had no plans of retiring.

“They make their own decisions on their own bodies and their own families. I have no ill will towards that,” Irving said. “The only thing I would say is just don’t give me a bulls— excuse why [you don’t get the vaccine] … You don’t want to do it, that’s your choice.”

Irving isn’t eligible to play in home games, where a New York mandate requires professional athletes on the city’s teams to be vaccinated to practice or play in public venues. 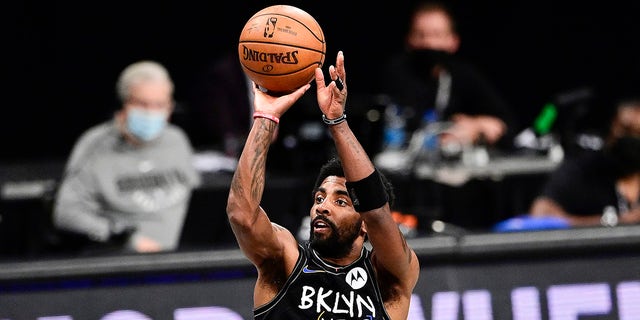 Kyrie Irving of the Brooklyn Nets attempts a jump shot against the Milwaukee Bucks in Game 2 of the second round of the 2021 NBA Playoffs at Barclays Center on June 7, 2021 in New York City.
(Photo by Steven Ryan/Getty Images)

Towns his entering his seventh season with the Timberwolves.