Captain TJ Reid led the way as Brian Cody’s 21st championship in charge of Kilkenny got off to a winning start against Dublin at Nowlan Park.

But they were made battle all the way by a Dublin side who faded in the second-half of an action-packed Leinster SHC encounter.

Reid found the net twice in the second-half as Dublin, who led by six points at one stage in the opening half, wilted in a game where it seemed Mattie Kenny’s first championship match in charge was poised to yield only a second win in 76 years over Kilkenny in the competition.

The sides were level three times in the opening eight minutes but Dublin pulled ahead when Sean Moran blasted home the first of their penalties after ten minutes after Liam Rushe was fouled by Conor Fogarty.

Nine Dublin players hit the target in the opening half to Kilkenny’s five as they built up a 1-13 to 0-12 interval lead to rattle Cody’s men. Alan Murphy picked off three points from play in the opening eleven minutes for Kilkenny but they struggled in attack with Dublin full-back Eoghan O’Donnell outstanding once again.

But the big talking point of the opening half came two minutes from the interval when TJ Reid tried to manufacture a Kilkenny goal by taking a quick free to the unmarked Billy Ryan but Dublin selector Greg Kennedy, the former Galway defender, caught the ball having entered the field to issue an instruction to a player. 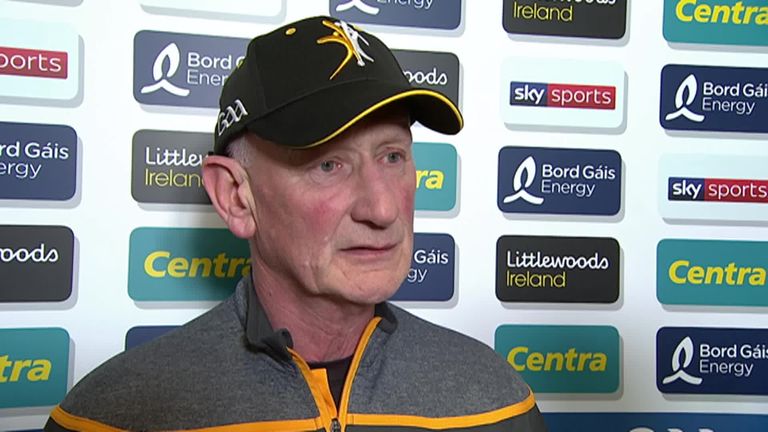 Cody and the Kilkenny management were incensed by the intervention of the Dublin official, adding to their frustration after a half when six of their 0-12 tally came from frees by Reid.

In contrast, Dublin worked the ball through the lines much more smoothly with Darragh O’Connell, Paul Ryan, Fergal Whitely and Danny Sutcliffe among the scorers as they took the game to the Cats.

They opened up a 1-11 to 0-8 lead after 28 minutes before Kilkenny hit back with another couple of frees from Reid.

But then Rushe was fouled at the other end, this time by Paul Murphy, for a second Dublin penalty. However, Moran’s shot flew over the bar, another let-off for a Kilkenny side who saw Paul Ryan’s goal effort flash inches the wrong side of the left post moments earlier. 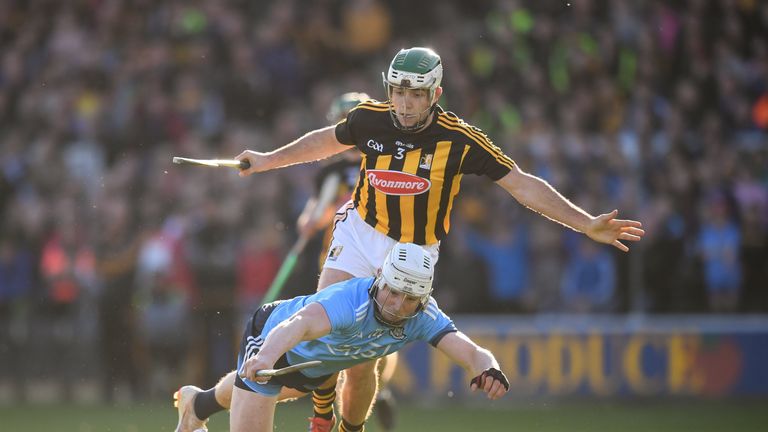 Reid and Whitely exchanged points before Ger Aylward cut the gap to four at the break when the Kilkenny corner-forward struck a good point.

Reid reduced the margin to a goal within a minute of the restart with his seventh free but it was cancelled almost immediately when Treacy landed his third free. The two again quickly exchanged frees before Reid’s ninth of the evening left it 1-15 to 0-15 to Dublin after 42 minutes.

Saturday May 11: Other Hurling results

Kilkenny drafted in the 2014 Hurler of the Year Richie Hogan in a bid to rescue the game but it was Reid, who collected that award the following year, who got them back on level terms after 49 minutes.

Padraig Walsh, who dominated after moving to centre-back, set the move in motion before Reid did a quick one-two with Colin Fennelly and then dispatched the ball to the bottom left corner and level the sides. 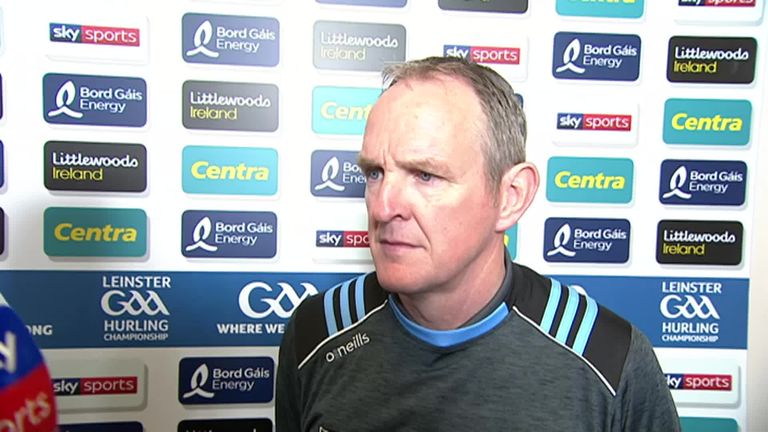 Chris Crummey and debutant Adrian Mullen exchanged points but then Reid blasted home a penalty after Colin Fennelly was fouled after 59 minutes.

Richie Leahy and Tommy Walsh quickly added points to lead by 2-19 to 1-17 and they never looked like letting it slip from there.