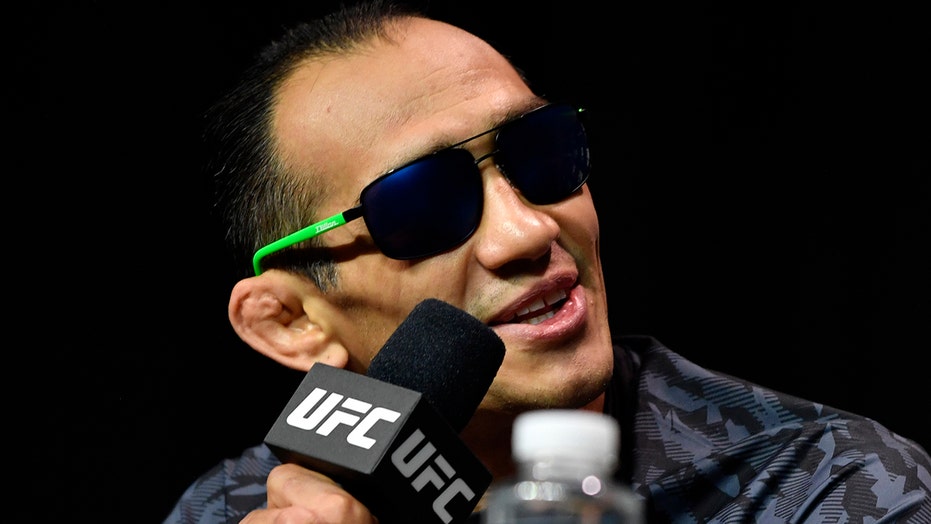 Tony Ferguson is one of the top lightweight fighters in UFC, but he won’t be headlining the fight for the lightweight championship on Saturday at UFC 262.

Instead, that privilege will belong to Michael Chandler and Charles Oliveira.

Chandler will be making only his second UFC appearance. He defeated Dan Hooker via knockout in January and got the title shot for the vacant lightweight belt. It was something Ferguson, a UFC veteran in his own right, took issue with on Thursday.

“You f—king dodged me too Chandler – you’re a b—ch,” Ferguson told the title contender at the pre-fight press conference, according to MMA Fighting. “Every person out here except this guy [Oliveira], that’s sitting next to me. I’m going to be real.”

He continued: “You f—king said no, I’m going to be real. You got this s—t handed to you. You got Dana White privilege.”

Ferguson is set to fight Beneil Dariush in the co-main event at UFC 262.

Ferguson, who is of Mexican-American descent, pointed to race as being the reason why he wasn’t in the title picture despite being on a two-fight losing streak and not winning a bout since June 2019. Oliveira beat Ferguson via unanimous decision in December.

“Dana was right – he said timing is everything. t wasn’t meant for me to have the title. I would have gave everybody a chance, right? I’m f—king awesome. No, absolutely f—king not.

“These guys are going to try to keep the title away from me as much as they can. I’m Mexican. It doesn’t matter if you’re color up here or not but I’m made with American parts, too, so let’s f—king go.”

A reported fight between Chandler and Ferguson never got put together leading Chandler to make his UFC debut against Hooker.

According to the UFC website, Oliveira and Chandler are Nos. 3 and 4 in the lightweight rankings. Ferguson is fifth just above Conor McGregor.

No. 1 Dustin Poirier already has a trilogy fight set against McGregor later this summer while Justin Gaethje had just lost to Khabib Nurmagomedov in the Russian’s last fight of his UFC career.