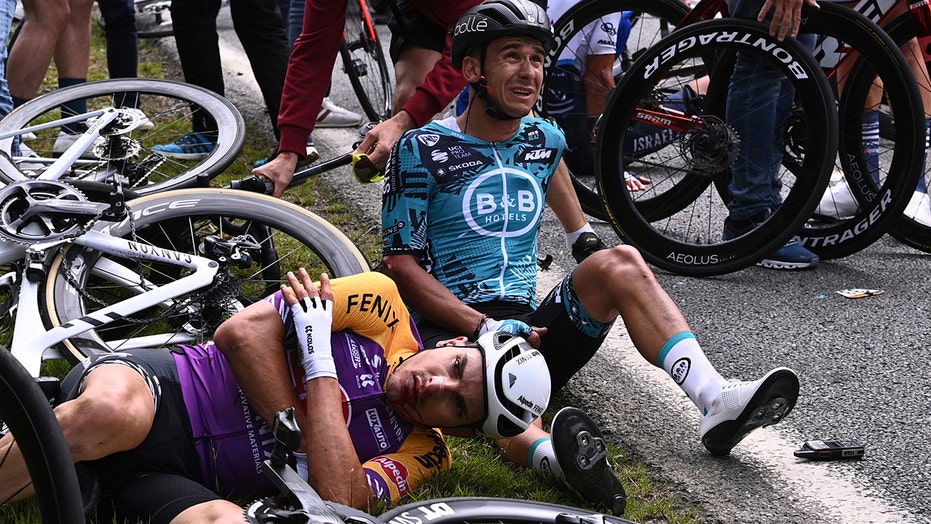 Tour de France spectators came under scrutiny over the weekend after a woman holding up a cardboard sign started a massive chain-reaction crash that caused some injuries to the competitors.

Videos from the stage showed the woman holding out a cardboard sign on the side of the road when a rider in the peloton crashed into the sign, causing a massive pileup. 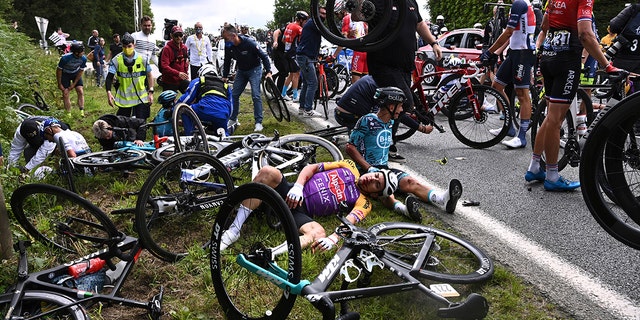 Bradley Wiggins, who won the 2012 Tour de France, said he had no sympathy for the fan.

“They’re part and parcel of the spectacle of the Tour de France. And this year, in particular, being able to come back onto the route and watch it. I don’t know how you police it,” Wiggins told Eurosport.

Christian Prudhomme, the general director for the Tour, said the massive number of fans at the race was an issue.

“You come here to see heroes,” Prudhomme told French media. “If you want to see yourself look in the mirror.”

The Tour de France advised fans to respect the safety of the cyclists. 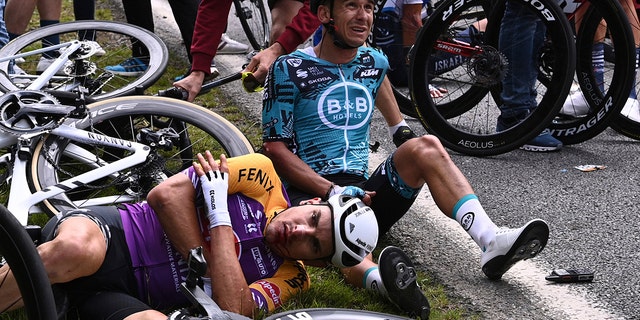 Italy’s Kristian Sbaragli, left, and France’s Bryan Coquard, right, lie on the ground after crashing during the first stage of the Tour de France. (Anne-Christine Poujoulat, Pool Photo via AP)

“We’re glad to have the public on the side of the road on the #TDF2021. But for the Tour to be a success, respect the safety of the riders! Don’t risk everything for a photo or to get on television!” the statement read.

German rider Tony Martin said he and his teammates had everything under control until the crash occurred.

“It all happened very quickly; suddenly almost the entire team was on the ground,” Martin said in a statement. “Many spectators behave respectfully, but unfortunately not this one. Fortunately, Primoz came through it well. I hope the physical damage to myself and the other guys is manageable.”

Commentator Brian Smith ripped the fan as well during the broadcast.

Lieutenant-colonel Joel Scherer of the French Gendarmerie also told AFP that the police force intends to charge the suspect when she’s found for “unintentional short-term injury through a manifestly deliberate breach of a duty of safety or care.”

Fox News’ Paulina Dedaj and the Associated Press contributed to this report.