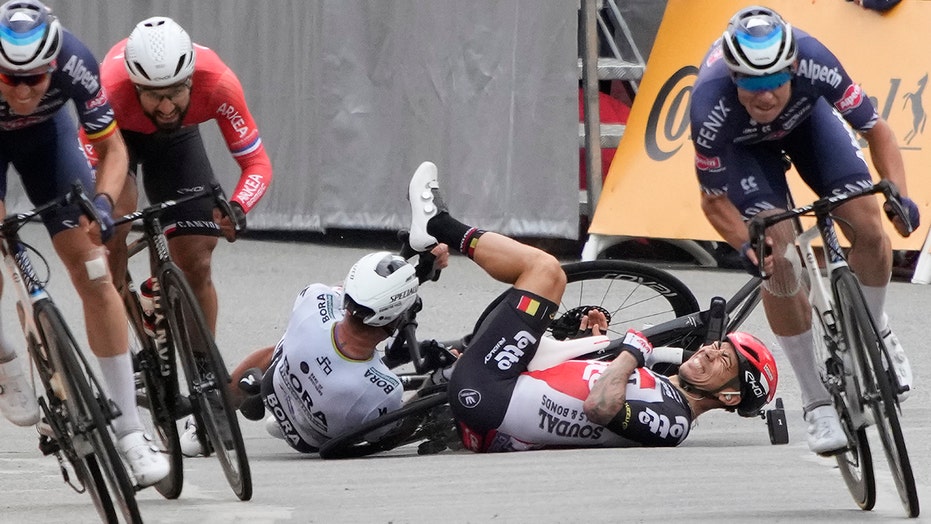 Tour de France competitors on Tuesday staged a brief protest in the town of Redon during the fourth stage of the race.

Riders called for better protection after consecutive days of crashes, which started when a spectator flashing a sign for TV cameras caused a massive pileup. 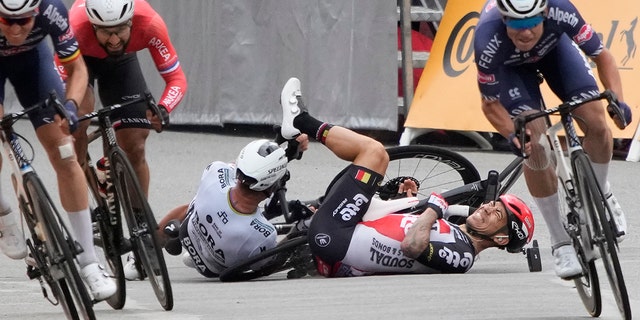 “Following the crashes during Stage 3 of the TdF, CPA has been discussing with the riders about how they wish to proceed to show their dissatisfaction with safety measures and demand their concerns are taken seriously,” the statement read. “Their frustration about foreseeable and preventable action is enormous. They wish to stress their respect for their sponsors, their sports groups, the organizer, their international institutions,” the CPA’s statement read.

“In return, the riders of the Tour de France ask for the same respect – respect for their safety. For this reason they are asking the (Union Cycliste Internationale) to setup discussions with all race stakeholders to adapt the 3 km rule during stage races.”

According to Cycling Tips, riders have asked if cyclists crash within 3 kilometers of the finish then their final time would be taken from the group they were in. However, the request was denied. 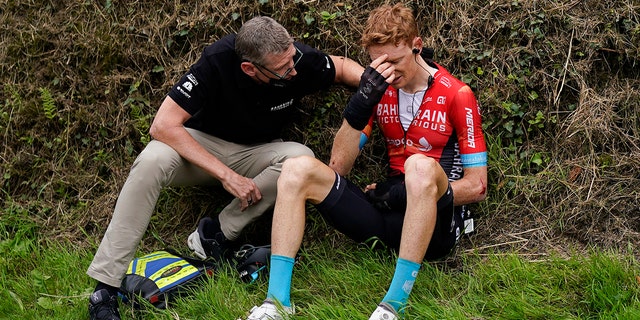 Australia’s Jack Haig gets assistance from a team member after crashing during the third stage of the Tour de France cycling race over 113.65 miles with start in Lorient and finish in Pontivy, France, Monday, June 28, 2021. (AP Photo/Daniel Cole)

Jack Haig, an Australian cyclist who rides for Team Bahrain Victorious, was forced out of the Tour after suffering a concussion and a broken collarbone in Stage 3, according to Cycling Tips. He finished in 38th in the 2019 Tour de France and put together three top 10 finishes in 2021 before this year’s Tour.

Primoz Roglic was also banged up from Stage 3, but managed to ride in Stage 4.