DEONTAY WILDER refused to show Tyson Fury respect in the ring as he still alleges his rival tried to cheat against him.

That was revealed by Wilder's trainer Malik Scott, who watched his man bravely take the Gypsy King 11 rounds before being brutally knocked out. 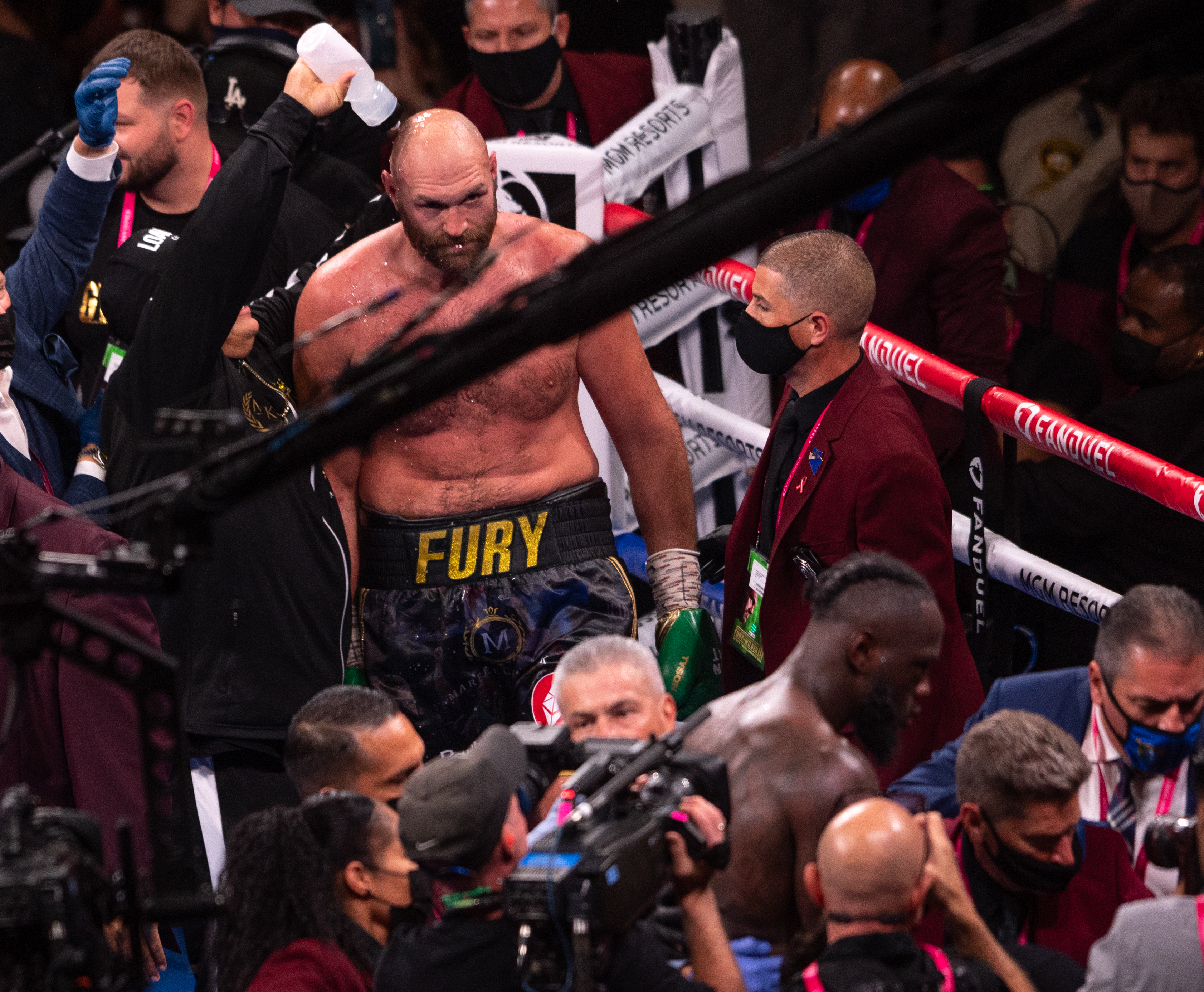 But afterwards, the American heavyweight chose to snub Fury's attempt to make peace and shake hands.

Scott said Wilder still holds ill-will towards the British WBC champion, after accusing him of cheating in their rematch.

The trainer told EsNews: "Deontay, he obviously looks at Fury as a man he had serious issues with concerning some certain allegations that was out.

"And certain things that he has actually seen with his own eyes. Tonight, after they released all that energy, he still felt the way he felt."

But the Bronze Bomber refused to accept the result and blamed the loss on everything but a masterclass in boxing.

His excuses varied from Fury fighting with WEIGHTS in his gloves and someone SPIKING his water.

These were accusations Wilder stuck by, but never proved.

Even before the trilogy bout, Fury's gloves were cut up to check the padding in his Paffen Gloves, which were made with the thinner horsehair.

They were cleared by the Nevada State Athletic Commission, and later used to three times knock Wilder down, who was eventually beaten with a round to go.

Fury made a clear attempt to embrace the fallen ex-champ, but was given the cold shoulder, as he then hit out at Wilder.

He revealed: "I said, 'Well done.' And he said, 'I don't wanna show any sportsmanship or respect.' I said, 'No problem.'

“I was very surprised by that but he’s a sore loser, an idiot.

“To be a top fighting man, you've got to show guts and respect and he couldn't do it tonight. And that's it.

"He couldn't do it so I'll pray for him. I'm just thankful we all got out the fight in one piece and go home to our lovely families."