TYSON FURY called out Brock Lesnar as he claimed it would take him just 30 seconds to "flatten" him in a "proper fight" or WWE match.

The Gypsy King wants to take on the American, 42, before he makes his transition to UFC – where he plans to team up with Conor McGregor and Darren Till. 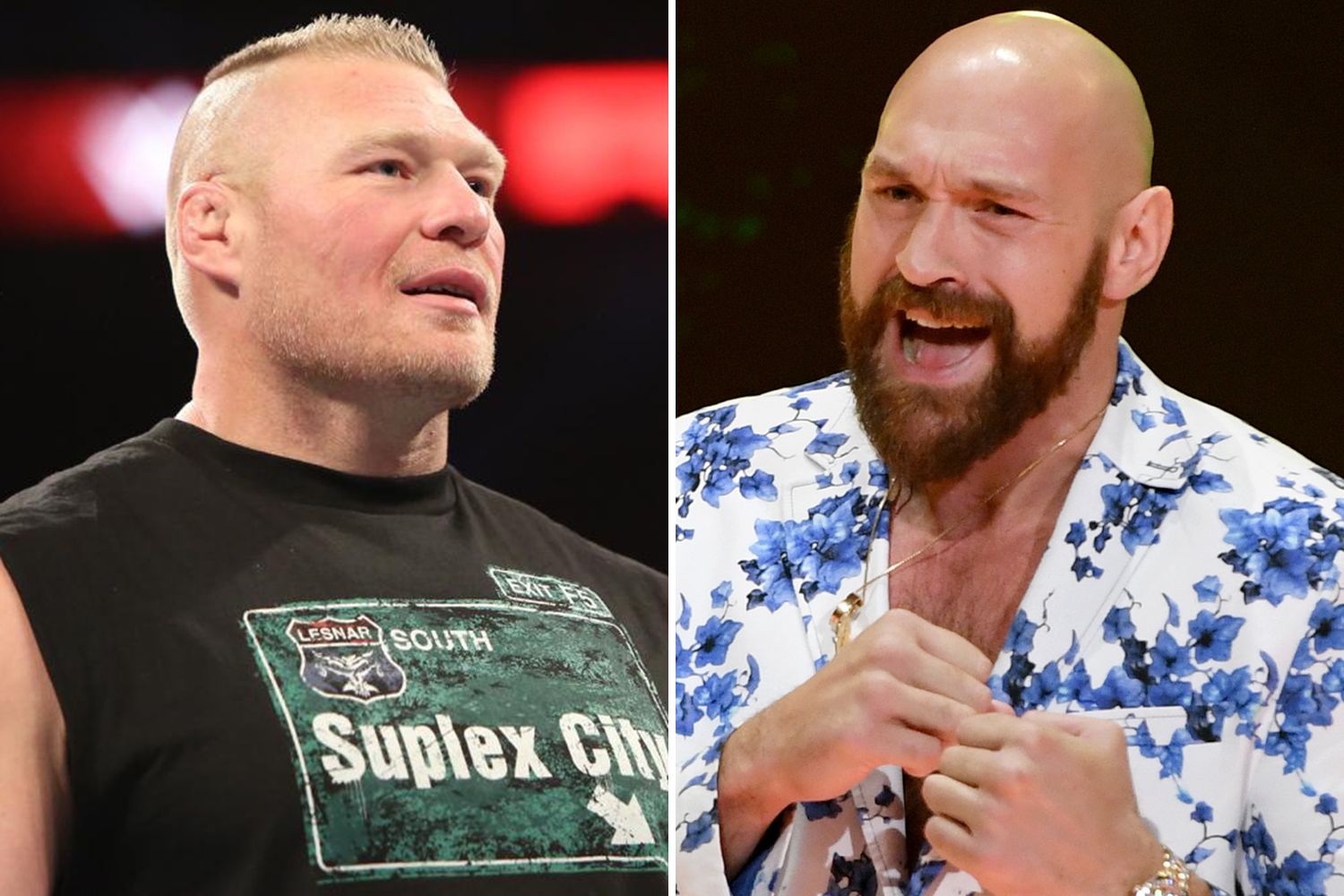 Fury is set to take on Deontay Wilder, 34, for the second time in February after their first bout ended as a controversial draw.

But the 31-year-old has claimed the Bronze Bomber has "nothing more than a punchers chance".

He has also set his sights on facing former UFC heavyweight champion Lesnar.

Speaking to the True Geordie Podcast, he said: "Yeah, I fancy the fight with Brock for sure.

"I watched a few of his fights. [He's] pretty handy, but I can flatten him.

"In a WWE match or in a proper fight, I can flatten Brock Lesnar in 30 seconds.

Fury wants to conquer the UFC heavyweight division after winning his WWE debut against Braun Strowman.

MMA middleweight Till was pictured putting the Gypsy King through his paces in the Octagon earlier this month.

And the heavyweight boxer wants former featherweight and lightweight champion Conor McGregor to train him.

He added: "That's a dream team, me and Conor McGregor and Darren Till."

"It wouldn't take a lot, I've got three fights left on my contract [with ESPN], when they're up I'm coming for every UFC heavyweight there is."