And he then took his family out for a day the NASCAR before breaking out into song on live TV. 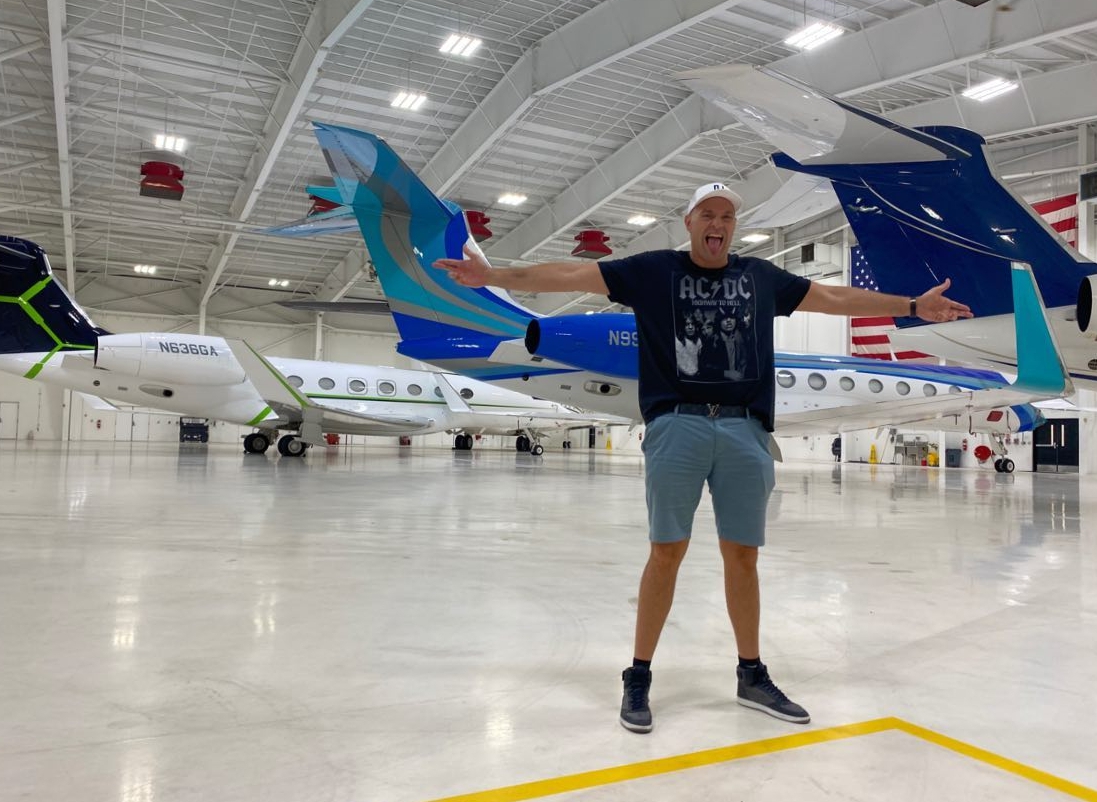 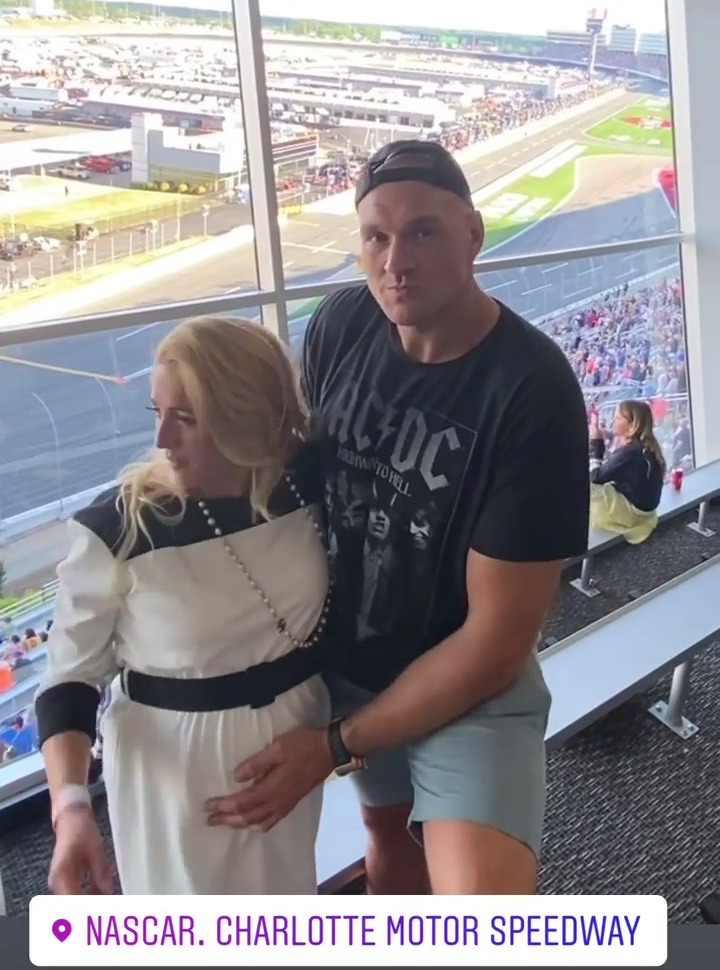 The Gypsy King, 32, takes on Deontay Wilder in their trilogy bout on July 24.

But with two months to go until fight night, Fury certainly wants to make the most of his time in America.

He took to social media to keep his 4.3million Instagram followers updated on his Sunday fun.

Wearing a black AC/DC t-shirt, blue shorts, hi-tops and a white cap, Fury posed for photos in a giant hangar full of aeroplanes.

And his caption 'plane shopping' hints he was there to potentially pick up a new purchase.

Later on Sunday, he shared plenty of clips from the NASCAR at Charlotte Motor Speedway in North Carolina.

Fury was joined by wife Paris and their children taking in the action.

He also caught up with NFL running back star Christian McCaffrey as well as British actor Clive Standen.

But not one to miss an opportunity in the spotlight, relaxed Fury grabbed the microphone for a bit of pre-race singing with Michael Waltrip on TSN.

The pair performed a rendition of Fury's favourite American Pie to the camera.

But while Fury was enjoying his downtime and treating his family to a day out, rival Wilder threw down his latest threats at the British fighter.

Wilder, who suffered his first pro defeat to Fury in February 2020 to lose to WBC crown, is desperate to get his revenge.

And he warned the 6ft 9ins giant he plans to 'decapitate and disfigure' him when they step back into the ring again.

Speaking to 78SPORTSTV, he said: "My mentality is – you've been contemplating about hurting a person so bad, to the point you wanna disfigure him so his mother wouldn't even know who he was.

"You wanna decapitate him in every way, like premeditated stuff." 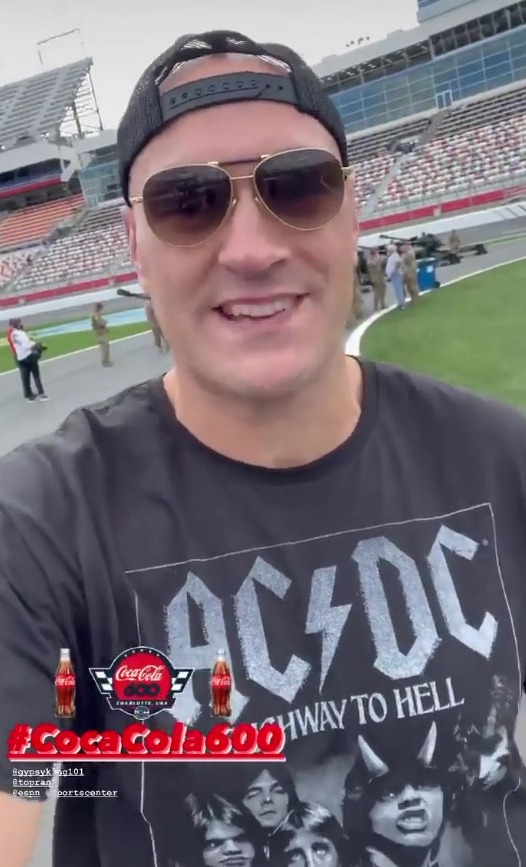