UFC star Khabib tells Conor McGregor he wouldn’t do The Ultimate Fighter TV gig opposite Notorious, even for $5BILLION

KHABIB NURMAGOMEDOV has refused to do The Ultimate Fighter against Conor McGregor – even for $5BILLION.

The UFC lightweight champion was being lined up as a coach in the MMA reality show, with McGregor in the other corner. 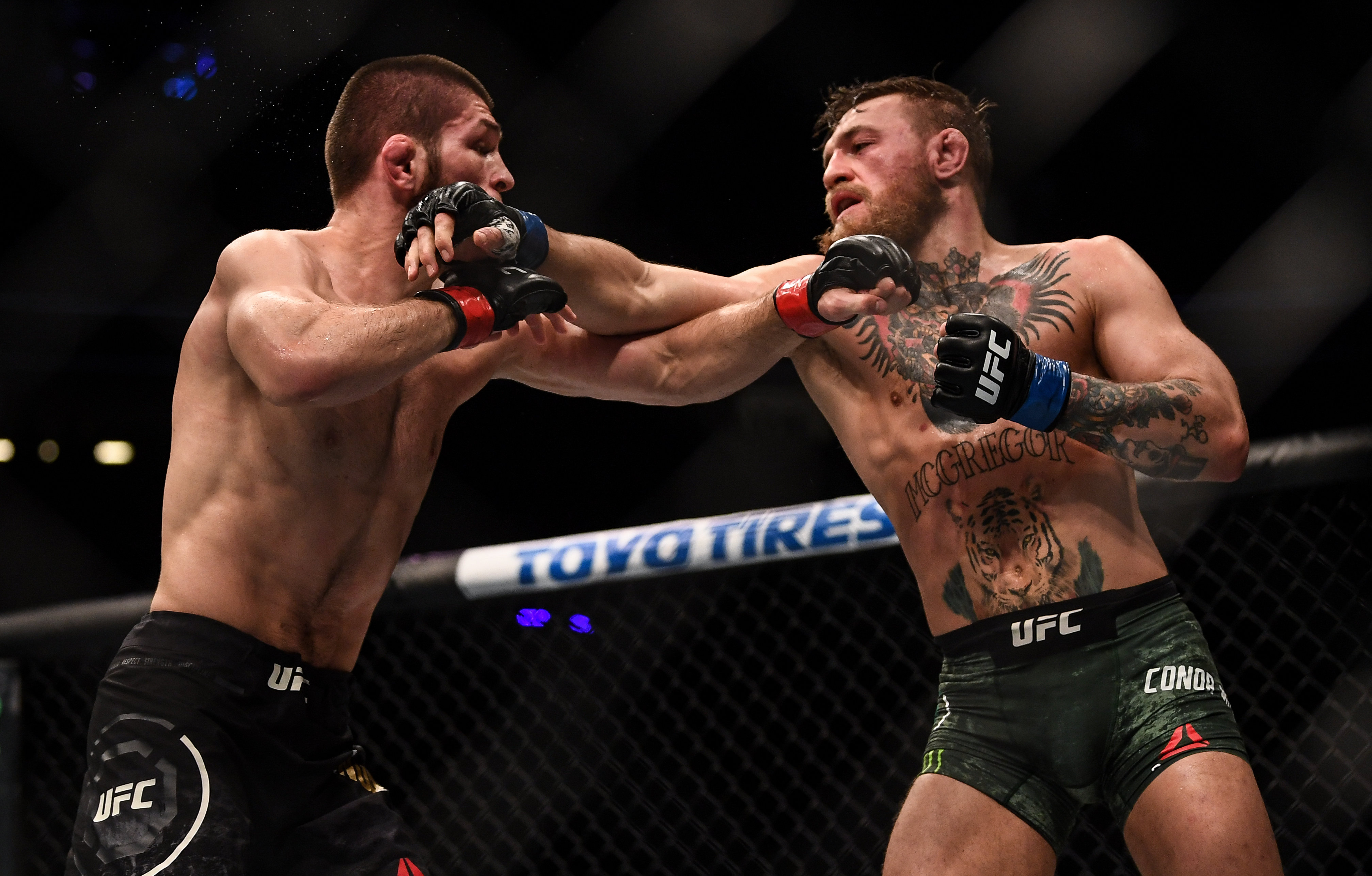 But Khabib, worth around £23million, is so determined not to do anything that boosts McGregor's profile that he will even forgo becoming a billionaire.

Khabib, who takes on Justin Gaethje at UFC 254 next weekend, told ESPN: "'The Ultimate Fighter' with him is good attention for him.

"Even if they give me $5bn – even if they gave me the UFC – I never do this. This is good attention for him.

"It's done. Everything is done October 6, 2018 [the day Nurmagomedov submitted McGregor at UFC 229]. I finish him. I finish everything about him."

If Khabib successfully defends his lightweight belt against Gaethje then he could face McGregor again.

Daniel Cormier says if McGregor – set to box Manny Pacquiao next year – beats Dustin Poirier this year then he will become No1 contender.

But the current champ was quick to pour water over any chance of them meeting soon.

He added: "I had new challenge in Dustin Poirier [in 2019] and now Justin Gaethje.

Dana White was banking on Khabib and McGregor, 32, coming together in The Ultimate Fighter in a bid to bolster their rivalry ahead of a potential rematch.

The TV show, which usually sees 16 fighters compete for a UFC contract, is coming back next year after a brief cancellation in 2018.

But 32-year-old Khabib's agent Ali Abdelaziz says his man has no intention of taking part – especially if McGregor is involved.

He told TMZ: "Dana White called me, and he said ‘Ali, what do you think about Khabib and Conor doing The Ultimate Fighter on ESPN?’

"And I said ‘man, you know what? I don’t know. I’ll think about it' and he said ‘of course, vice versa if Justin wins, right?'

"I talked to Khabib and he said 'this man [Conor] is human trash, he’s like garbage'.