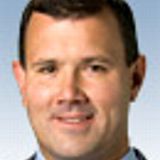 T.J. Quinn joined ESPN in November 2007 as an investigative reporter for ESPN’s Enterprise Unit, which is charged with developing long-form, investigative features to be presented across multiple platforms.

The University of Utah announced a $13.5 million settlement with the family of slain track and field athlete Lauren McCluskey on Thursday, saying for the first time that her death had been preventable.

McCluskey, a 21-year-old heptathlete at Utah, was shot and killed on Oct. 22, 2018, by a man she had dated briefly, Melvin Shawn Rowland. Rowland killed himself later that night when cornered by police.

In a news conference Thursday on the school’s Salt Lake City campus, university president Ruth Watkins read a statement expressing the school’s regret after McCluskey, her mother and friends had reached out for help numerous times before she was killed.

“The university acknowledges and deeply regrets that it did not handle Lauren’s case as it should have and that, at the time, its employees failed to fully understand and respond appropriately to Lauren’s situation,” Watkins said. “As a result, we failed Lauren and her family.”

McCluskey’s parents, Jill and Matt, filed a federal Title IX lawsuit in January 2019 after Watkins said publicly, following a school investigation, that nothing could have prevented Lauren’s death.

Jill McCluskey, fighting back tears as she read her statement, said the school had made progress in addressing campus safety issues over the past two years.

“We acknowledge and applaud the many positive changes that have occurred at the University of Utah since her death and we hope they continue,” she said. “This settlement is important for many reasons: It addresses how Lauren died, but also honors how she lived.”

When McCluskey — who was raised in Pullman, Washington, where her parents are professors at Washington State — first met Rowland in late summer 2018, he said he was a 28-year-old community college student named Shawn Fields.

In early October, however, she discovered his real identity and that he was actually a 37-year-old convicted sex offender on parole. She immediately broke off the relationship. Over the following two weeks, Rowland sent her text messages posing as friends saying he had been killed in an accident, stalked her at her dormitory, extorted $1,000 from her by threatening to release a compromising photo of her, came to her dorm with a pistol that he showed to other students, and sent a text to McCluskey claiming to be a police officer in what she took to be an attempt to lure her out in public.

In the two weeks before McCluskey died, she and her mother called campus police more than a dozen times seeking help. A December 2018 university investigation determined that police did not check Rowland’s parole status. Had police been aware, it’s possible Rowland could have been found in violation of his parole and returned to prison.

In the statement read by Watkins on Thursday, the school said, “If these employees had more complete training and protocols to guide the responses, the university believes they would’ve been better equipped to protect Lauren.”

The statement did not specify or refer to campus police and housing officials, but employees from both departments had been named in the lawsuit.

Jill McCluskey told ESPN in January 2019 that Watkins’ previous statement that Lauren’s killing could not have been prevented sparked her and her husband to file their lawsuit.

The McCluskeys have said that the goal of the lawsuit was to set off a chain reaction to improve campus safety nationwide and that a settlement could force insurance companies to push for safety reforms. They have said all money from the settlement will go to the Lauren McCluskey Foundation, which contributes to causes associated with “campus safety, amateur athletics and animal welfare.”