GARETH to Harry could have a familiar ring to it in the coming weeks and months.

But that’s enough of Bale and Kane at Tottenham as the Wales captain added another vital contribution to fire his country towards Nations League promotion glory. 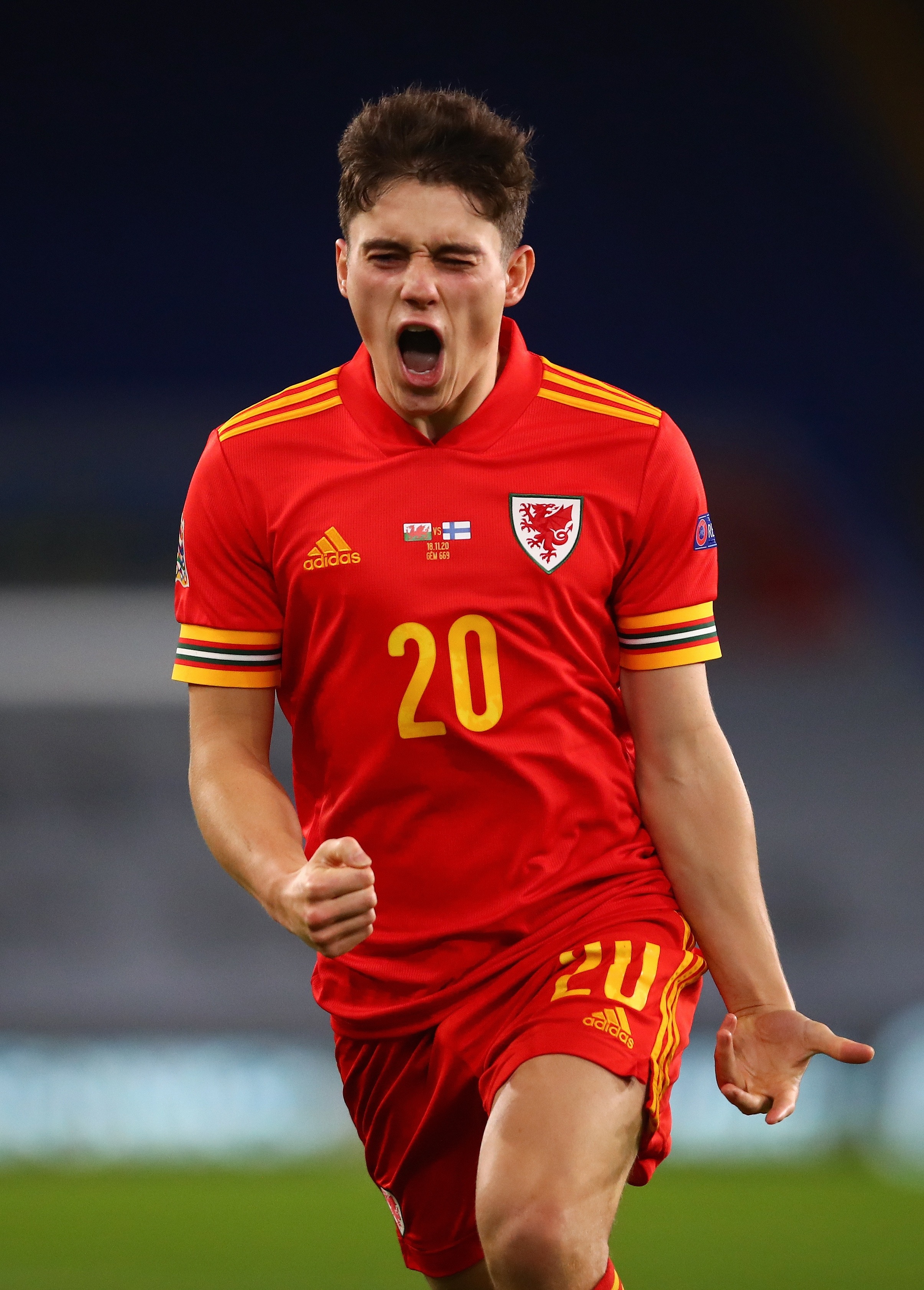 This time it was Cardiff attacker Harry Wilson who capitalised on Bale’s classy first-half assist to set the Dragons on their way in this winner-takes-all clash.

Bale might be more of a creator than finisher for Wales these days but his pin-point through ball came just four days after the Spurs forward teed up David Brooks to sink Ireland here in the Welsh capital.

The 31-year-old confessed pre-match he’s getting fitter, sharper and better following his loan move from Real Madrid back to Tottenham.

And Bale loves playing for Wales in Cardiff as he’s had 14 goal involvement in 14 games – with nine goals and five assists.

The victory means the Dragons win Group B4 and move into the top tier where they will now face Europe’s elite on a more consistent basis.

Throw in a possible World Cup 2022 play-off spot, and this was another special night in a Dragons short for Bale and co following back-to-back Euro qualification successes.

The likes of giants England, France and Spain lie in wait for the Welsh in the next round of Nations League group games, worth almost £3million to the Welsh FA. 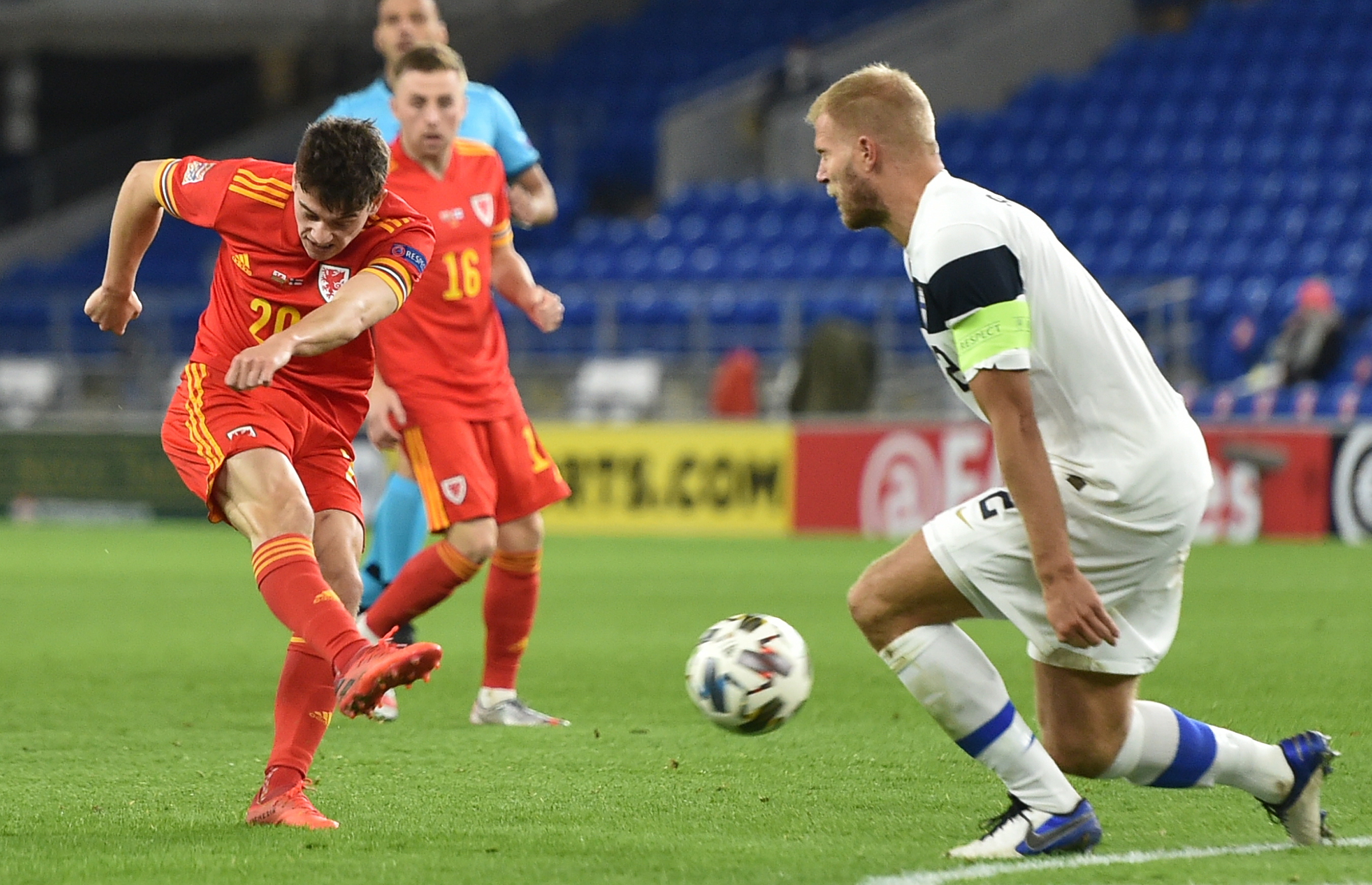 Giggs’ remains on bail with his future uncertain but next up for the Dragons is the World Cup draw in December followed by the first qualifiers in March.

Wales are on a roll, now unbeaten in a record 11 matches, but, although the hosts only needed a draw to seal top spot, their task was made much easier when Jere Uronen was sent off on 12 minutes.

Wilson was clear until Uronen hauled him down and Spanish referee Jesus Gil Manzano produced a red card for a denial of an obvious goal scoring opportunity.

Bizarrely, the ten-men should have been ahead when Daniel O’Shaughnessy failed to connect from a corner.

Finland keeper Lukas Hradecky made fine saves from Rhys Norrington-Davies and Bale but he could do little when Wilson calmly slotted home from Bale’s clever pass. 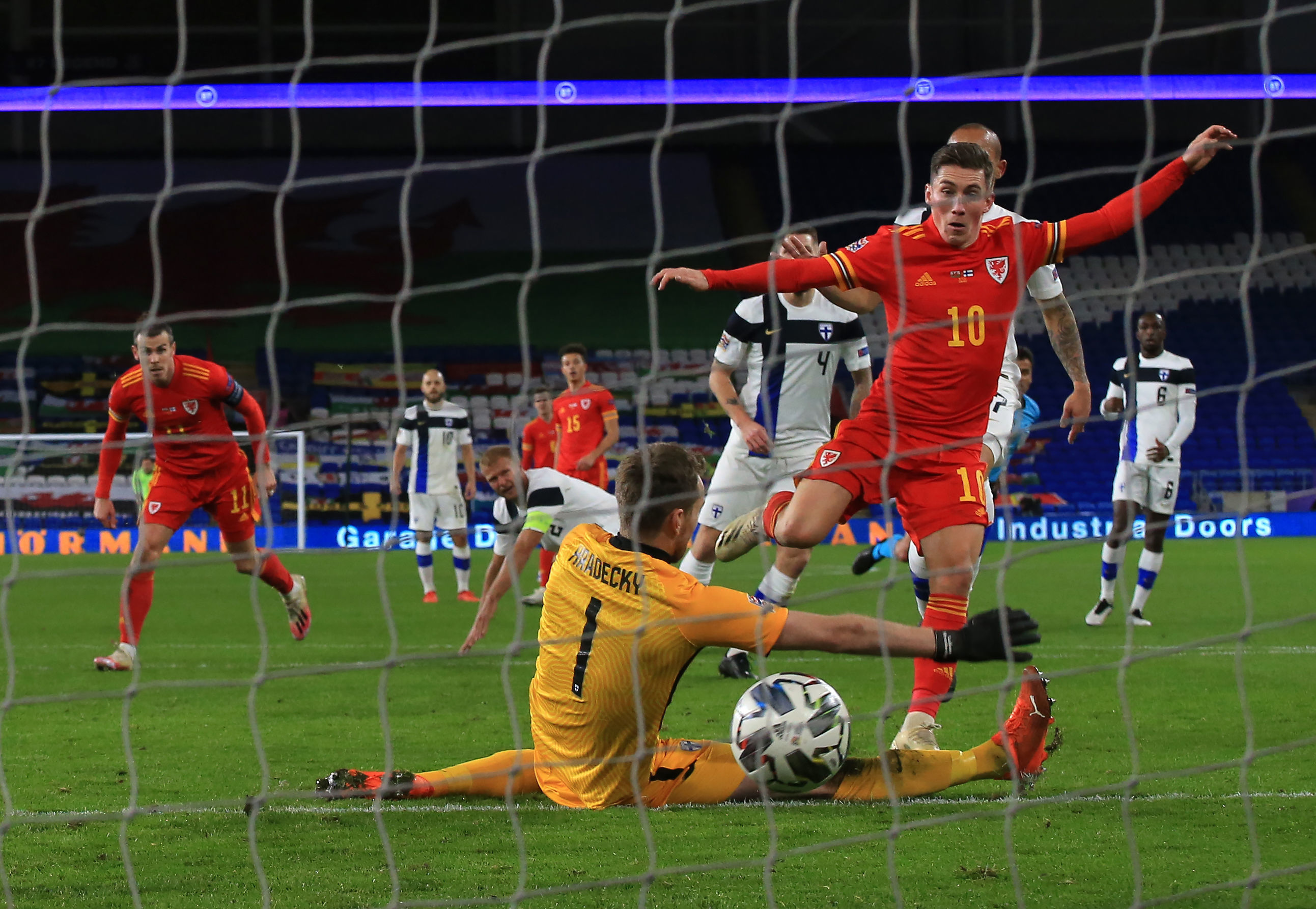 Bale earned a stroke of fortune as his touch from Ethan Ampadu’s forward ball came back off defender Joona Toivio but his radar was in with the second chance and Wilson showed composure to finish from eight yards.

Wales were in total control, Chris Mepham saw a deflected shot fly wide before Norrington-Davies fired over the bar.

Manchester United winger James has been struggling for form at Old Trafford but his rasping shot beat the dive of Hradecky in the first minute of the second period.

And that will only do the 23-year-old the world of good at club level.

A 2-0 lead felt like a job well done for Wales and Bale’s substitution for Tom Lawrence at the hour mark would have got a nod of approval from Spurs boss Jose Mourinho.