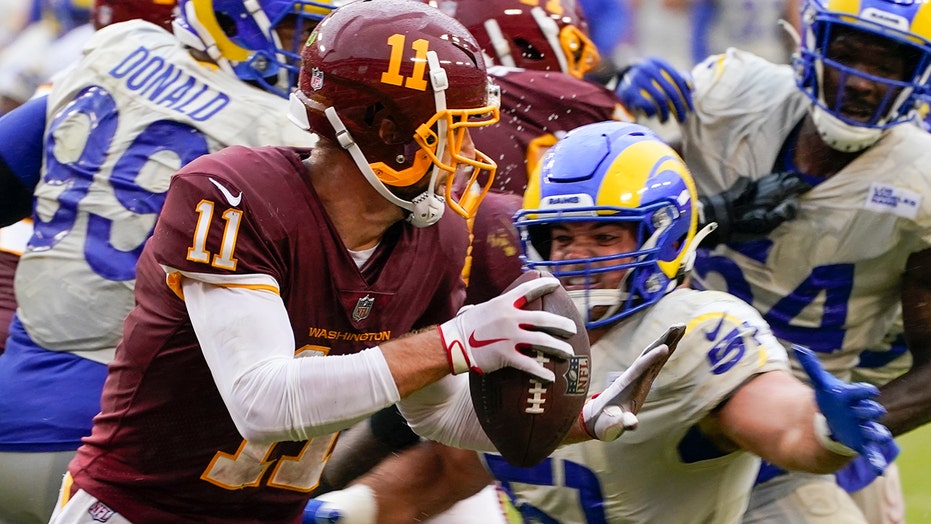 The Washington Football Team has one win this season and is still vying for a chance to win the NFC East division given the rest of its rivals’ sputtered start to 2020.

One Washington reporter noted that despite being very much alive in the division, the team could post a historic futile mark against another team that has been drowning to start the season — the New York Giants.

FRED DEAN, HALL OF FAMER WHO PLAYED FOR 49ERS AND CHARGERS, DIES AFTER CORONAVIRUS BATTLE: REPORTS

“This stat is impossible – Washington has now trailed at halftime by at least 10 points in 7 straight games going back to last season. Per @EliasSports, that ties an NFL record with the Brooklyn Dodgers (1942-1943) and the Chicago Cardinals (1939),” NBC Sports Washington’s JP Finlay tweeted.

Washington might be in luck on breaking the streak. The Giants have started 0-5 this season and have not led at halftime in any of their first five games. Washington, however, has lost four out of their last five against the Giants and in their last three matchups after trailing by 10 or more points at halftime.

Despite the questions around their quarterback situation, Washington may have a decent chance of pulling off a victory against New York given the Giants’ play in the first five weeks of the season.

Washington is 1-4 this season.