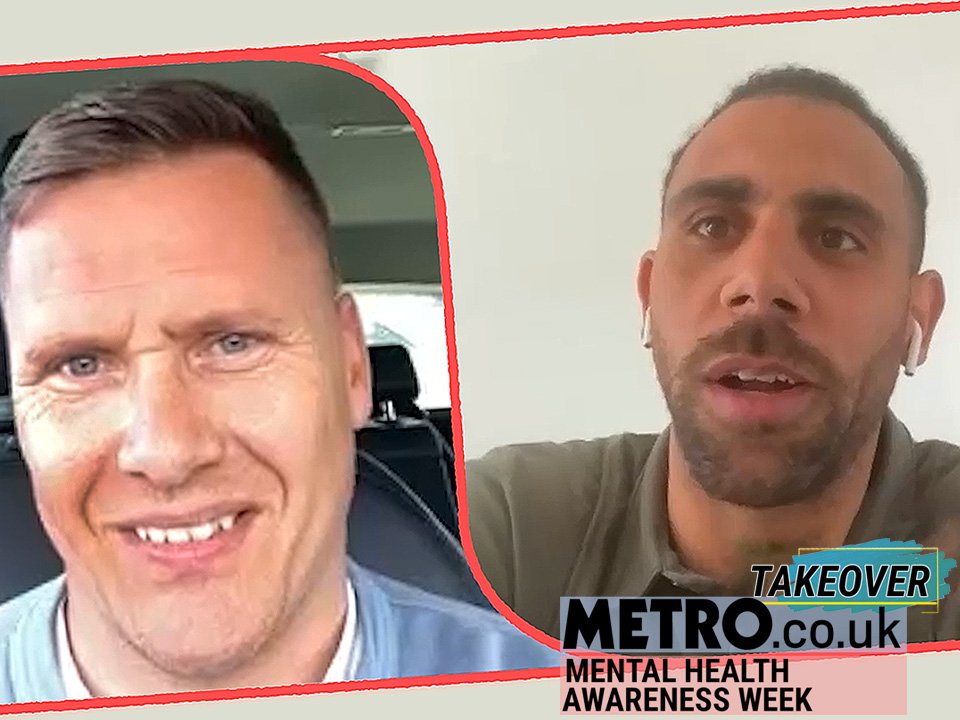 Anton Ferdinand and David Weir were and are two sports stars competing at the very top end of their respective professions.

The 41-year-old wheelchair racing supremo Weir boasts a collection of six Paralympic gold medals to go with his astonishing eight London marathon victories, while Ferdinand spent a decade establishing himself as an elite Premier League footballer with the likes of West Ham, Sunderland and QPR.

Despite achieving a level of sporting success that few could even aspire to, let alone achieve, both found that stardom and adulation did not automatically equate to a sound and settled mind.

Here, in conversation together as part of Metro.co.uk’s Mental Health Awareness Week Takeover, the pair discuss the common ground they share with regards to recognising the signs of depression, treating the symptoms and maintaining an equilibrium.

Why are successful sports stars susceptible to mental health problems?

David: My mental health issues have been with me since I was child, but I didn’t know I had problems. For me I only found out a few years after Rio 2016 where I didn’t perform at my best. A few things happened there where I got accused of throwing a race and they said I messed up the relay. That really got me down, I had a GB coach telling me I’m not worthy of wearing a vest any more.

I felt I was having problems before but then it spiraled out of control. That was going in my head over and over and over again. For all the medals I’ve won, that one comment from someone who shouldn’t really comment on me at all affected me.

It was only after speaking to a counselor who said let’s go back to your childhood that I realised. I told her stories I remembered as a kid. I couldn’t deal with my disability growing up on council estate being different. I wanted play football and ride a bike. Every day I used to cry myself to sleep from six to 16 every night looking at the sky every night asking ‘why did I have to be like this?’ It started for me when I was young. The pressure of wining medals got on top of me. I felt like I was pressured to deliver all the time and putting pressure on myself my mind couldn’t cope.

Anton: The reasons are different (for our struggles), but that moment of realisation is very, very similar. It took something to trigger it for you. A lot of the problems I had were triggered after the racial abuse I received after the incident with John Terry. I went to speak to someone as part of the documentary and she allowed me to understand I struggled because of the trauma. At the time I thought I was OK, I just wanted to play football.

Why did your problems escalate so quickly? 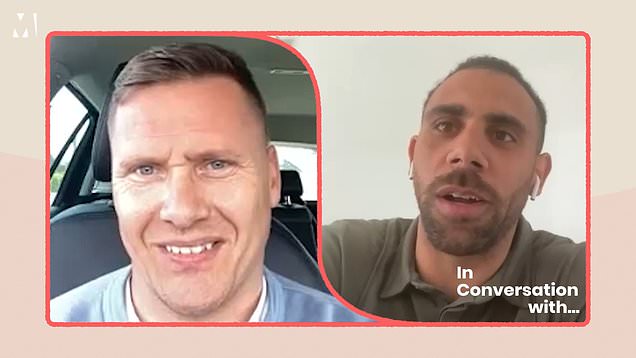 David: I was at the top of my game in 2012, unbeaten and winning four gold medals and then I go to Rio and didn’t perform and I just felt I wasn’t looked after by organisations afterwards. I didn’t want to race for a long time, I broke up with my kids’ mum so I had loads of things going on in my head. My mind just exploded and I thought what can I do with myself? I wanted to pack it in.

But I never missed a London marathon for 21 years. I got myself up to do it, I don’t know how. I remember getting halfway through and I started welling up because I knew I was going to win but something came over me and I said to myself there and then if I win I’m going to tell the media I’m having problems. I need to tell the media what I’d gone through all my life. And that’s what I did.

It was a record breaking marathon win but I had no feeling, I knew there was something wrong. That was the biggest achievement of the day for me, not winning the race but people patting me on the back saying well done for that sort of coming out.

Anton: To win that race and then come out of it, to think about others, to tell your truth that will then help others, that’s where the power is. To me, that’s strength more than anything. As a man, being able to show you’re vulnerable that’s strength and I think there are still a lot of guys that struggle with that which is why they don’t know they’re in a bad place and let go of the bravado of being a macho man.

How has physical fitness been in keeping your mind healthy?

David: I thought at one point it was sport that was making me depressed and it wasn’t. I didn’t realise that until eight months after I’d had a complete rest. I couldn’t go down to my academy to see the youngsters, I couldn’t be around wheelchair racing. I thought it was the sport that was getting me down but it wasn’t until my coach said ‘come back slowly, lets do a couple of sessions’. I got back in my chair and I just started to enjoy the training and now I love it again. I can’t stop training, I love competing again. I realised having that time out did me worse than doing the training. I should’ve kept training and keeping fit. That’s when my mind started getting better.

Anton: I’ve been retired two years and this whole year and a bit we’ve been in lockdown. The thing that’s kept me going, other than my missus and kids, has been training, I do that every morning and that’s kept me sane, kept me in a routine. We like that as athletes, that’s a given.

How did pressure change or affect you after London 2012? 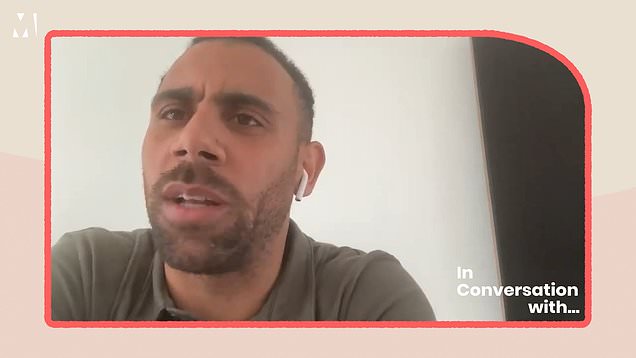 David: It definitely changed after that. You see one comment if I didn’t do well in a race, there’d be comments you’d see on the BBC Sport page like ‘is it time for Dave to retire?’ ‘Is it time for him to do something else’. These little tiny comments really started putting pressure on me after one bad race.

Anton: Again, different but the same. Obviously a lot of the pressure I had growing up as a footballer was being in the shadow of my big brother Rio, who was arguably the best in our position. Like you say, you’d read a comment ‘is it time for you to finish’. For me, if I did something that didn’t liken me to Rio within five minutes of someone watching me I was rubbish. I still see it today. You’re rubbish, Rio is better. I can’t say it isn’t the truth. It is the truth in terms of what he did and what I did in the game. But I’m proud of my career and what I achieved coming from a council estate and coming out of Rio’s shadow, But hearing and reading those comments, they have an affect on me. I don’t know why, I should be used to it since I was nine.

Despite your troubles, do you feel lucky?

Anton: I feel lucky to be here because when I was dealing with issues that I didn’t know I had I didn’t realise until I came out I knew something was wrong.

David: Definitely. I remember my previous agent I rang her and breaking down literally asking her to go to The Priory because I was in such a state, I didn’t know what to do and control my emotions. I needed to be away but luckily I didn’t have to get to that stage.

Anton: It was a weird feeling for me, I didn’t feel like a man when I was coming out of it. I felt slightly ashamed but then I got that realisation that I’m lucky to be here. I was quite ignorant to it when I was in the Premier League thinking ‘what is there to be down about?’ which was ignorant and stupid of me. I had the grief of losing my mother which took it to another level. You lost the love for your spot, so did I. Football was my get out, training or matches and I was able to refocus myself. But when my mum passed away I didn’t have that and I started to panic.

Is there a danger in receiving too much advice?

Anton: I can relate to you when there are so many voices, things become cloudy. And it’s the same when we are within sport, it’s similar. When there are too many voices in your head from different people, when you’re going into what you are doing it can become too cloudy and you can start to overthink what it is you are actually meant to be doing. What you are meant to be implementing, your game plan it becomes a grey area which takes you away from what you want to achieve.

David: That’s exactly what my coach says. She would coach me, be my go-to person if I was struggling with races or stuff, she was my mum at some points. I say to the young lads when you go to races mingle and talk to other athletes but don’t take it in because you’ve got me, you’ve got Jenny. They are just trying to put you off or make things worse because they are competing against you. Just don’t listen concentrate on yourself and focus what you need to do on that day.

How did it feel to be accused of not wanting to compete? 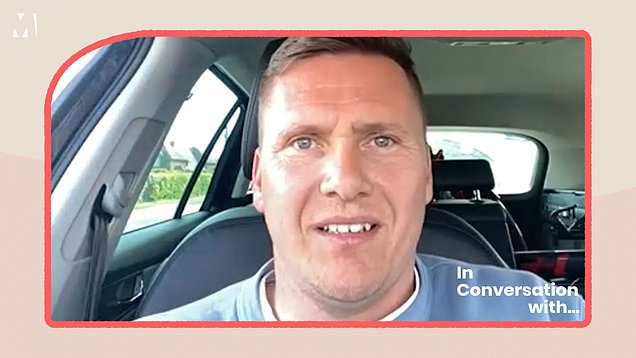 Anton: I’m someone who was accused of once not wanting to play a game. This was in pre-season, I had a slight hamstring injury and the manager and assistant manager were half accusing me of not wanting to play. That hurt me deeply, that they thought I wouldn’t’ want to play. If they had taken time to get to know me as a person that would never have entered their heads.

David: When it got to the relay (at Rio 2016) for whatever reason I had no energy in my leg. I couldn’t get up to speed it just didn’t go to plan. I then went to the warm-up track and the coach came over to me saying ‘you’ve let us all down, you’re a disgrace to the country, you’ve done that on purpose to annoy me’. I was swearing. That’s not in my make-up, I’m born to win that’s what I do. It was so embarrassing. I just went into this hole and wanted the ground to eat me up. I had nobody, I felt like I wanted to run away and Tanni Grey-Thompson was the only person who got in touch and asked if I was OK.

Anton: Those words are so simple and so powerful. Forget everything else ‘are you ok?’