GREMIO'S clash with fierce rivals Internacional descended into chaos after EIGHT players were sent off following a brutal scrap on the field.

It was the first time the Porto Alegre derby in the south of Brazil was taking place in the Copa Libertadores. 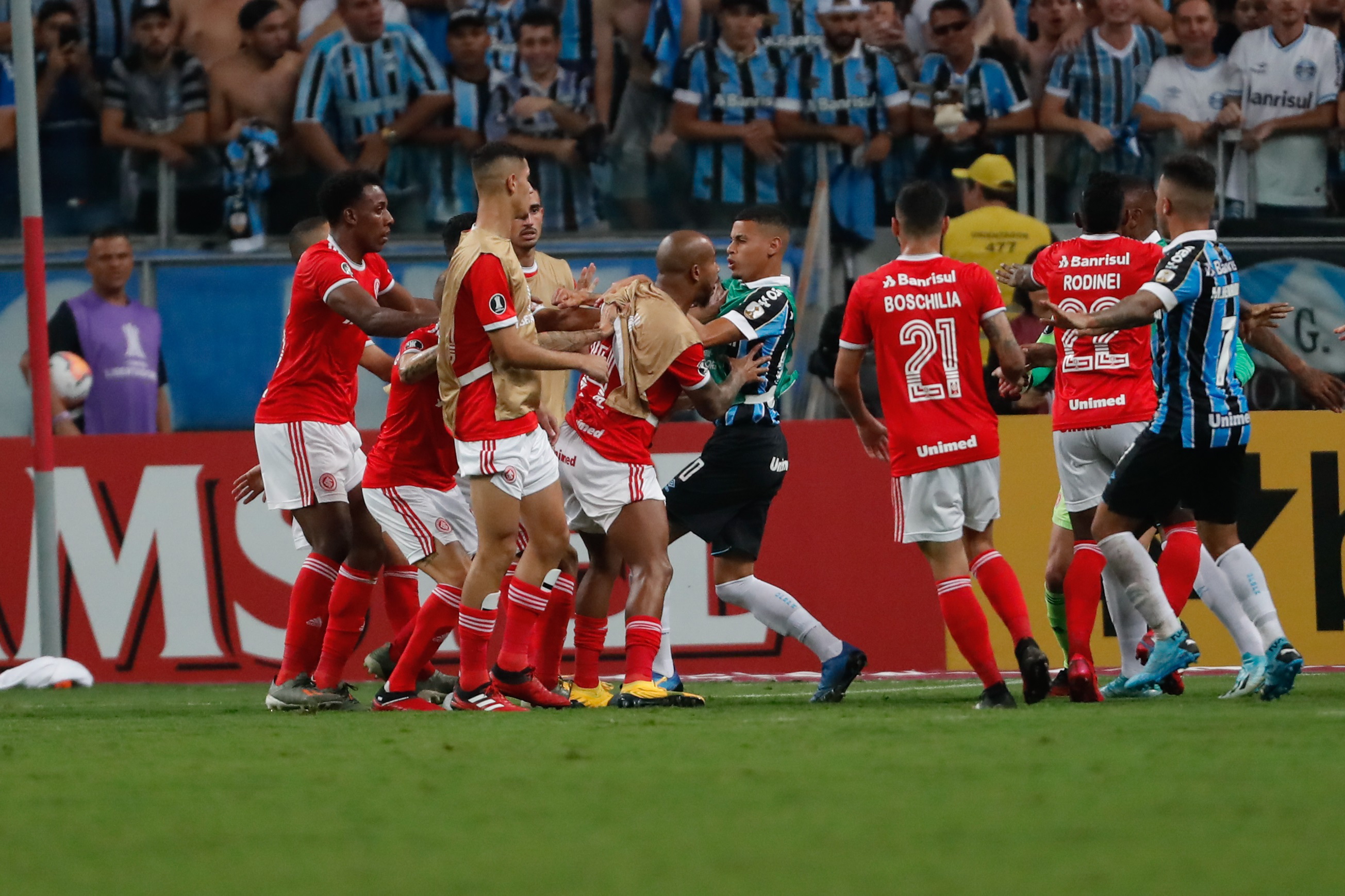 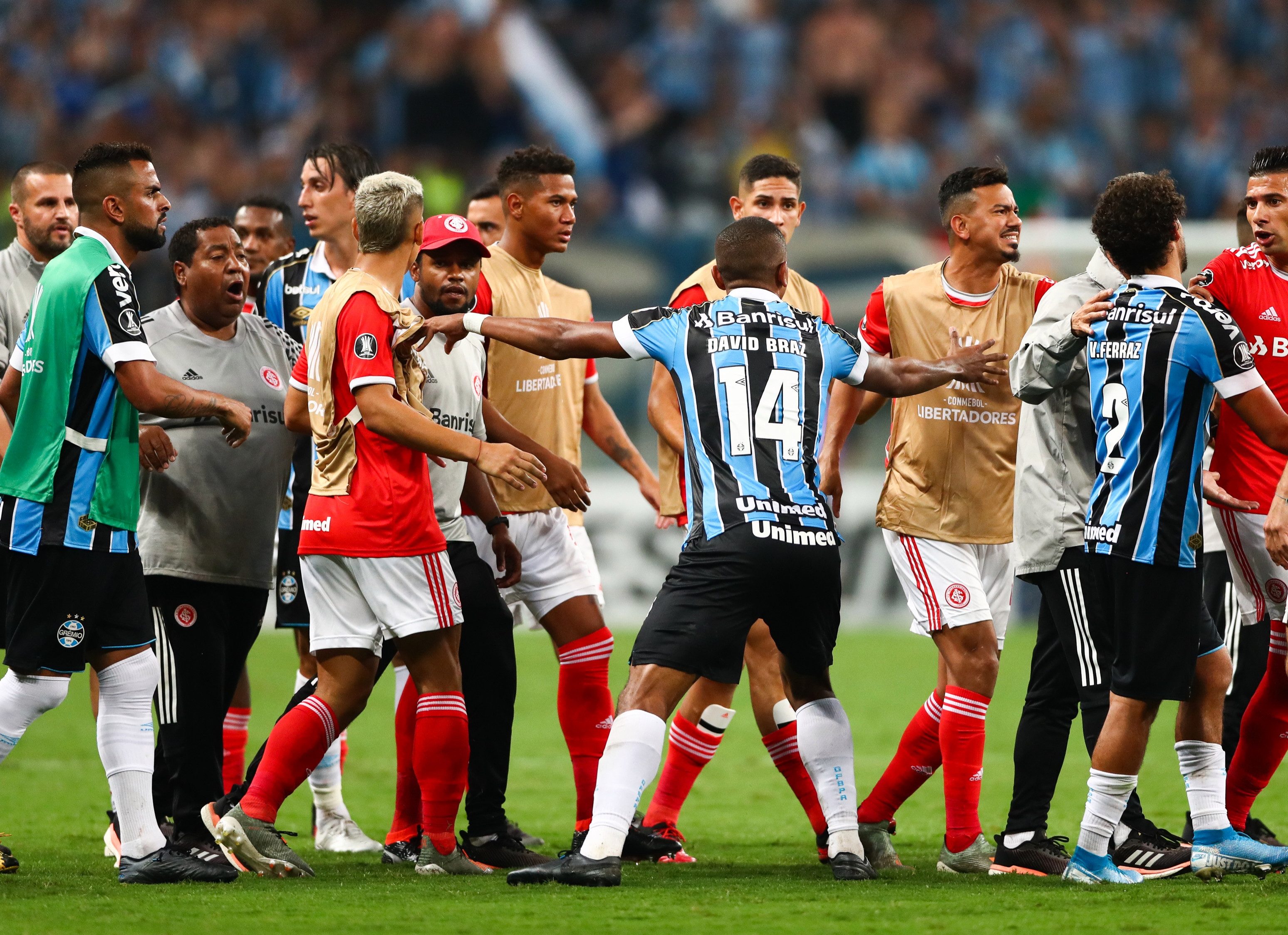 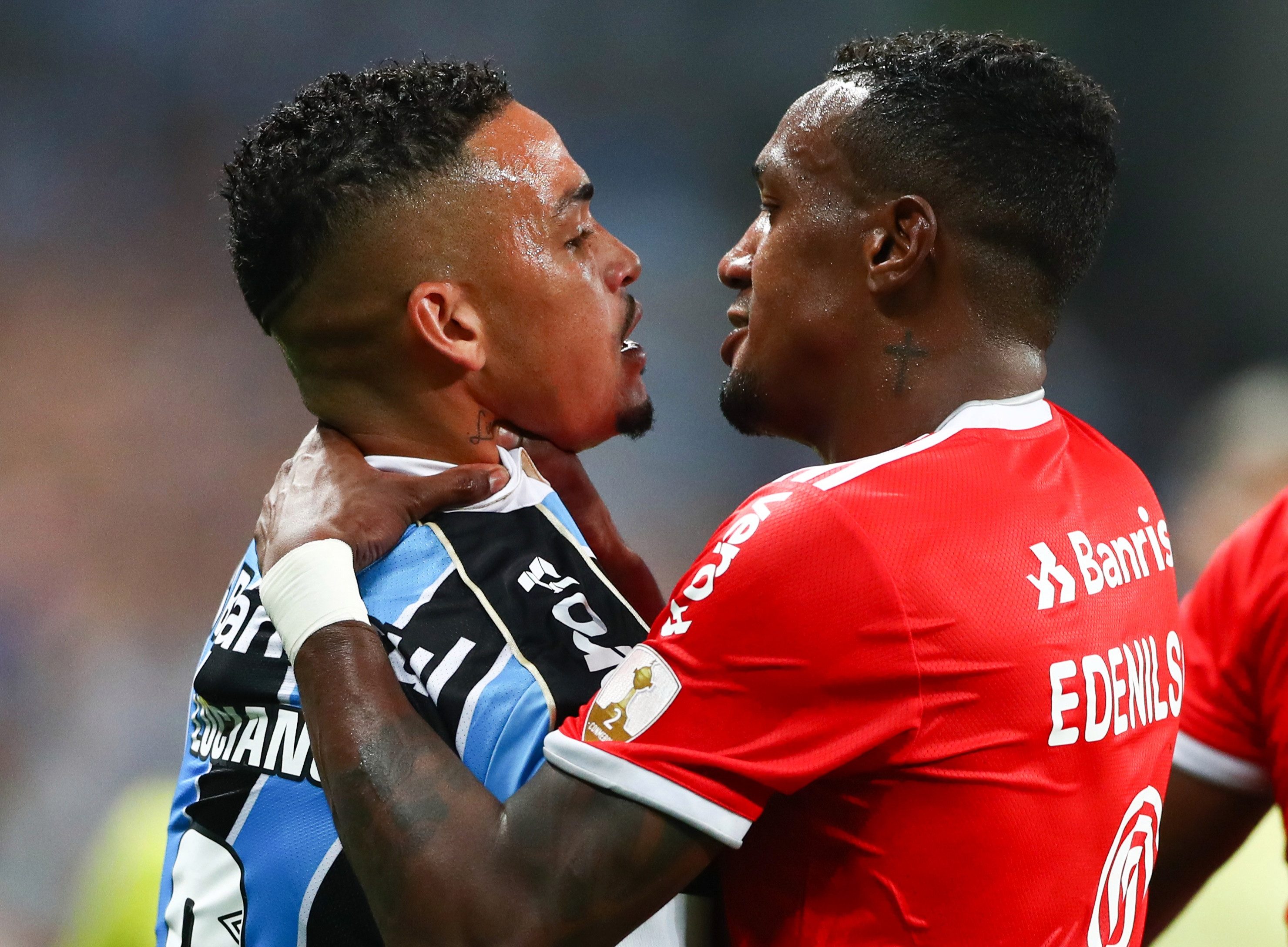 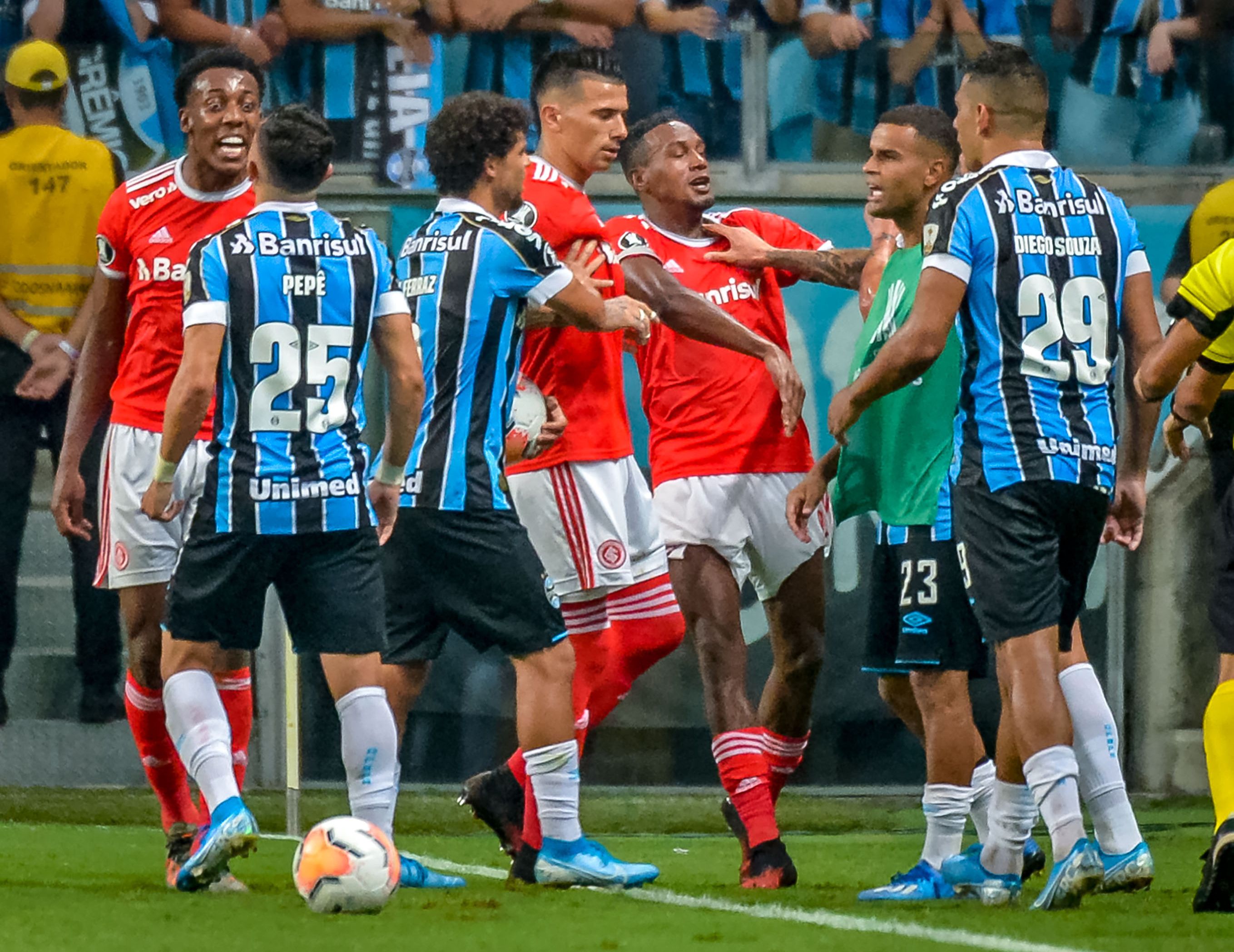 The atmosphere inside the stadium is always hugely intense when the two neighbours meet.

But tempers boiled over on the field when the tie was heading towards a goalless draw.

Any lack of match action was soon forgotten about when Internacional's Edenilson squared up to Gremio's Luciano da Rocha Neves.

It sparked a mass bust-up among both sets of players and staff as they descended onto the field.

Video footage shows players grappling with each other on the ground, hands around throats, while others are kicking and punching each other.

Not even the officials could believe the remarkable scenes that unfolded in front of their eyes.

When the trouble eventually died down, the referee consulted his officials before brandishing eight red cards.

Despite both teams finishing the game with seven men, it was still some way off a Copa Libertadores record. 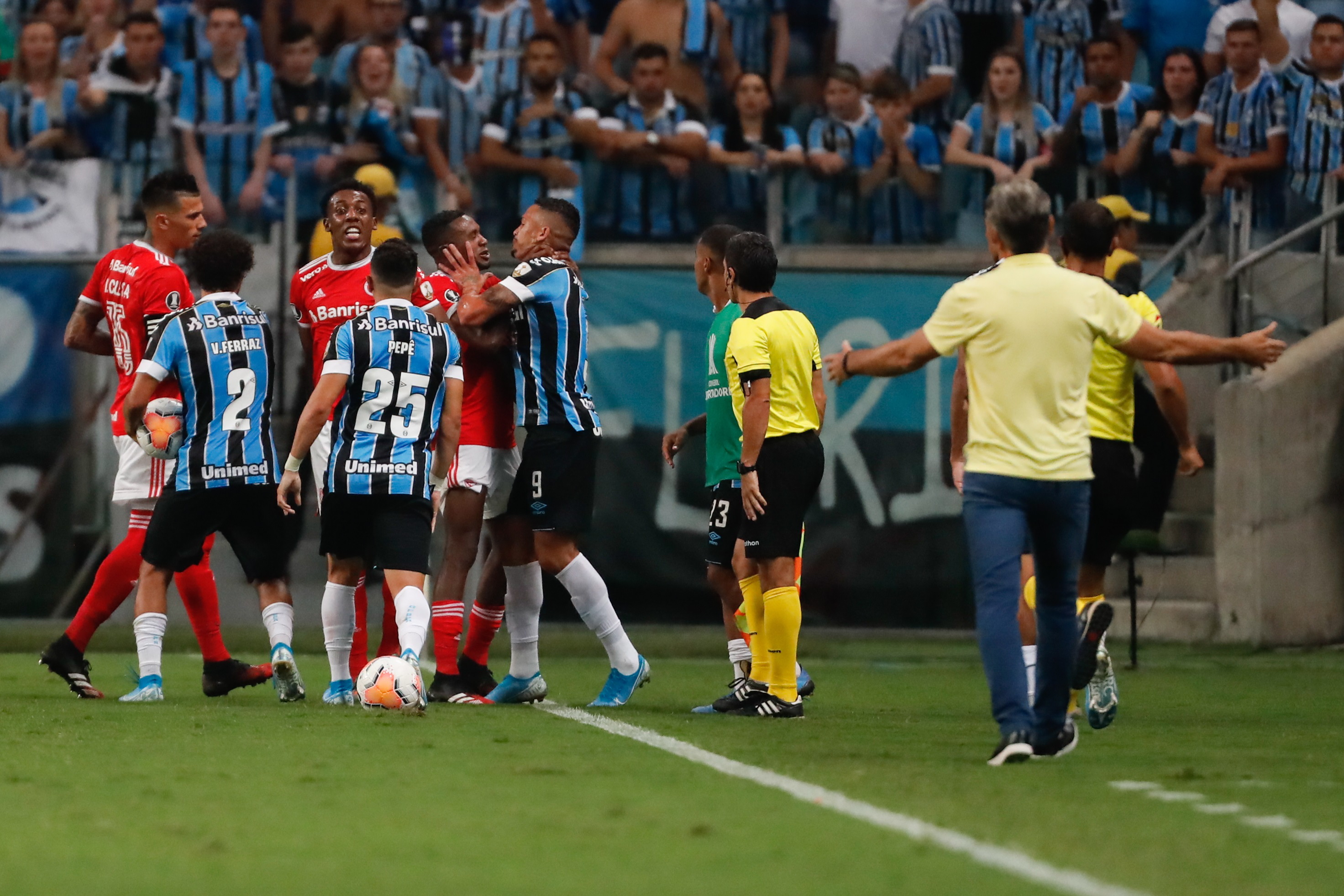 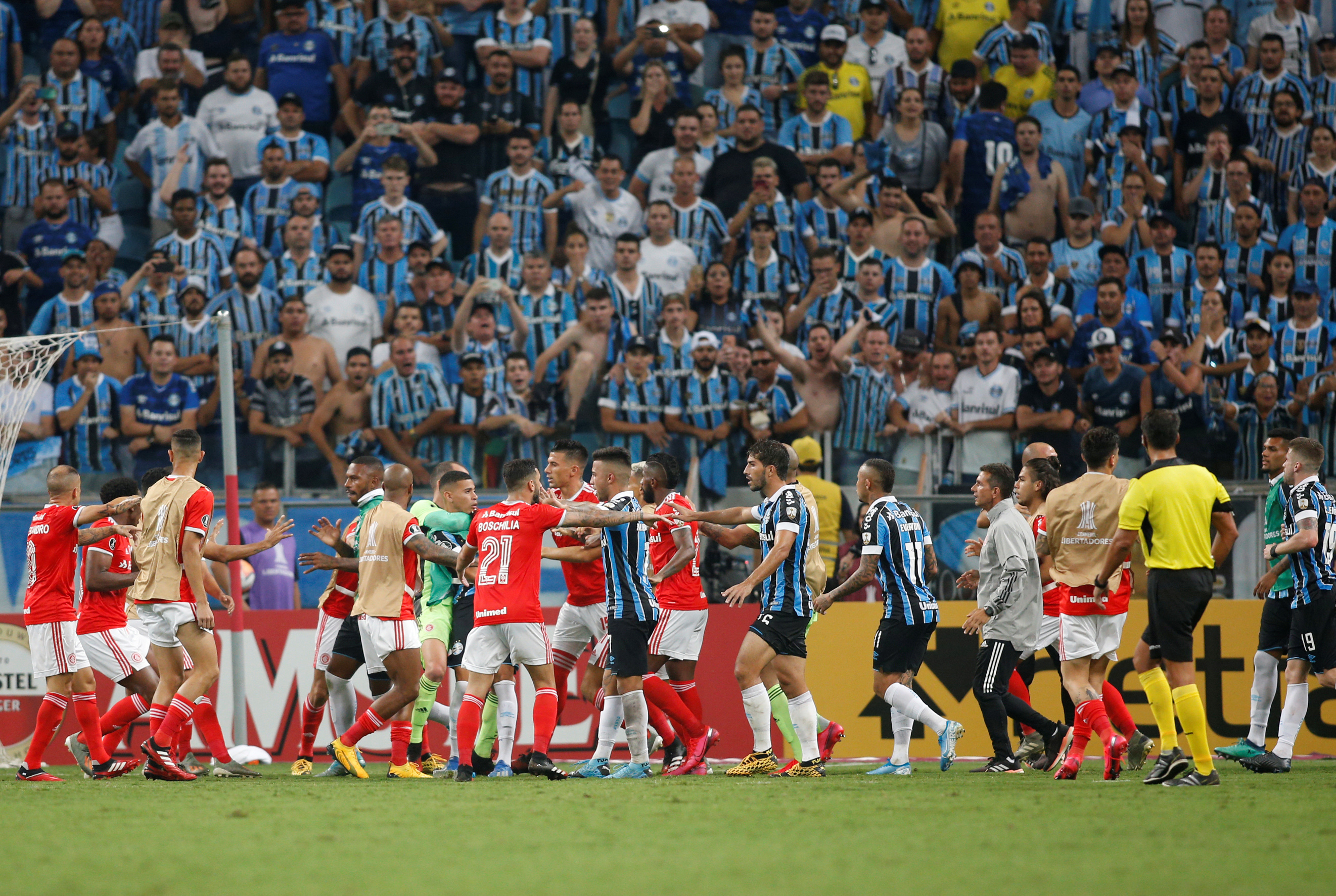