WOMEN'S football star Shirley Caicedo has been sent off… for kicking a referee in the NUTS. 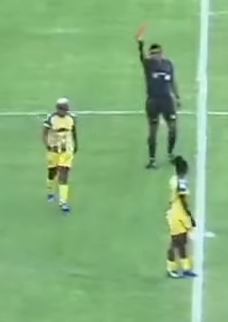 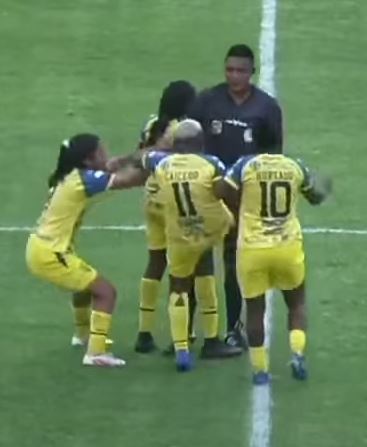 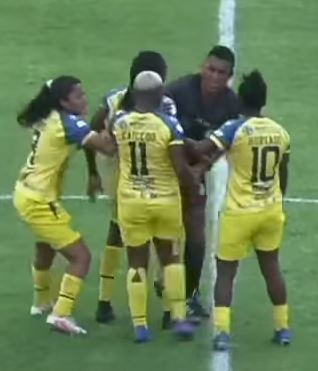 Caicedo, 19, helped her side take the lead in a recent home clash with Club Nanas.

But tempers flared as the visitors went 2-1 in front in added time.

Bleached-blonde Caicedo first picked up the ball and booted it at the hapless official, narrowly missing his head.

She then joined a posse of angry Leonas players confronting the ref – and kicked him in the groin before shocked team-mates could usher her away. 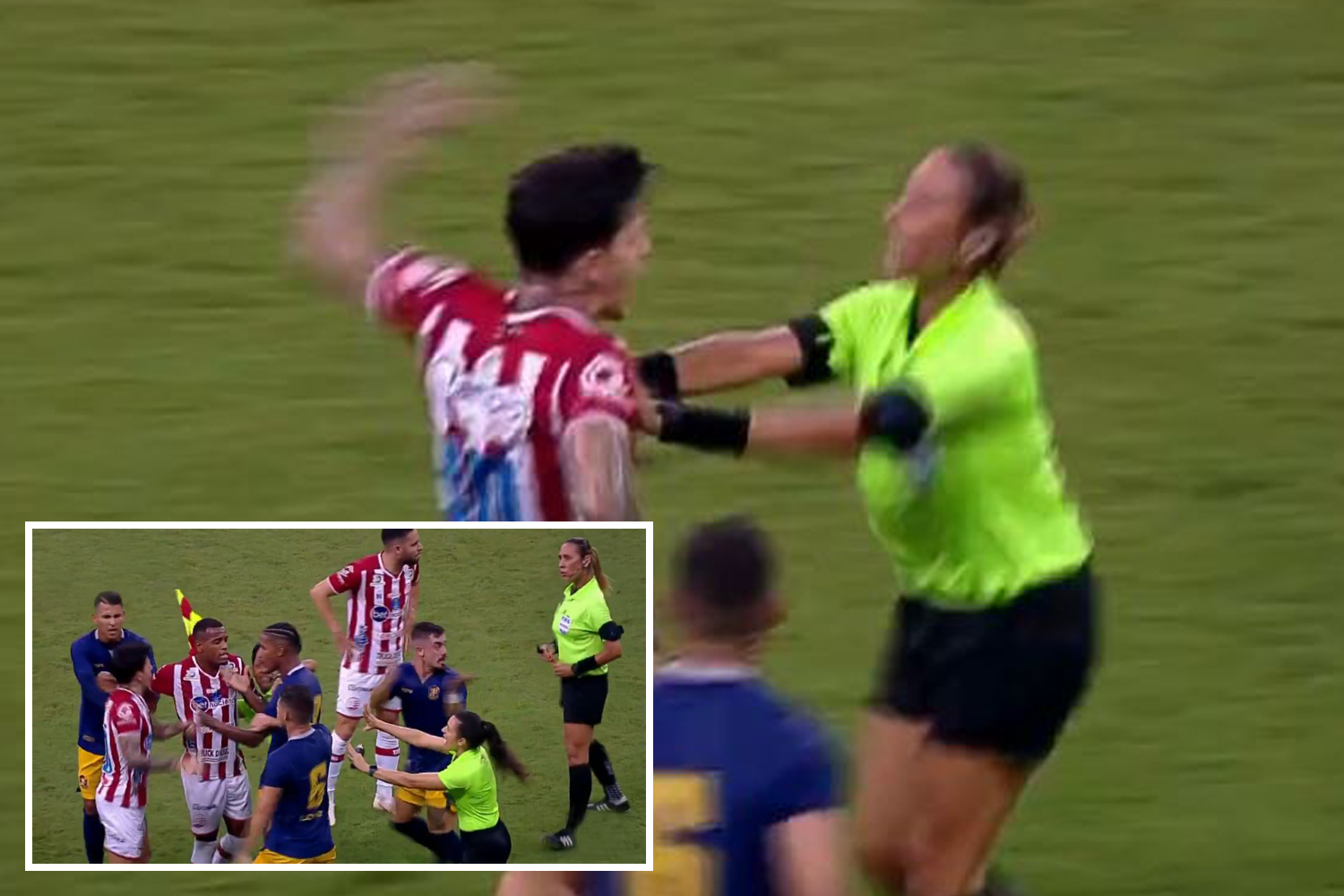 Villarreal vs Liverpool – Champions League: Get £30 BONUS plus £10 casino credit

The official bravely stayed on his feet despite the agonising pain.

But Ecuador's FA has opened an inquiry, and hot-tempered No11 Caicedo could face a lengthy ban.

Images of the incident have since gone around the world.

One observer wrote: "That ref must have balls of steel. He barely reacts!"

This wasn't the only worrying incident involving a referee to have happened in the last week.

Over in Brazil, a match descended into chaos when a red carded men's player ran after a female referee.

Nautico player Jean Carlos took issue with the referee's decision during his side's clash with Retro – having to be held back by his team-mates.