DEONTAY WILDER was instructed by his trainer to work on 'feints' and an 'educated left hand' while training to fight Tyson Fury.

The American heavyweight was due to face Fury in a trilogy bout on July 24 in Las Vegas. 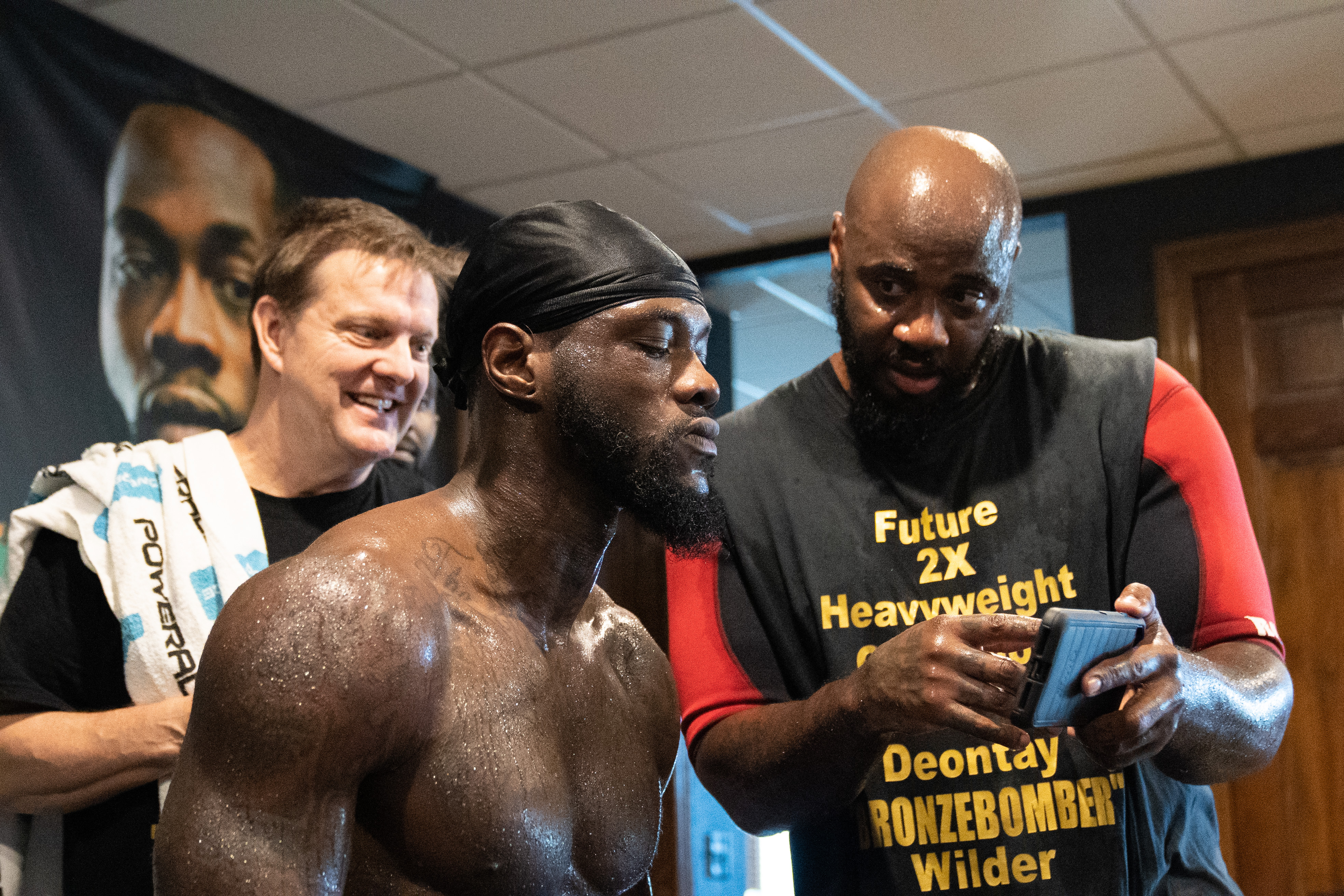 But the WBC champion was forced to withdraw after testing positive for coronavirus, with the fight rescheduled to October 9.

Still, Wilder, 35, remains focused on regaining the belt he lost in February 2020 and avenging his only professional loss.

In a video uploaded by his trainer and ex-opponent Malik Scott, 40, the trainer is heard giving tactical advice.

Scott, who was knocked out by Wilder in 2014, said: "Feints, an educated left hand. Being creative.

"All of that creates a comfortable environment for what we wanna do."

Wilder, who first drew with Fury in 2018, only forced through the third fight of their series after taking his rival to arbitration.

It came after the Gypsy King, 32, tried to walk away from their contracted rematch to instead fight Anthony Joshua, 31, in Saudi Arabia.

But the mediator awarded Wilder the verdict and handed the former champ a career lifeline.

Fury's dad John argued another defeat inflicted by his son could be detrimental for the hard-hitting Bronze Bomber.

John told Boxing Social: "They cherry-picked him the first time thinking, 'He's been out of the ring for years, he's been abusing himself. We can't lose.'

"But every time Tyson, when he's in that ring, he changes his full job.

"He can look terrible in a training camp, but when he gets in that ring, he's a different man, different animal. And they got it wrong twice.

"If he's not dead, he'll be an invalid, which is a silly man.

"But if they want to sell their soul and put their life on the line for money, which I'm sure they will, get on with it."