ITALY fans have taken over Wembley ahead of their Euro 2020 semi-final with Spain.

Covid-19 travel restrictions meant supporters from both countries were unable to fly to these shores for the game. 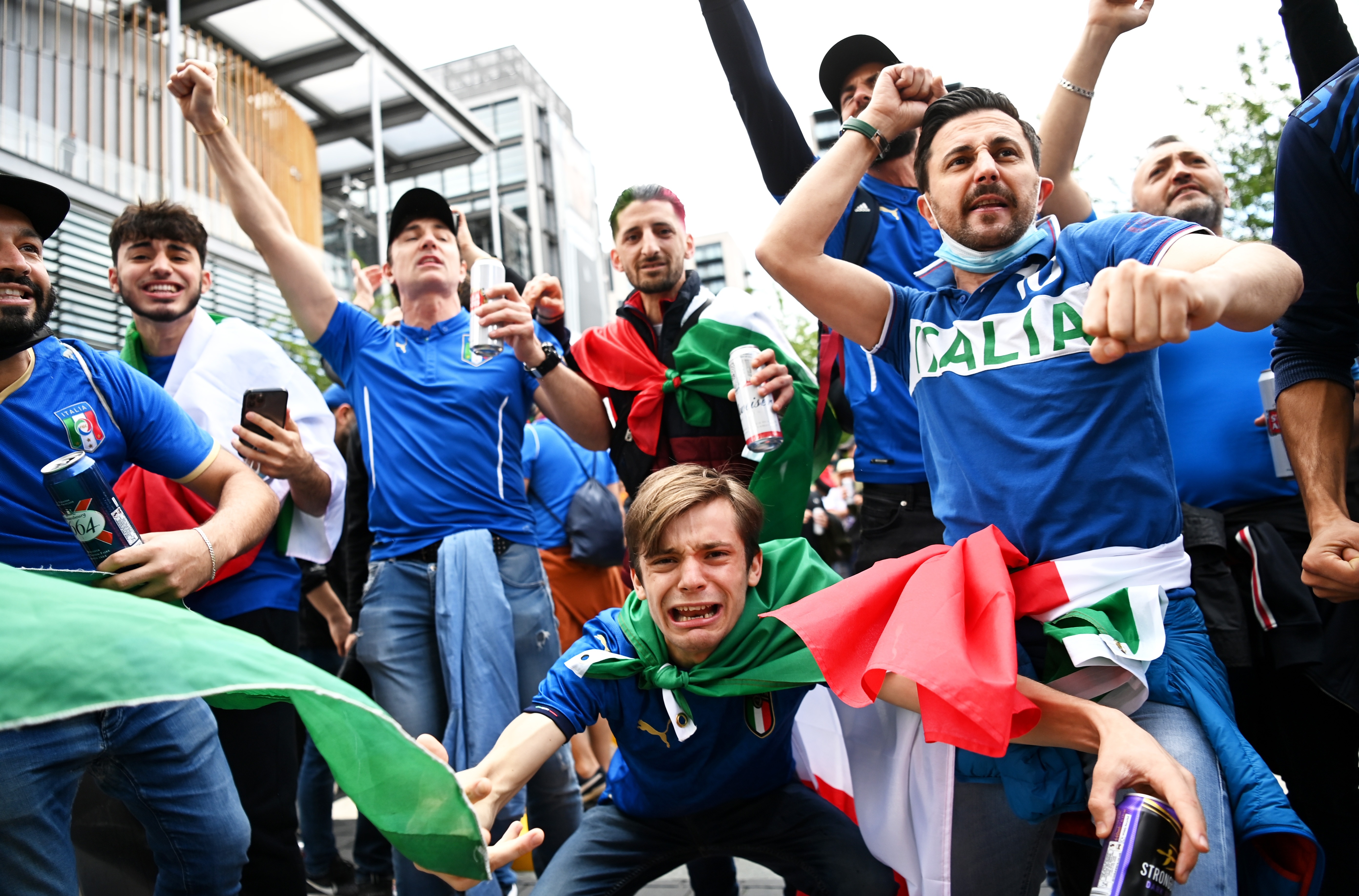 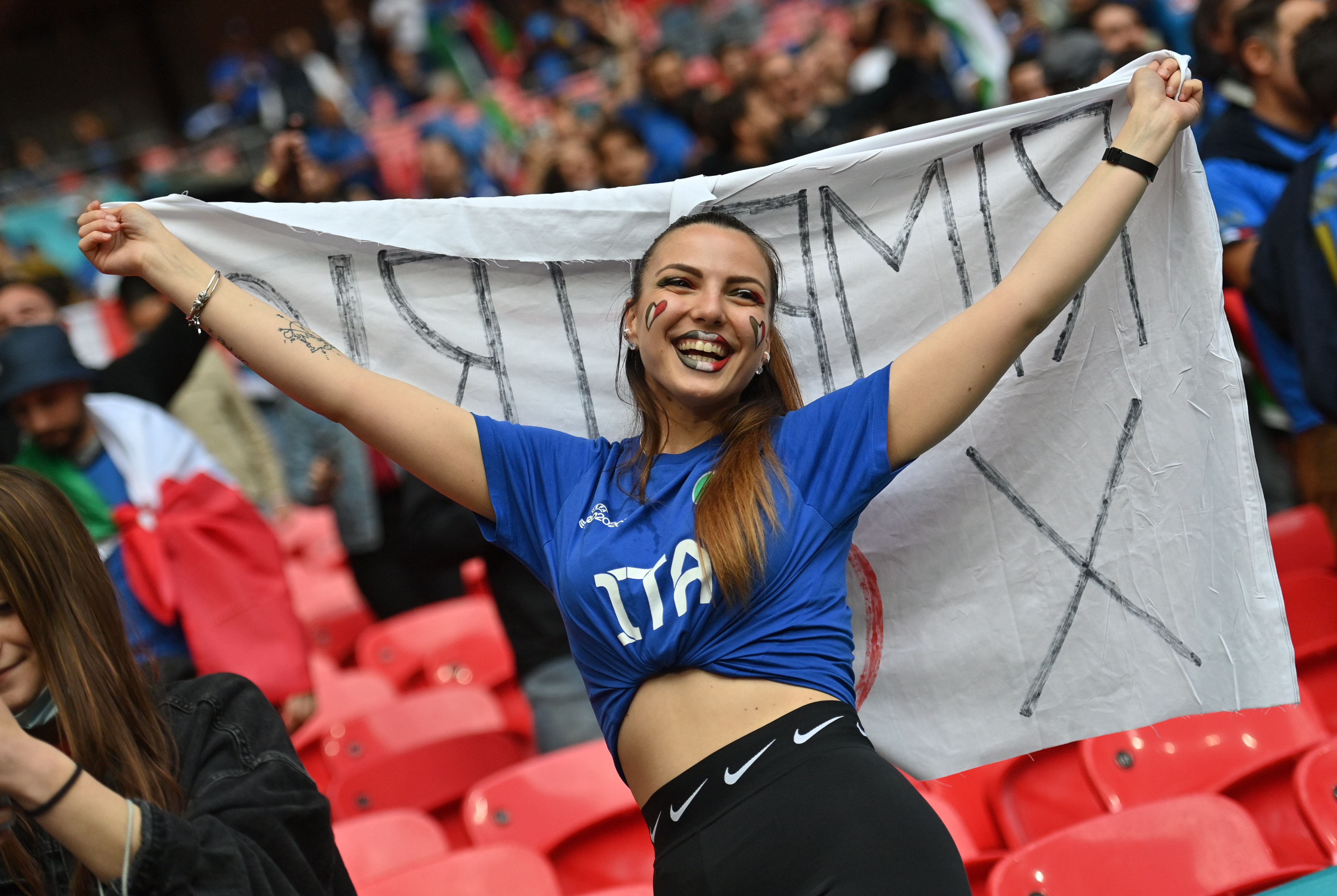 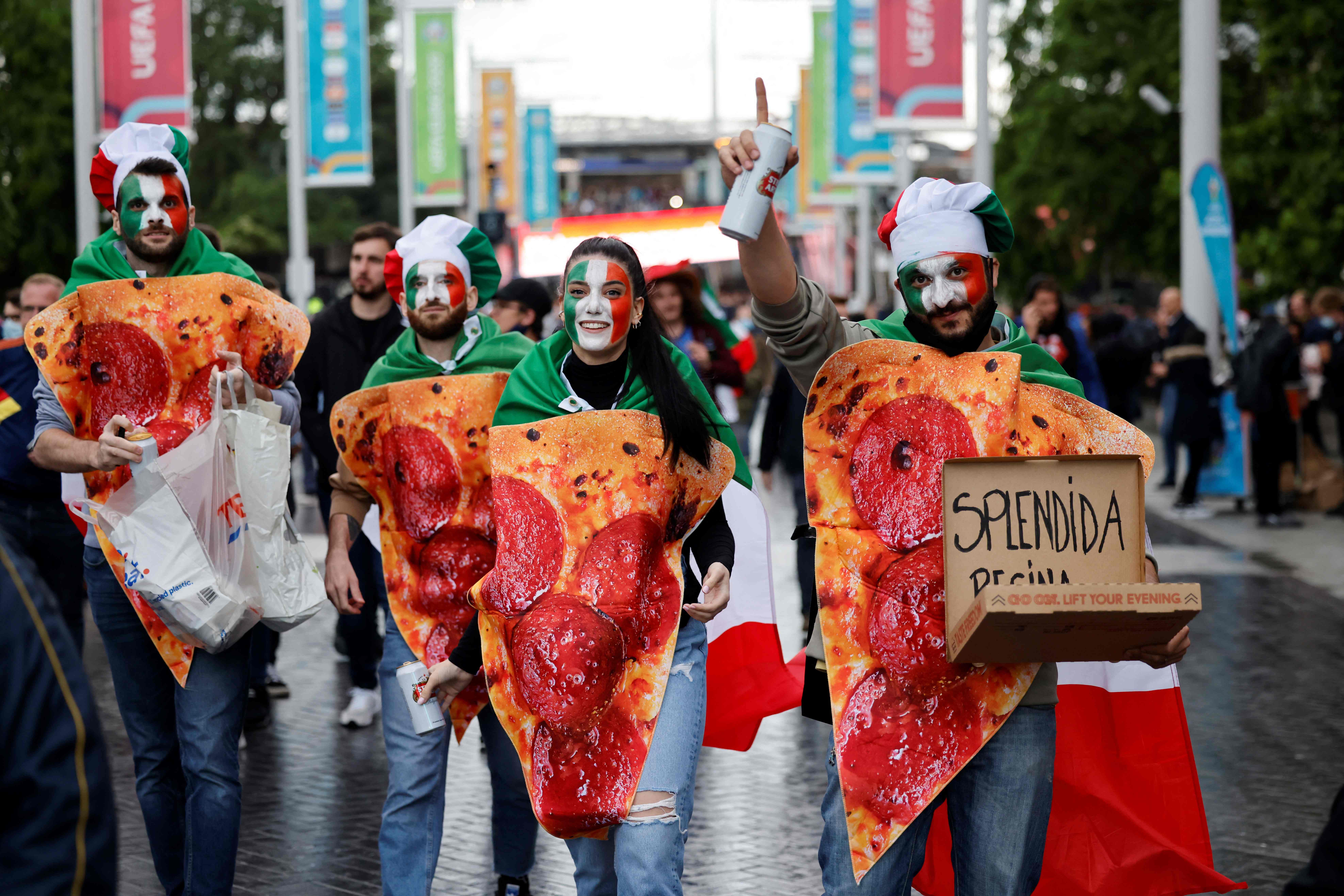 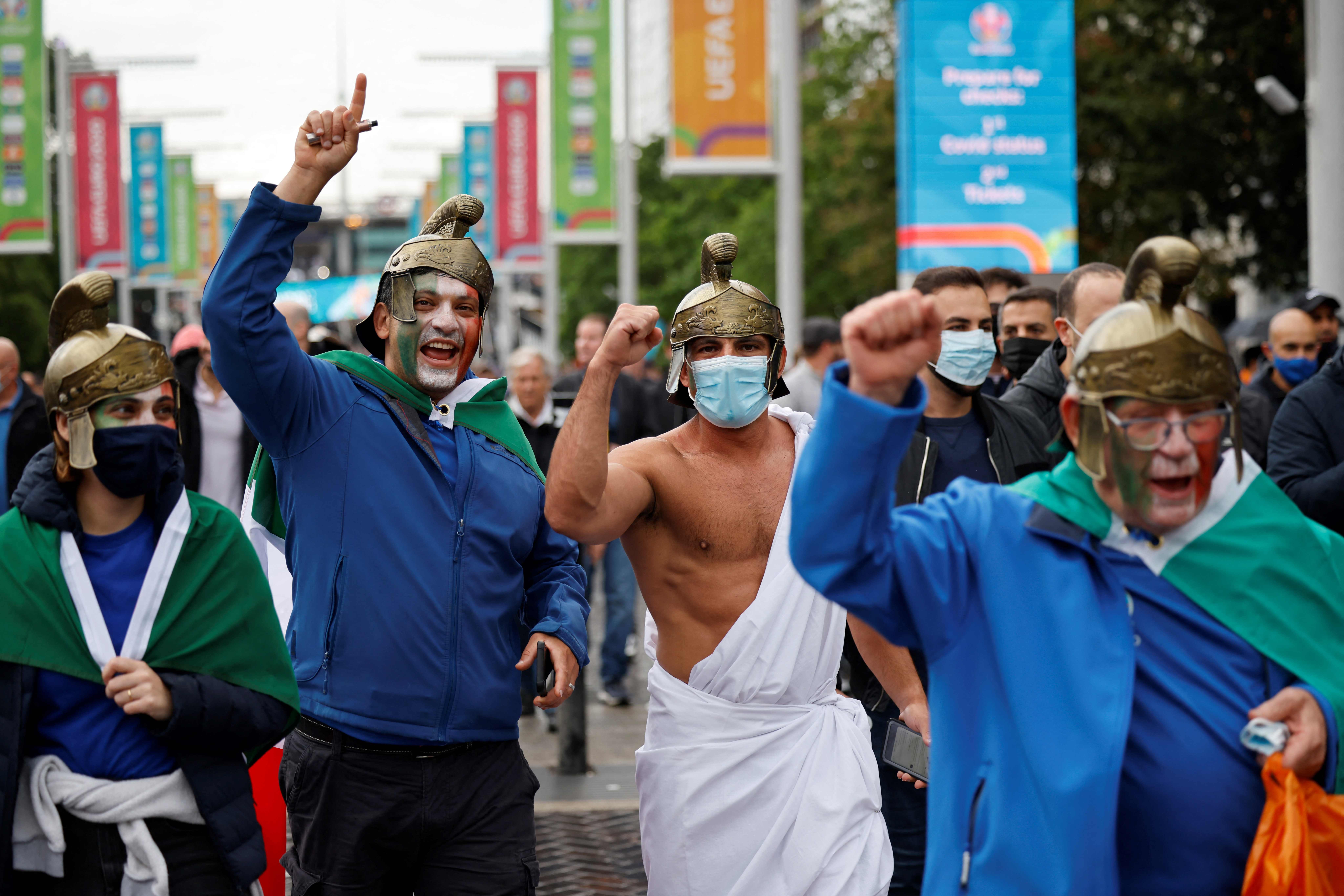 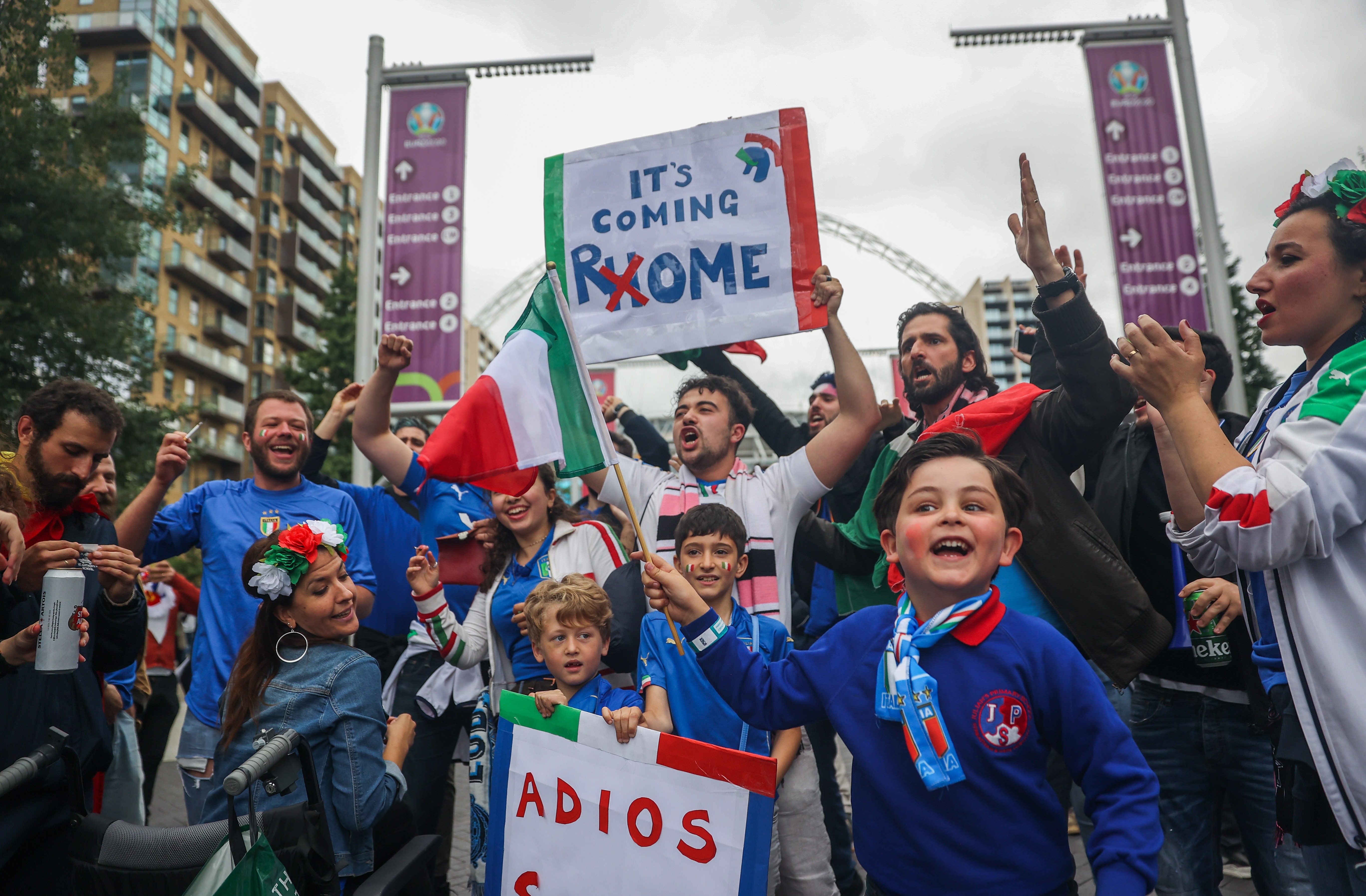 But that has not stopped thousands of those following the Azzurri from painting Wembley Way and the surrounding area blue.

With an increased capacity of 60,000 for the tie, it appears the Spanish are set to be outnumbered at the National Stadium judging by the scenes outside it pre-match.

As well as the thousands of blue shirts on show, there were nearly as many Italian flags as they ignored the dire weather to sing and chant before entering the ground.

And even though it looks like his side will be enjoying most of backing inside, Italy boss Roberto Mancini has already declared he feels the fan situation is unfair.

The much-fancied Italians have emerged as favourites for the showdown with Spain following their impressive displays so far at the Euros. 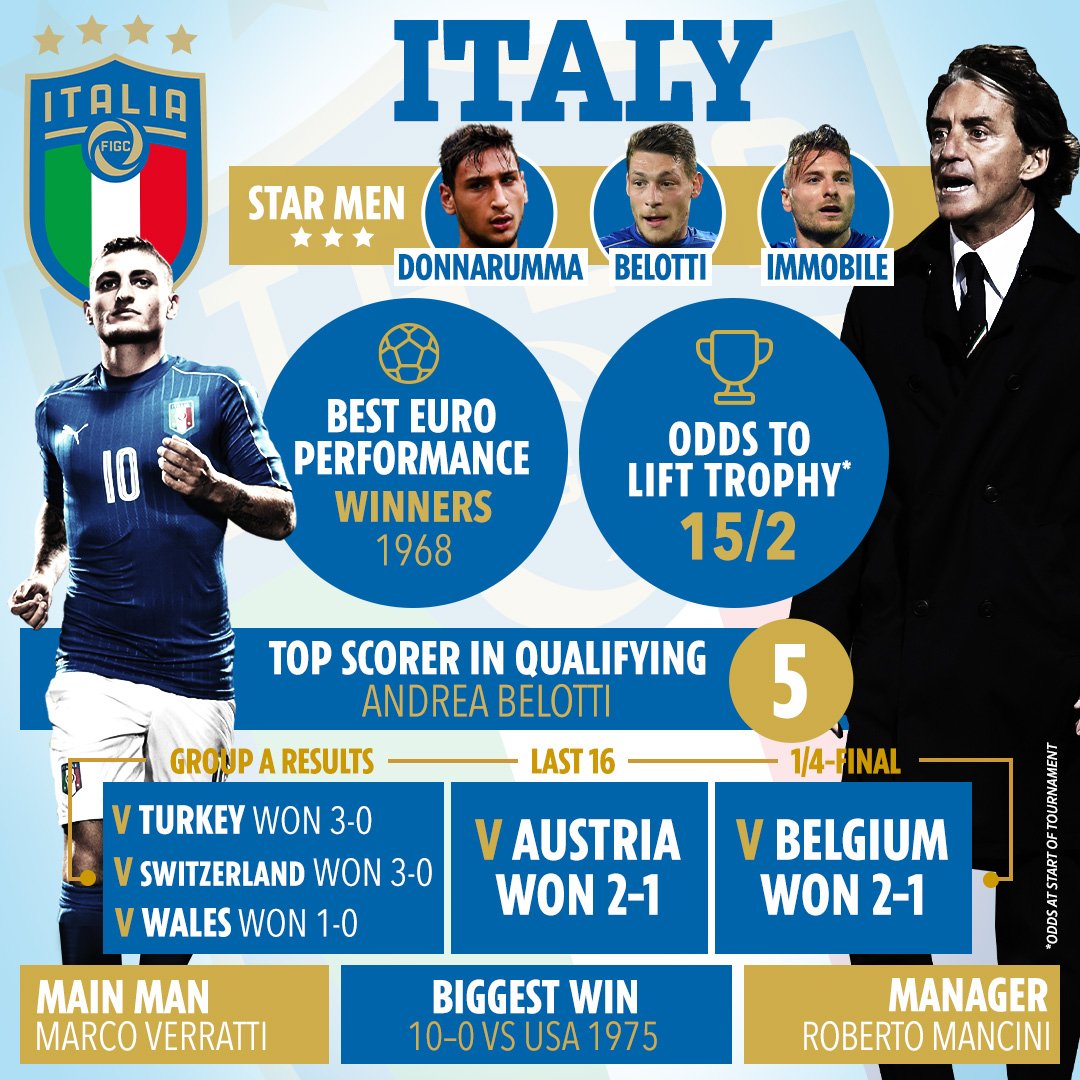 Mancini’s men go into the game unbeaten in 32 – smashing a national record that was set in the 1930s.

They are also riding in on a 13-match unbeaten run after overcoming Belgium 2-1 last Friday in the quarters.

That was expanded to 45,000 for the knockouts and it will now have 60,000 there for both semi-finals and the final on Sunday.

And if Wembley residents thought the Italians were making a racket tonight, then the volume is expected to be turned up a notch when England take on Denmark to determine who faces the victors of the Azzurri or Spain to lift the trophy.